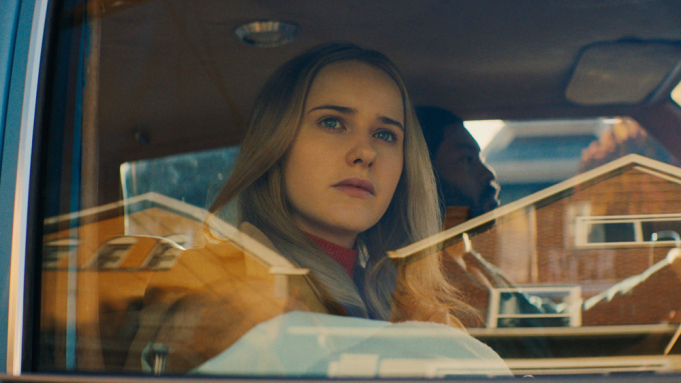 Even though this movies sees wide release in December, I couldn’t leave it off of my festival schedule, and boy oh boy am I glad I took this one in. Complex characters and shocking plot twists, all in service of a story that brings a female flavor to one of my favorite, typically male-dominated, subgenres: The ‘70s-set crime thriller.

There’s gun play, car chases, sudden moments of cruel violence, and a few bumbling mobsters to boot. There’s even a scene in a colorful disco (which soon turns mostly red, if you catch my drift). Everything you love about crime thrillers is here, yet all of it is exciting and fresh. Rachel Brosnahan plays Jean, the wife of Eddie, a decently well-respected mobster. The couple has struggled with having a child, but one day Eddie comes home with a baby in his arms. No need for Jean to worry about the particulars, as Eddie has worked everything out, whatever that means. Here, honey, have a baby. It’s ours now forever. This is jarring for Jean, but not nearly as jarring as when, shortly after the baby arrived into her life, Eddie

makes a fast exit. He’s nowhere to be found, and his lackeys have sent Jean on the run. She and the baby are not safe at home, so she’s going to have to hide until everything shakes out. The film follows Jean as she grows from “mob wife who needs protection” to “woman in charge of her shit, who’s going to fix everything on her own terms.” This growth is sometimes chilling, sometimes hilarious, but always powerfully realistic and human, even in a story that benefits from a heightened aesthetic. The score is filled with screeching strings and powerful percussion, but often gives way to needle drops from Aretha Franklin. This thing oozes style, but is never gaudy about it. Period accurate costumes and design add to the delight (the ‘70s were the best period for aesthetic choices if you ask me, someone who wasn’t born until the ‘80s).

Perhaps most remarkable is the way the script (by Julia Hart and her husband Jordan Horowitz) is able to invoke so many layers to each and every character without an ounce of dangling exposition. Very well done.