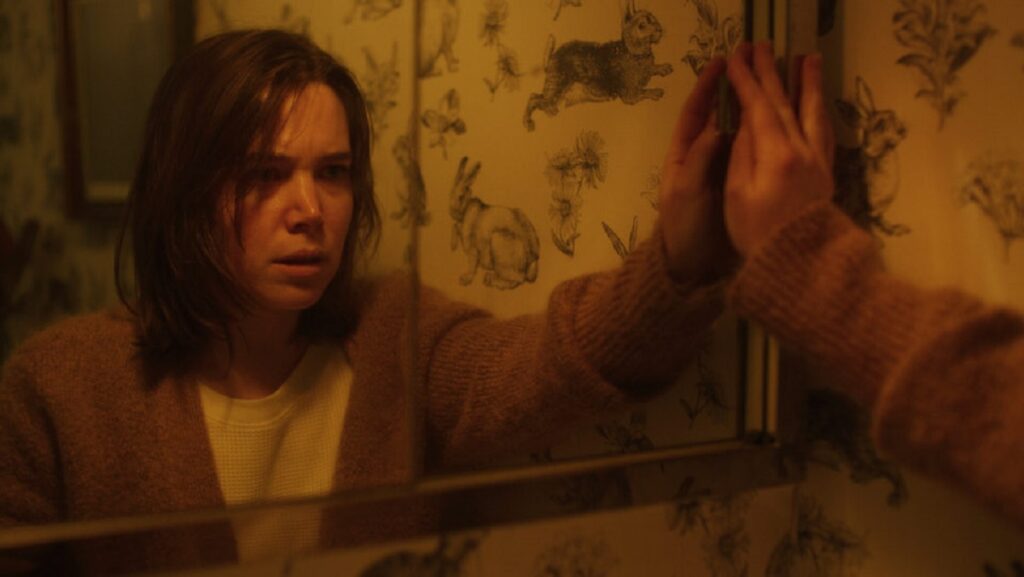 Writer/director Amelia Moses proves herself a talent to watch with this moody tale of mistrust, set in a remote cabin (where so many good genre movies take place). Lee Marshall plays Rowan, a young woman who is invited to said cabin alongside her friend Emily (Lauren Beatty) and Emily’s boyfriend Brendan (Aris Tyros). The paradigm shared between the trio is one we’ve seen a billion times before. Emily and Brendan are impossibly happy, while Rowan is acting as the third wheel. We get the sense that Emily is doing Rowan a favor by inviting her along, as evidenced by both Rowan’s shy exterior and what appears to be some reticence coming from Brendan. Still, once the revelry starts, all seems to be just fine.

Shortly after the staycation begins, Rowan starts feeling sickly and weak, while Emily starts acting just a bit too motherly toward her. Rowan is given mysterious beverages to “help you sleep” while constantly being pressured to just stay in bed until she feels better. Now it could be some innocent care from a friend, but Rowan begins to expect something much more sinister — Emily might be stealing her blood.

Sounds insane, but all the pieces are there. Or are they?

Moses keeps things deliciously ambiguous, forcing the viewer to look past every word, every act of kindness, every surface-level expression, and every dubious behavior looking for answers. Is Emily really gaslighting her friend for vampiristic purposes, or is Rowan losing her mind? This duality is apparent in just about every scene, as we wonder whether there is a sly cat and mouse game going on, or if we’re just misreading things. Kudos to Lauren Beatty for really riding this line in every moment. There a point in the film where Emily’s every word can be read at polar opposite intentions, while our audience surrogate exhibits signs that she may not be the most reliable narrator.

Bleed With Me is not a relaxing watch, even if it’s a bit of a slow burn. But it’s the best kind of slow burn. I found myself unable to pull my eyes from the screen, for fear I might miss the one little detail that lets me know who’s in the right. No relief from the tension is granted, which tees everything up for a truly disturbing finale. Amelia Moses is a name I am positive we will be hearing a lot more of.