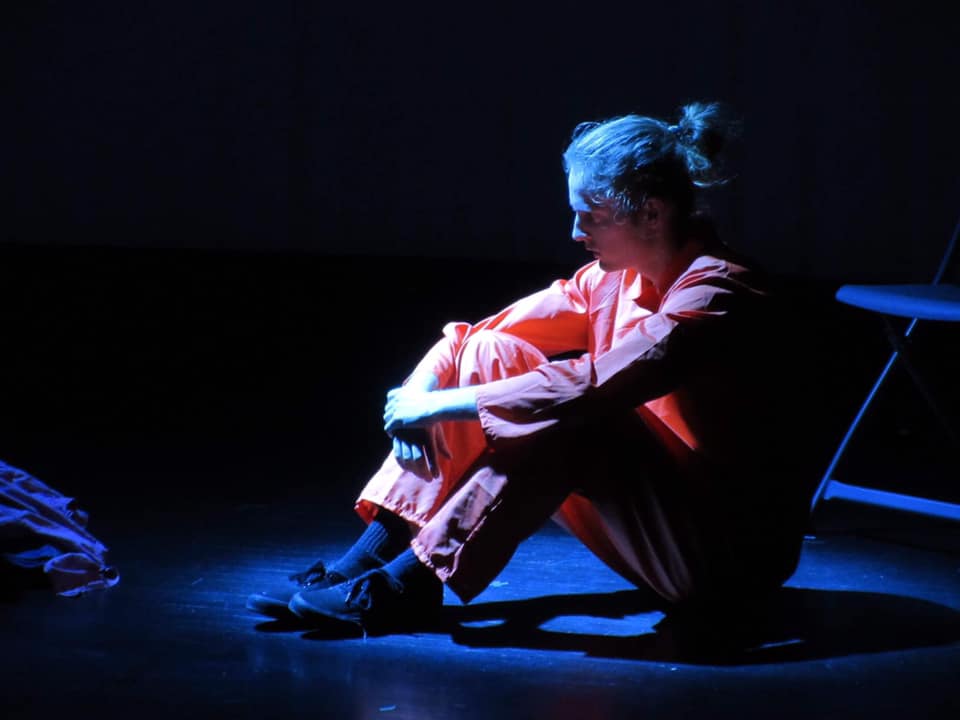 Playwright Alice Hakvaag has taken the curse of head pain and transformed it into a play with ATRYTONE, directed by Michael Stahler. Suffering severe migraines and frustrated by the restrictions of her body, in addition to the aggravation of making her way through the morass of medical appointments to no avail, the Greek goddess Athena has had it! Careening through a pantheon of doctors who treat her with disbelief, she feels that is she were Zeus, she’d be taken seriously, and so becomes him. Performer Kayla Cleary palpably conveys her character’s sensate irritation particularly with the well delivered line “What does it take to get good healthcare around here?” Indeed. Sometimes, you really need a hammer.

In FIXED by Michael Stahler, Leon (JB Dolan) wakes up inside a prison with no recollection of the events that led him there. Prodded by the ghosts of memory starring his former lover, Rowan (Jessica Stahl), his past comes back to haunt him as Leon tries to get a grip on what went wrong.  Under the direction of Alice Hakvaag, Stahl and Dolan ratchet up the tension bringing this intense drama to life as scenes between the characters play out vividly beneath Dolan’s and John Cambridge’s keen lighting design.