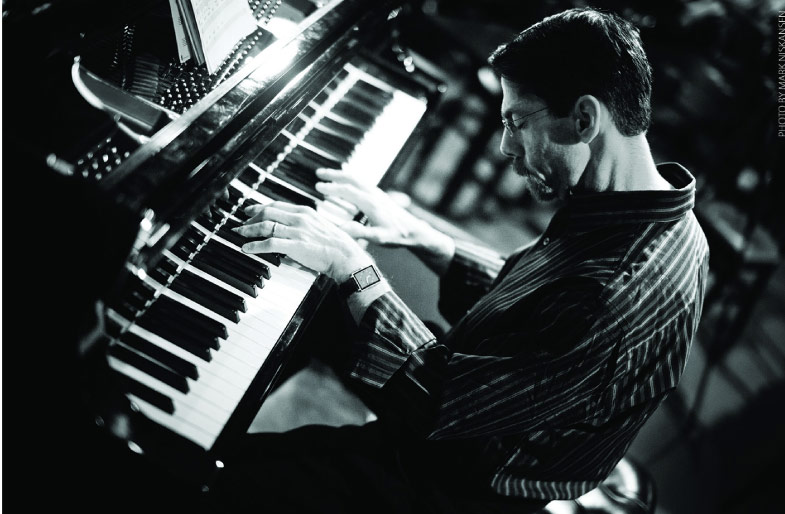 She pleases, she teases, and she appeases. The vocal fluidity and control of her voice matches her daring dives around the pitch. When she soars through an upward swing on long notes, she is exuberant in the rich resonance of her notes. She is Cécile McLorin Salvant and she is mistress of her voice.

With Fred Hersch as her collaborator, Ms. McLorin Salvant started her opening number quietly – slinking into a quirky version of Cole Porter’s “You’re the top”.  She eloquently enunciated the bizarre Porter lyrics, which she had memorized so thoroughly that she could probably sing them backwards. She tossed out “I’m a toy balloon that’s fated soon to pop” with tiny rhythmic twists that made it exciting.

As she warmed up, she began to pull on the rhythms as well as the pitches, moving around the stage and becoming totally engrossed in her song. Then Hersch, inspired by her daring, tried to outdo her, putting in as many cross rhythms and split melodies as he could. She threatened to end a song…but didn’t, he jabbed, she crossed, and finally, the two duelists called it a draw on a final cadence.

McLorin Salvant just has it – that musical concentration that allows her to focus on the music and alter it, shaping the notes and rhythms into an intricate design of her own. With a master like Hersch as her accompanist, she demonstrated the talent that won her the 2010 Thelonius Monk International Jazz Competition. She is original and refreshingly free in her jazz, yet she has the discipline to make it happen as she wills it.

Through the concert McLorin and Hersch were on fire – each one tossing the other a challenge in a phrase or improvisation, while the other jumped in to counter-challenge. The resultant music was a glorious fencing match, unpredictable and wonderful.

Hersch gave one of his best concerts as McLorin Salvant’s accompanist. Perhaps he was waiting for the challenge of her mercurial musicianship. The two performed a version of Joni Mitchell’s “All I want” which was mysterious and unpredictable.

Her thorough mastery of the lyrics and her sense of pitch give her the ability to shape a song into anything she wants – and to respond to Hersch’s musical ideas without hesitation. Their spring medley (“Spring is here” and  “C’est le printemps”, a French version of “It might as well be spring” topped the concert for me. McLorin’s eloquent French gave the Richard Rogers’ tune a new slant as she molded each eighth note with her own timing, swing, and phrasing.

At the end of the concert, she took the microphone and told the audience the show was dedicated to her friend and collaborator, drummer Lawrence Leathers, who was killed this past week. Leathers was the drummer for the Aaron Diehl trio, with whom Ms. McLorin Salvant worked and recorded.

It was an emotional tribute after an electric concert.

[June 7, 2019 at 8:00 p.m. at the Berlind Theatre at the McCarter Theatre Center, 91 University Place, Princeton, New Jersey. The Second Jazz in June Festival at the McCarter runs until Saturday, June 22. For more information see mccarter.org/jazzinjune]

One Reply to “The Master and the Magician: Fred Hersch and Cécile McLorin Salvant open the McCarter’s Second Jazz in June Festival”