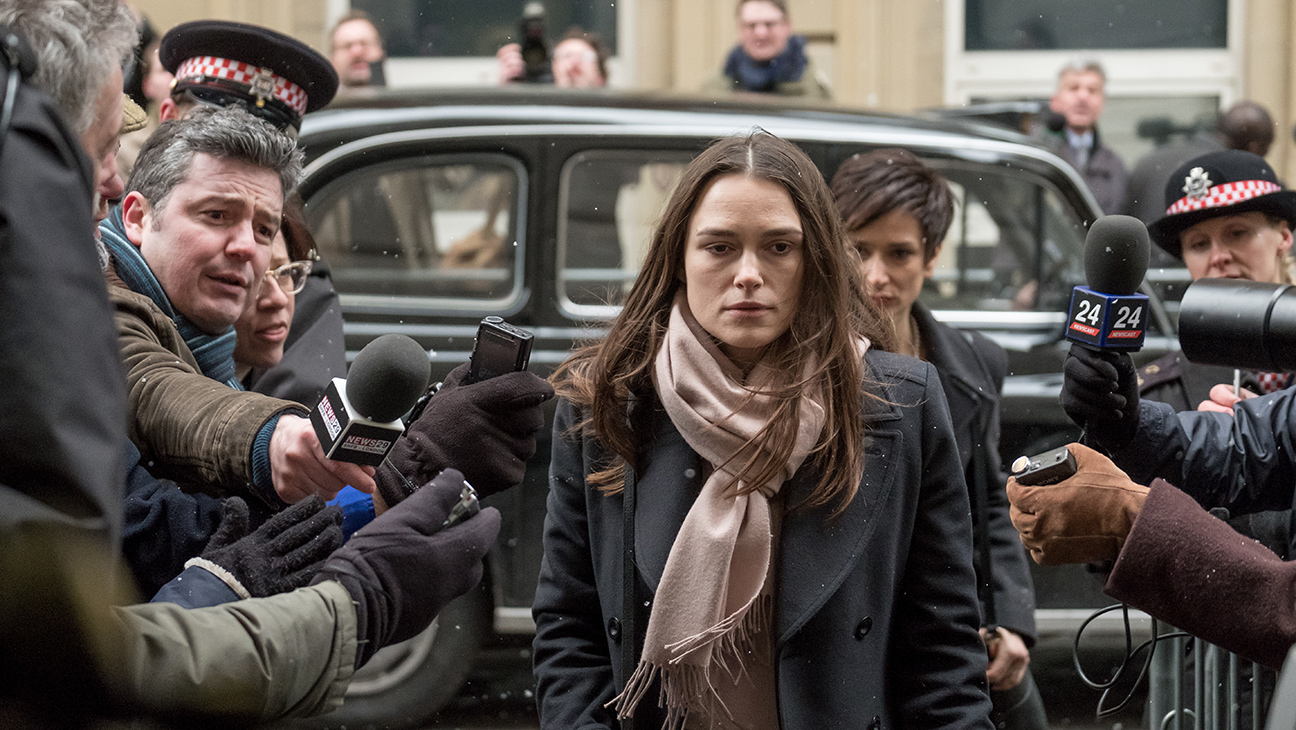 Prior to the 2003 invasion of Iraq, a low-level British Intelligence translator, Katherine Gun, found herself privy to information which indicated high-level corruption. A joint US/UK spying operation was put in place to blackmail undecided members of the UN Security Council into voting for war. This operation was highly illegal, and despite having no skin in the game, Gun took it upon herself to become a whistleblower. In doing so, she was in violation of the Official Secrets Act, and she was soon arrested and charged. Official Secrets is a procedural retelling of her story.

The irony is that after her leak went public, support for the war plummeted…and then President Bush decided to act without UN approval anyway. Yet it’s Katherine who is the criminal. While Official Secrets doesn’t make this pointed distinction outright, the angle of the movie is clear: Altruistic whistleblowers should be protected. Gun is portrayed here by Keira Knightley. It’s a good casting choice, as she brings home the idea that Gun was not an intelligence agent of high importance, but rather a young woman whose mastery of foreign languages has given her access to a government job. She’s a nobody who was made into a somebody by simple virtue of, well, virtue.

Hood’s film takes a straightforward, procedural approach, splitting screen time pretty evenly amongst a wealth of characters (many of whom are Game of Thrones alums). It makes for a somewhat diluted narrative, given that there’s no single audience surrogate offering an entry point into the tale. At the same time, heightening any one area of the narrative would defy the intentions of thoroughness. Official Secrets aims to show the broad expanse of consequences resultant of a breach of secrecy, and to that end it’s a success. It’s not an explosive film by any stretch, at least not in quite the way it seems to want, but it’s competent and engaging nonetheless. Even having been familiar with the details of Gun’s case I still found myself wrapped up in it.

Much like Hood’s excellent political thriller Eye in the Sky, he has assembled quite the ensemble cast including Matthew Goode, Rhys Ifans, Ralph Fiennes, India Varma, and Matt Smith. When you’ve got this much narrative weight to carry, bringing together a group as talented as this one is a surefire way to get it done.