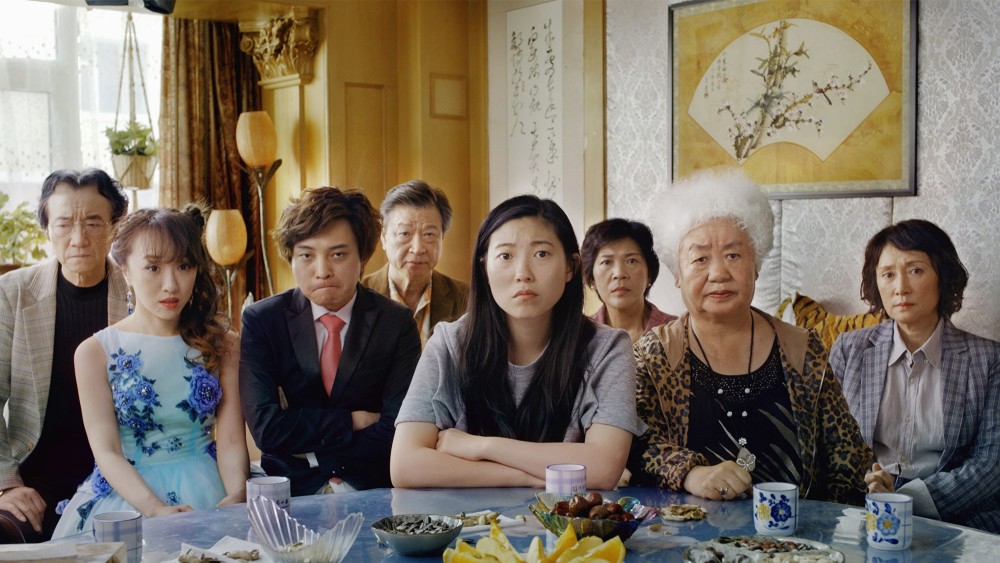 The Farewell is based on a story first made popular on an episode of This American Life in which director Lulu Wang tells the true story of how her family managed to hide a terminal illness diagnosis from their eldest matriarch. In adapting the story to the screen, certain elements are assuredly changed, but the thematic struggle at the center remains the same: If someone you love is dying, is it more ethical to let them know of their rapidly approaching departure or to shoulder the emotional burden for them, allowing for a blissfully ignorant pass into the great beyond?

Standing in for Wang is Billi (Awkwafina), a Chinese-American student who came to the US at a very young age. Her extended family remains in China, and as such, she and they share very different values. This becomes apparent when her grandmother, affectionately referred to as Nai Nai (Shuzhen Zhou) receives a terminal diagnosis, and the family makes the collective decision not to tell her about it. This decision results in the planning of a shotgun wedding for Billi’s cousin, which doubles as an undercover farewell to Nai Nai. Billi travels to China for the wedding, where she must suffer ethical culture shock while silently mourning the impending passing of her grandmother. And since it’s a wedding, she has to do it with a smile.

What makes The Farewell so interesting is the even handed way that it presents the central conundrum. What seems like a cut and dry ethical matter falls apart as the film introduces the cultural reasoning behind the opposing sides of the argument. According to the film, it’s not uncommon for Chinese families to refrain from alerting loved ones of terminal diagnoses. To Billi’s family, dignity comes in the form of dying well by way of ignorance. The honorable thing is for the family to shoulder the emotional burden. To Billi, keeping such a large secret is a cruel deception, and it robs Nai Nai of the dignity which comes from being able to properly say goodbye. Both sides of the argument have solid reasoning, and The Farewell is disinterested in advocating either. Wang is more interested in exploring how this push/pull affects a family with a strong identity, despite having a broad expanse of identities within its ranks.

Awkwafina is an absolute delight. She’s warm and funny, and it’s all fueled by a tremendous emotional honesty that makes the film feel, at times, like a documentary. She and Shuzhen Zhou share a chemistry more genuine than I’ve seen on screen in a long time. It’s lovely. For a film to feel so deeply human takes performances free of artifice, and The Farewell is overflowing with them.

As a director, Wang fills the frame with detail, often choosing slightly asymmetrical static shots bursting with visual information. Despite being so richly populated, the screen never feels busy to a fault. This wide expanse often allows us to see the entire family at once. We never miss a coy smile, a subtle acknowledgment, or a nod of approval/disapproval. We see the relationships forged between each and every character, and we learn about who they are by how they interact. So much narrative thrust is provided silently and naturally, which brings this beautiful portrait of a loving, conflicted family home.