How much do we know about the ongoing massacres of the civil war in Syria? How much do we comprehend the tragedies of more than five million refugees and innumerable martyrs—or “shuhada”—in this blood-fueled fight?

While suspicion about the veracity of media limits Western policy and global opposition to Bashar Al-Assad, international powers have taken a violence-driven, self-serving, blood-shedding approach to intervention. The outcome cannot be summarized in emotionally loaded prose or visually shocking photographs of children, or public death records.

In GARDENS SPEAK Tania El Khoury takes a different approach to intervention, setting aside graphic visuals we may encounter in the media. The installation is an auditory and sensory encounter with tragedy in its rawest form. El Khoury rejects the traditional channels that have failed to speak for Syrian communities. Instead, she hands over the narrative to the voices beneath the ground—to those who took their stories to the grave. 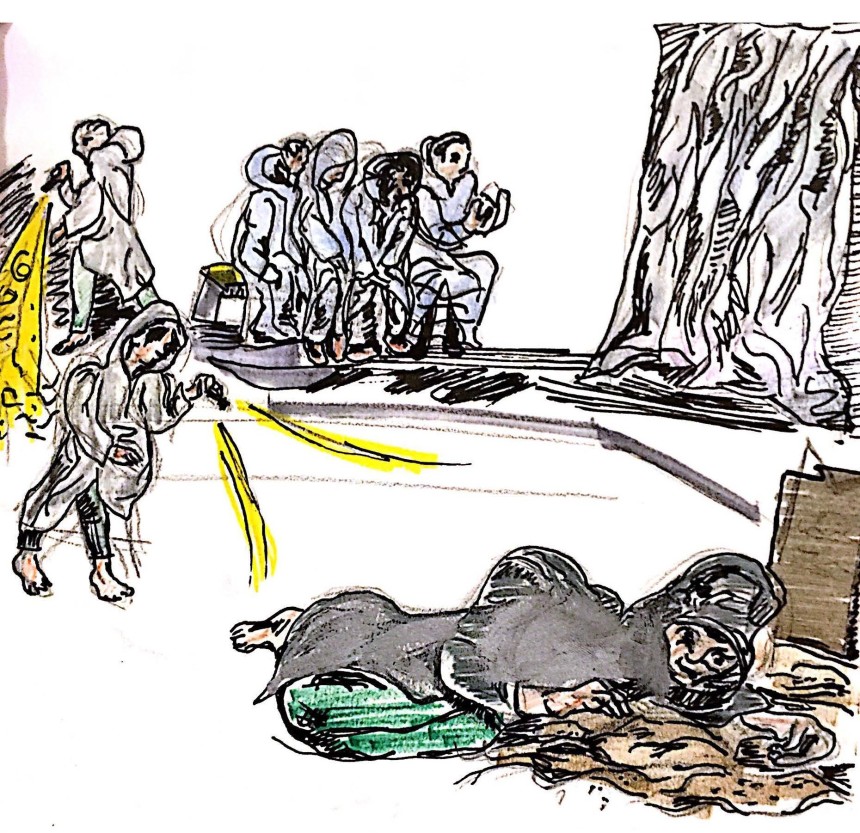 The experience runs for about an hour, with no more than ten people at a time. Shoes and belongings are left behind; white raincoats and flashlights are handed to the participants before they step into a pitch-dark stage where only ten Arabic names are visible on ten dimly lit tombstones, evocative of a clandestine graveyard.

The auditory and sensory experiences begin with an amalgam of indiscernible voices calling out from beneath the soil. Participants dig with their bare hands, step into the garden, and lie down like parallel corpses, their ears against crumbles of dirt, listening to the garden speak—in recordings, songs, and spoken words—on behalf of the “shaheed.”

At the end, we are given notebooks and pens and offered a chance to write a letter and bury it where we lay. Immediately after such an intense experience of emotionally charged words—an experience unique to each participant—the letters could only be equally emotional.

I was not only moved by the interactive installation and the immensely personal nature of the experience, but also by El Khoury’s presence in that room. It’s hard to imagine what it means to her to witness the vulnerability that her art brings out in the audience who, in turn, become the performance.

GARDENS SPEAK is a piece that deserves to be seen by millions ten at a time; because each one leaves with immeasurable levels of universal compassion. It’s a metaphysical experience of death and injustice… and a tangible experience of growth and self-expansion. 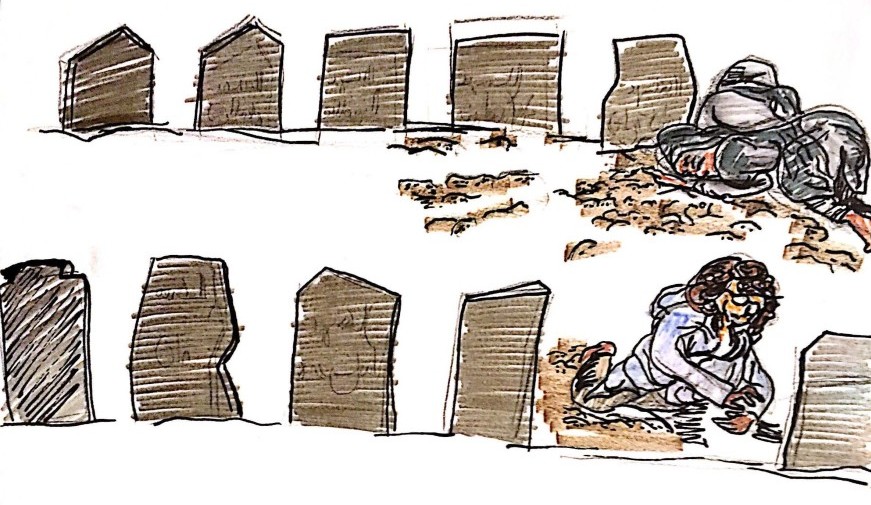