Justin is a heartbroken young musician who escapes to his father’s cabin in the middle of nowhere, hoping to find inspiration to write new songs. The basement of The Art Church is designed to take us right into the wilderness with him. The floor is covered in wood chips and the walls in patterns of tree hollows. Justin’s father checks in on him, coddling him with comforting words and bags of groceries.

Loosely based on the culturally mythical creation of Justin Vernon’s breakthrough album For Emily, Forever Ago, BON IVER FIGHTS A BEAR reveals the unglamorous side of the artist’s creative process. Initially, Justin’s story seems to conform with the typical image of a struggling artist whose work is inspired by his own pain and agony. But it progresses to a deeper look into the internal battles of human nature gradually exposing their overlapping vulnerabilities: feelings of shame, insecurity, alienation. Neither Bon Iver (Emily Schuman) nor the Bear (Doug Greene) conform to the expectations of their likes, and both are just searching for their true voice to outshine that of their fears.

The escape from pressures which magnified a linear relationship to how we identify with gender through history. Not to mention a bear suit that makes everything soft and fluffy. Bon Iver and the bear shared insecurities under very different circumstances. A starving artist and a starving bear confronted their inabilities, and returned back to nature for inspiration.

The careless lifestyle which comes across in Schuman’s impersonation of Bon Iver in the beginning goes hand in hand with the inauthenticity of his lyrics, and more generally sappy love songs. Inspiration cannot be found in a whiskey bottle or a pine cone, it must be fought for—hence the title of this play. In a lovable manner, eating a human for the bear was a last resort to end a famine. If it sounds bad, it must taste bad too. This distaste for humans from the bear critically assessed the lack of empathy in our society. The contrast between an artist’s survival and animal survival dissipates as the two of them go from fighting over a supposedly magical pine cone to sitting back-to-back and revealing their truest selves.

The father-son-relationship directly opens a window into the social constructs of what defines manhood and bearhood. Greene alternates between the roles of father and bear, but the compassion of both characters remains regardless. Beneath the father’s excessive kindness is a lingering avoidance of confrontation. And beneath the bear’s threatening appearance is the same protective, paternal soul. While the father is willing to cover for Justin with his mother, the bear is willing to starve to death when his bait turns into his friend.

The folk music by Bon Iver, played by Schuman, forms a bond between the human and the bear that unwraps layers of packaged emotions that stood in the way of inspiration. After reconciliation of those inner conflicts, evidenced by a final performance of “Skinny Love,” Justin sacrifices his life in return, redefining survival of both man and animal. 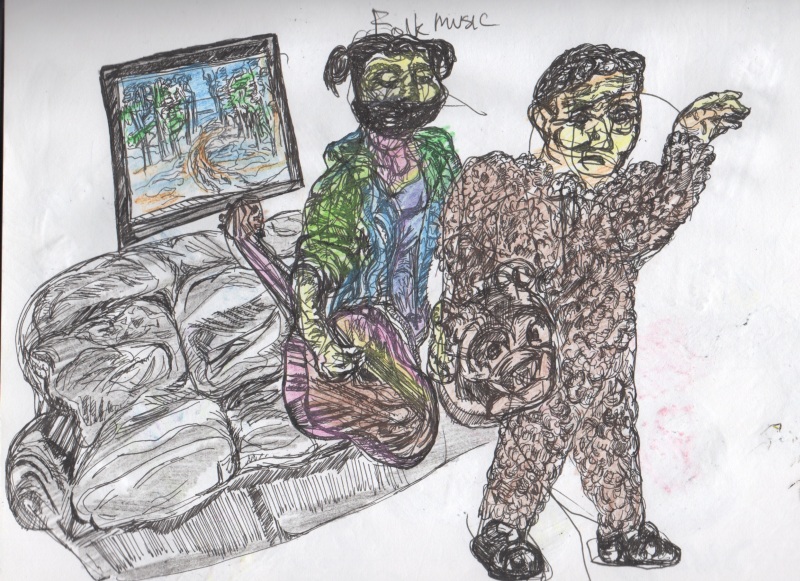 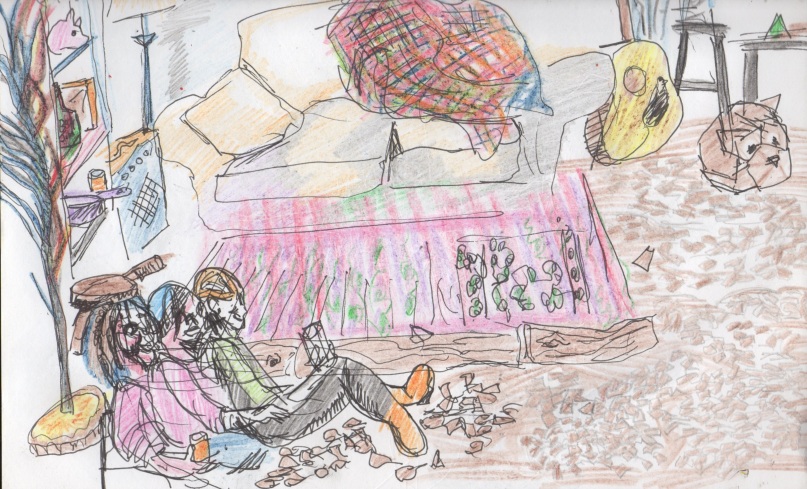