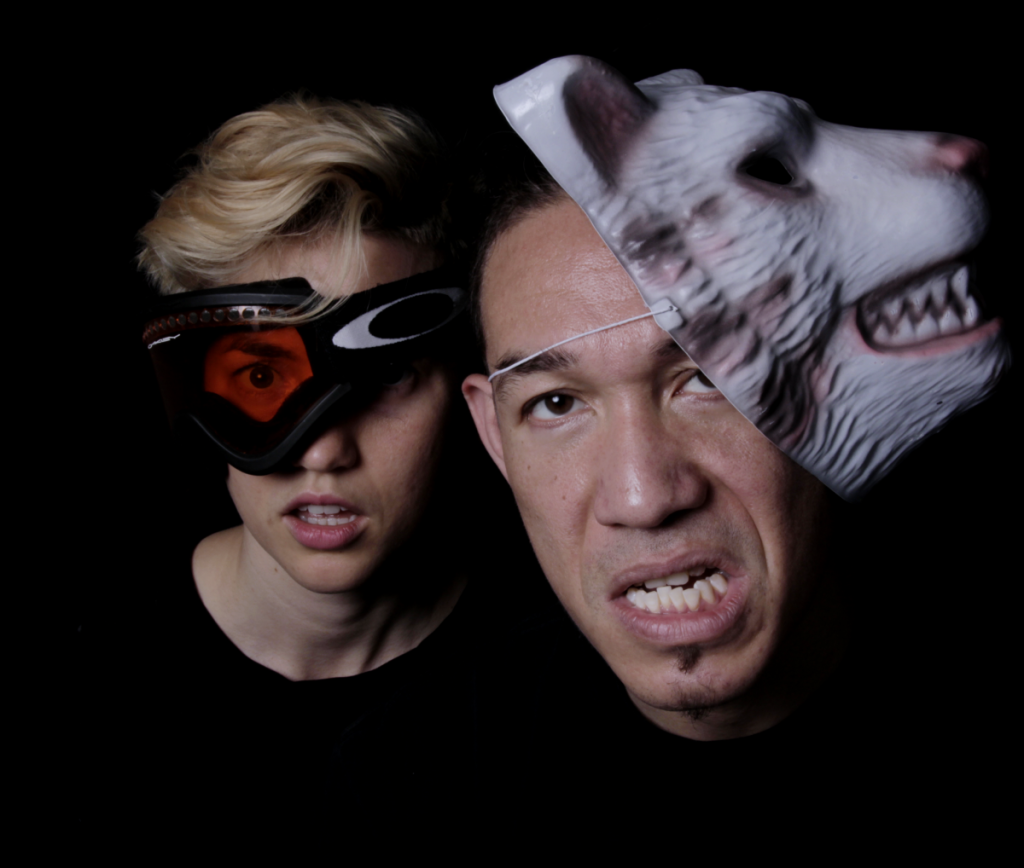 Metal & Kind talked to FringeArts about Indestructible Flowers, the pitfalls of solo dance, and the role of UMA in Philadelphia’s dance and hip-hop scenes.

FringeArts: What common pitfalls do you see in solo dance work?

Mark “Metal” Wong: It’s really easy to get pretentious when you’re the only one up there. I’m trying my best not to be. But by nature, I think that all solo work is a little self-indulgent, so I try to embrace that and have fun with it to an extent as well.

Lily Kind: I agree with Mark. And I prefer a more vaudevillian theater tradition, where the audience is in more of a dialogue with the performer. By contrast, the traditional concert theater agreement is very safe for both performer and audience, and I think that can make for pretty boring solo work, where the artist has already surrendered any experimental elements by being inside a historically aristocratic construct.

FringeArts: How would you describe your dancing/choreographic style?

Lily Kind: I have no idea. It’s always changing. That’s why I’m doing this solo show in the first place, it’s different than making ensemble work like I’ve done most of my life. I still don’t know what is in the show and what isn’t. I’m both a super curious learner and kind of a know it all. And I’m feeling that come out in what I’m making. I like laughter as a form of subversion. I carry all kinds dance traditions in my body. I feel at home in David Zambrano’s Flying Low & Passing Through and other variations on European/Latin American contemporary floorwork. I just got back from the ATLAS Dance Festival in Mexico, and I’m hyped on improvisation ideas from Edivaldo Ernesto (Mozambique/Berlin) and Rakesh Sukesh (India/Brussels). As a Lindy Hopper and vernacular jazz dancer, I care about musical and rhythmic virtuosity and abstraction, as well as history holding and storytelling. I take all the classes at UMA and that material is in my body too. In another lifetime, I hope to be a locker or a Wushu competitor.

Mark “Metal” Wong: I like movement that is a little unpolished. I like moves that are raw, but not sloppy. I tend to enjoy moving really fast, particularly on the ground. I’m highly influenced by legendary Breakers like Ken Swift and also by the Breakers I see here in Philly, like my crew and my company. Choreographically, I’m trying to use Breaking movement in a way which doesn’t always look like Breaking or which can accomplish something. Breaking is the only dance form I have studied, so all my movement vocabulary comes directly from that world.

FringeArts: What themes tie your work together?

Mark “Metal” Wong: I think that both of our work is interested in not being too boring, and in having some artful fun. We both have a solid relationship with the ground and with jumping around. I believe that we both attempt to make work which is strong and important without being too precious.

Lily Kind: Hahah. I think we both value playfulness and having super powers. We definitely like being bouncy, slidey, spinny, super fast or super slow motion. We’re both very invested teachers embedded in that is a kind of analytic optimism. I think this show is part of the solar system of our businesses and UMA and our folk dance practices.

FringeArts: What role do you see for Urban Movement Arts in Philadelphia?

Mark “Metal” Wong: I am extremely proud to work for Urban Movement Arts, which I call the ‘ego free dance studio.’ We are solely concerned with teaching form, technique, and fun, and not in getting any street cred or recognition. The UMA space is also home to many dancers in the hip-hop scene (and other fringe dance scenes as well) for free training and rehearsal space, which is amazing. The work which is practiced on our humble floors (by founder Vince Johnson as well as our new artists in residence) is truly exciting and fresh. I envision UMA as being a haven and a hub for the new wave of “urban” dance, where many different styles, techniques, and aesthetics are all welcome and pushed to their limits.

Lily Kind: Look, UMA is the shit. If you don’t believe it, come take class. There’s all kinds of people, abilities, and experiences in class. We have some of the best teachers in the city. I want to brag on their behalf because they’re so wonderfully humble about it. There’s all kinds of artists and crews practicing in the studio at all hours. I’m very grateful for my role at UMA, and for Vince in general. Vince often remarks that hip-hop in Philly doesn’t need UMA, and that’s an important reminder.

FringeArts: What can we expect in the space going forward?

Lily Kind: UMA’s got a lot going on: In July we hosted an informal showing of works in progress from artists within the UMA community. We had an amazing turn out and I fell in love with everyone. There’s also a showing on September 8 of the two current artists in residence: Pilar Yvonne and Majestique. I’ll be announcing our winter residence when Fringe is over; I’m really excited about them! What else? Sanchel Brown taught an amazing Bmore House series as part of a summer teaching residency. We’re enrolling students for the school year for MoveMakers, our youth program. Philly Kerplop, Vince’s new music and dance performance ensemble is performing Chichi Chip (an ode to the Gnarly) in LOVE Park as part of the Fringe. I’m also stoked to host Ragtag Empire’s lindy hop classes at UMA. FringeArts: Would we like flowers as much as we do if they were indestructible?

Mark “Metal” Wong: I suppose not. I guess one reason why we like flowers is because they are often delicate

Lily Kind: Maybe flowers are already immortal. As in, they change form from seed to stalk to bloom to decay to soil.

FringeArts: What does the title communicate?

Lily Kind: I was stuck on the phrase “to be an organ and a blade” from a Nayyirah Waheed poem, feeling like it applied to us and our dancing but it wasn’t the title and I didn’t want to use her words to sell our show. I think I was texting back and forth with Metal combinations of Kind/Metal and then (his business partner) Steve Believe was like: Indestructible Flowers. Boom, done.

Mark “Metal” Wong: Lillies are kinds of flowers and metal is sort of indestructible. It also sounds a bit vaudevillian, which we both like.

FringeArts: What else are you looking forward to this Fringe?

FringeArts: Thanks Metal and Lily!