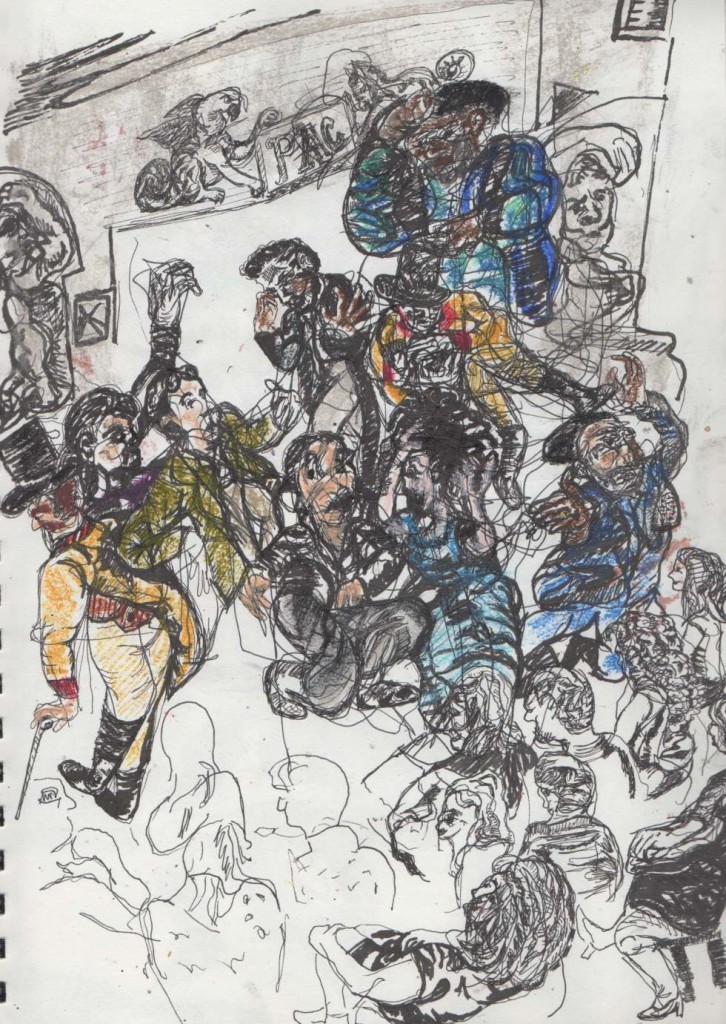 Maria Marten or The Murder in the Red Barn by the Philadelphia Artist Collective found the silly in the serious, and the director’s notes captured the novelty of media scrutiny. The introduction of the cast manifested a great tableau that was framed by an elegant stage. The live music by Andrew Clotworthy, and painted set design by Brian McCann enhanced the pose of a group of rowdy villagers in the woods, or mother nursing her baby in her quaint home. The ridiculous humor of the anonymous writers of the play highlight the flaws of most of the characters. Digging up the factual event from 1827, the red barn murder was a publicly adored for its scandal. The guilt infectiously looms at the heart of the play to animate human weakness through comedy. It was a classic chase scene from a silent film that moved slowly and without suspension. 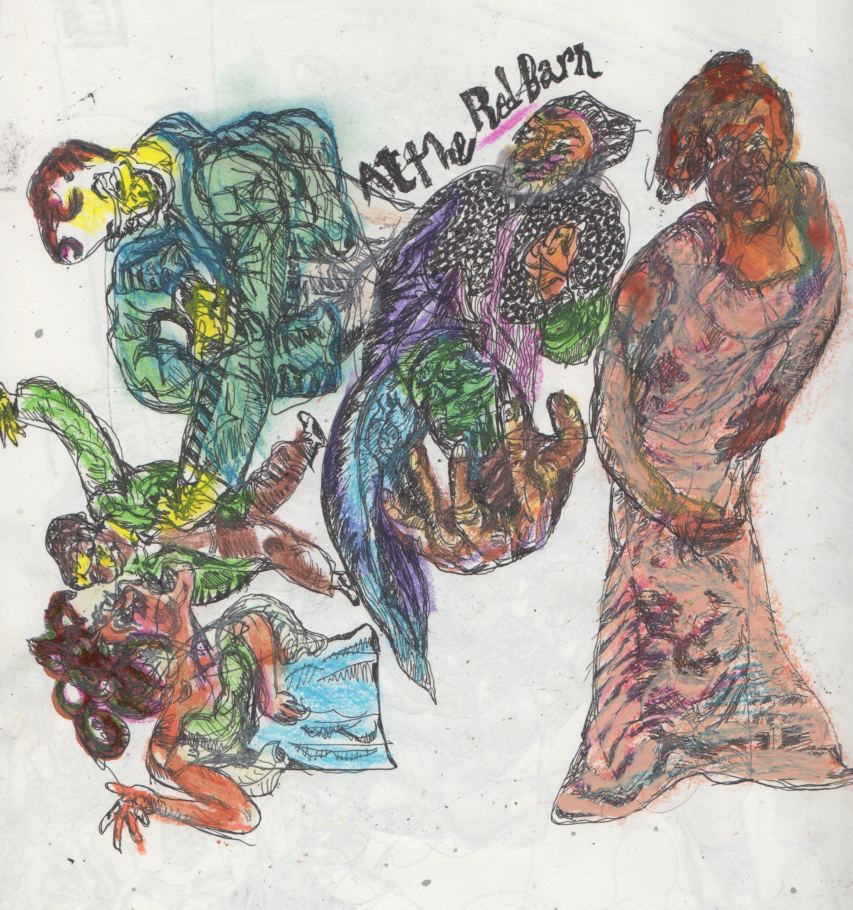 The infamous William Corder, played by Dan Hodge/ Damon Bonetti (on alternating nights), devised to trap the love of Marie Marten, played by Victoria Aaliyah Goins. A collaborate plan to vanquish the despicable William Corder churned the emotion of the public. The sign for a small village in good humor was led by the village idiot, Tim Bobbin, played by Dan Hodge/ Damon Bonetti. Comparably, the village idiot and the despicable villain are interchangeable roles by the co-artistic directors, Dan Hodge and Damon Bonetti, which defies some their ridiculous class distinctions. The babbling, Tim Bobbin, was quick with his tongue, but sloth with his actions. The role of Mister Marten, played by Monroe Barrick, showed pride for his class distinction, and classification within a Victorian Melodrama in light of the horror was a hilarious contradiction. Players blind to what the audience knew was one of the silly tricks, but the wishy-washy love between Tim Bobbin and Anne, played by Sarah Knittel, was situational humor. The joke was on their class, but clowning was a characteristic of everyone’s class. 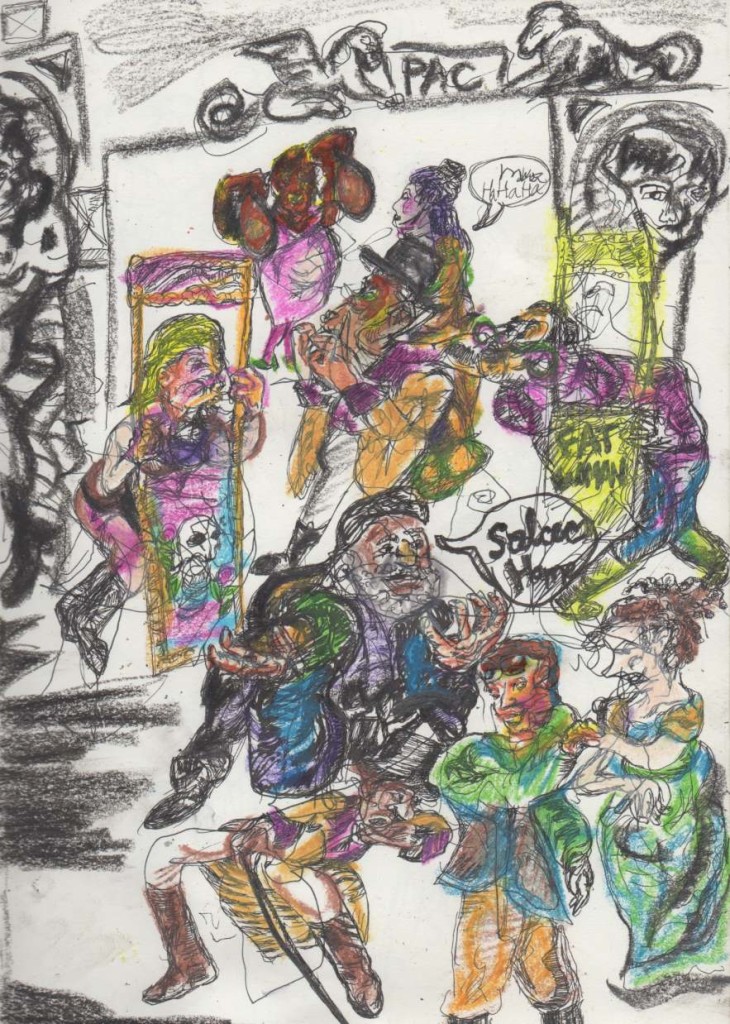 A crowded stage interacted with the live musician and the audience members. The side show bit with Trina Tjersland’s Flatcatcher and McCann’s tobersloper showed a true reflection of the public gaze. The two swindlers want to show off their top of the line product. A fat woman, played by Devon Sinclair, put on his faux boobs at center stage. Weaving in and out of the action was Ishmael Lee, played by Monroe. The superstitious act of reading someone’s future was acknowledging the fact that we already knew what was going to happen at the red barn, but the profile and direct eye contact manipulated the way we see the value of their characters. In Maria Marten or The Murder of the Red Barn it was not where were we going, but how we arrived there, and how far it will go.