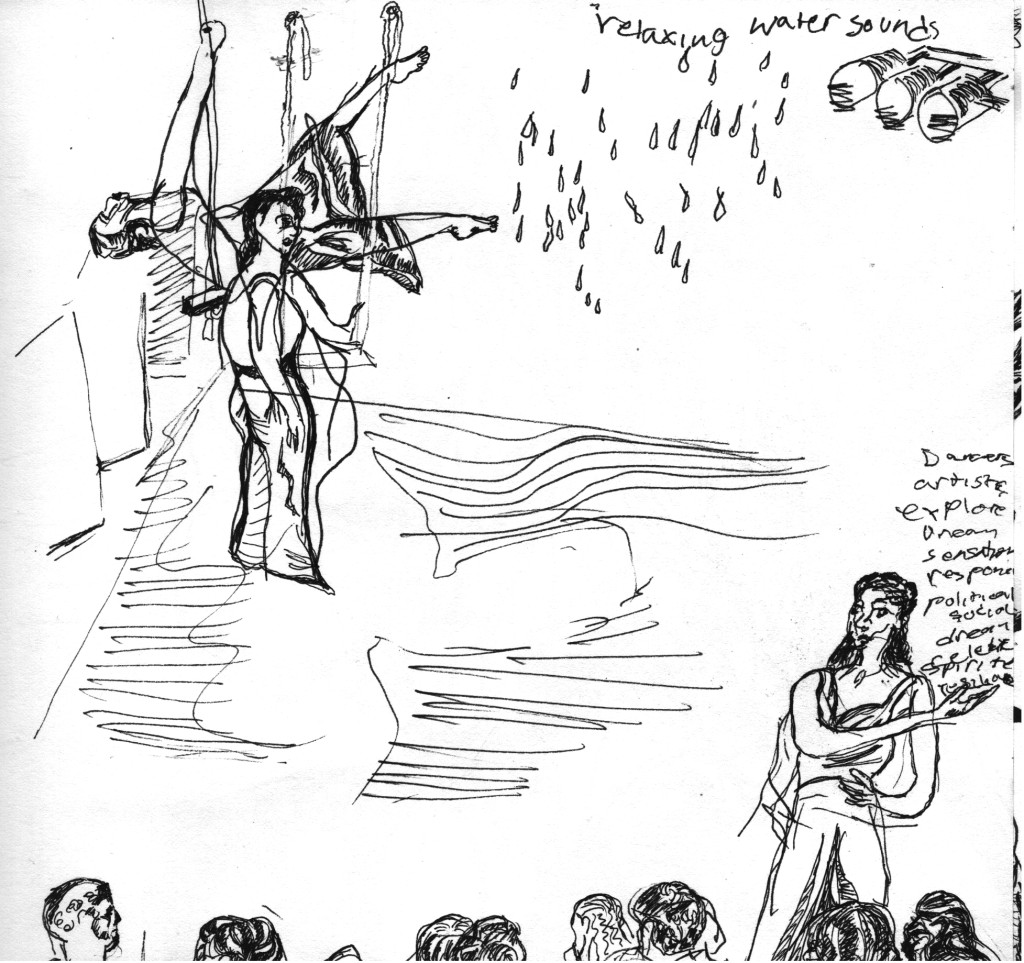 Anne-Marie Mulgrew & Dancers Co. presented a dreamscape that explored the transparency of social and political realities. The relaxing water sounds in the beginning changed to ambient sounds by Sadiko. This flowed from one dance right into the next, and The Opener (Dream Swing) with a video of daisies switched with Cathedral Dreams without a delay. The music changed, and the company replaced wild fields of Lilacs or some kind of wild flower species. With Anne-Marie Mulgrew’s direction, the following dances were coordinated to fulfill the gesture of a “Dream Swing”, which hung from the rafters in the Performance Garage. 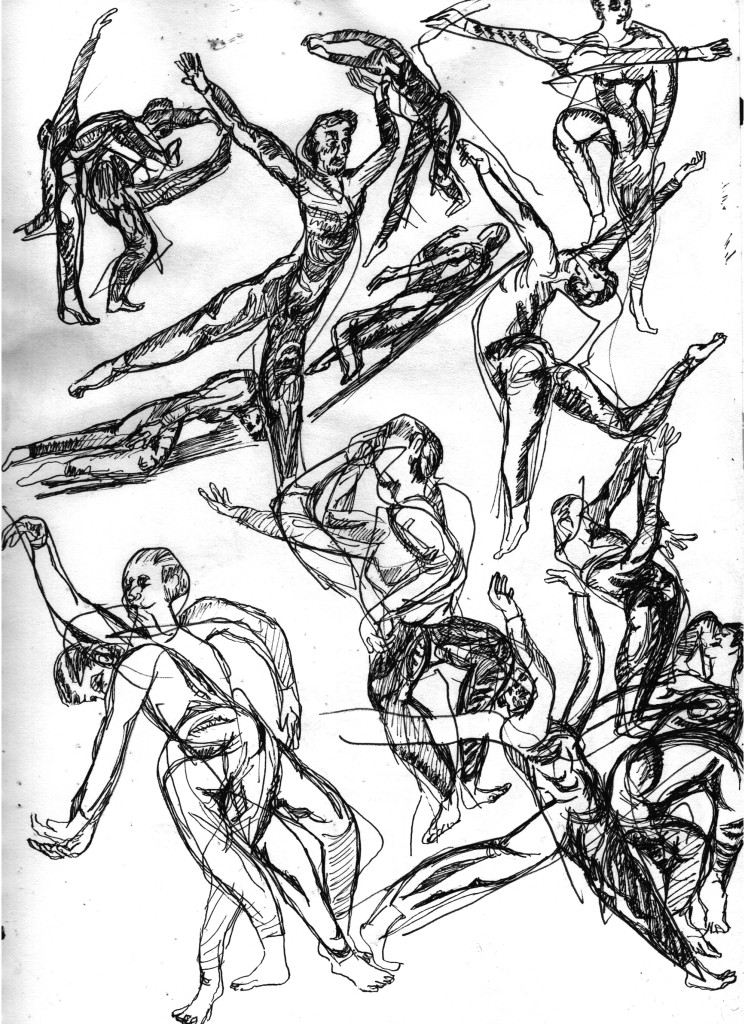 The next dance called The Mirage, and the dancers, Leslie Ann Pike and Jorge Rullan stretched out a long white cloth between one another. Leslie Ann Pike appeared in a wrapped garment that dragged Jorge Rullan with her across the stage. The length of the garment continued off the stage, until the womanly Shaikh, or leader, was far enough we could see that she was dragging someone behind her. They danced moving slowly toward one another and the fabric wound around Pikes body as she spun. In the end, they connected her hip to the head of her follower.

The first half ended with L’Amour, a passive tango figuration where a seated man was relaxed, while another man charged with animosity revolved around the seated figure. It drew inspiration from the previous dances, Forward/Backwards which recited a nonsensical order of numbers. The company counted randomly and the ordered march showed improvisational movements among the uniformity. It ended with each dancer reciting dreams they had. Untamed choreographed by Asya Zlatina, presented visuals that highlighted the way in which civilian or intimate moments reflect the dreamers wandering thoughts. 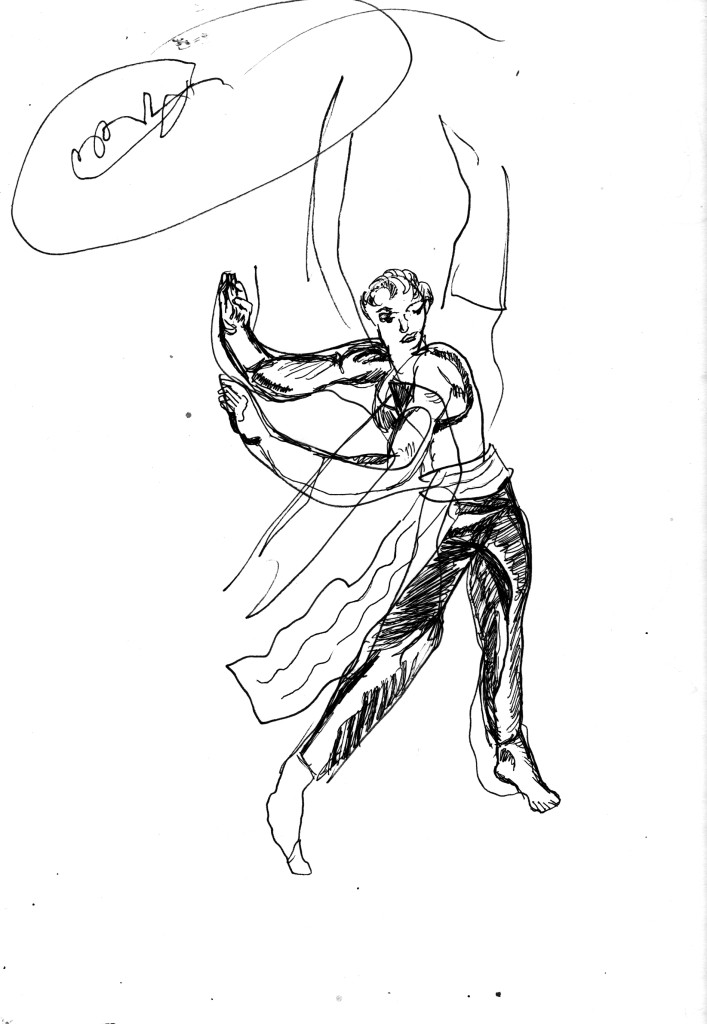 Solo dances by Ashley Seares, or another dance called “K.I.T.E”, danced by Olivia Wood and choreographed by KC Chun/ Freshblood, showed (wo)man’s need to dream. It is inevitable for us to visualize a world created by women. The imaginary realm broke away from envisioning any kind of materialistic goal. The next dance after intermission, “Three Women Three Bowls”, broadens the scope of women by living vicariously through another person. The three women represented beauty, and three bowls represented the crevasse that gives the gift of nourishment, life, and birth. The pink cosmic colored bowls connected the triad, and through this dotted line they mimicked the curved shape and hollow space. In and around the bowls there was an evolution of a mixture with a combination of spirit that created an orbit around the dancers.  STRANGE DREAMS celebrates the spirit of love, war, and death and desensitizes the rest to just stuff in the world. The Finale, the last dance, the company uses water inner tubes to capture this dreamland without attachments to things. 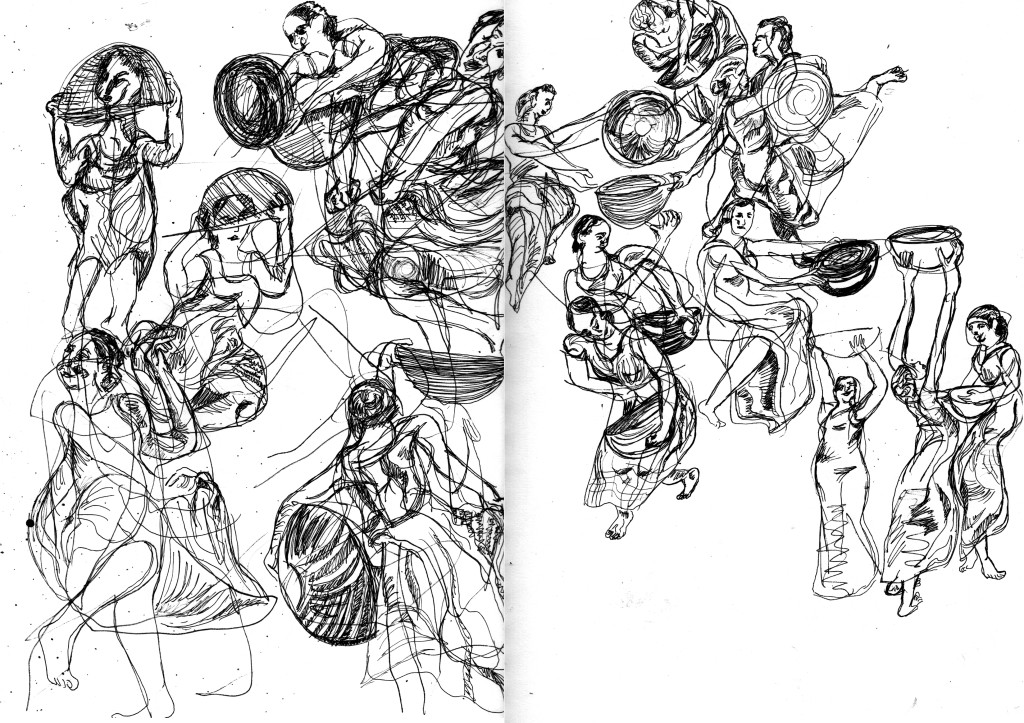