These illustrations emphasize the reality and fantasy that BodyVox designs around music, video, and dance. The first piece Fire Wall, was hot! I felt the flames were part of the illusion of a softened illusion of hell.

The second piece, The Bunny, was equally as fantastical. It was like a jail break at first. Then it became more like a gang of vigilantes pushing, pulling, and manhandling the man wearing the orange jump suit. In the end there is a crunching surprise twist in the narrative, the wardrobe of another gang member reveals the “new” Bunny, or could we say scapegoat. 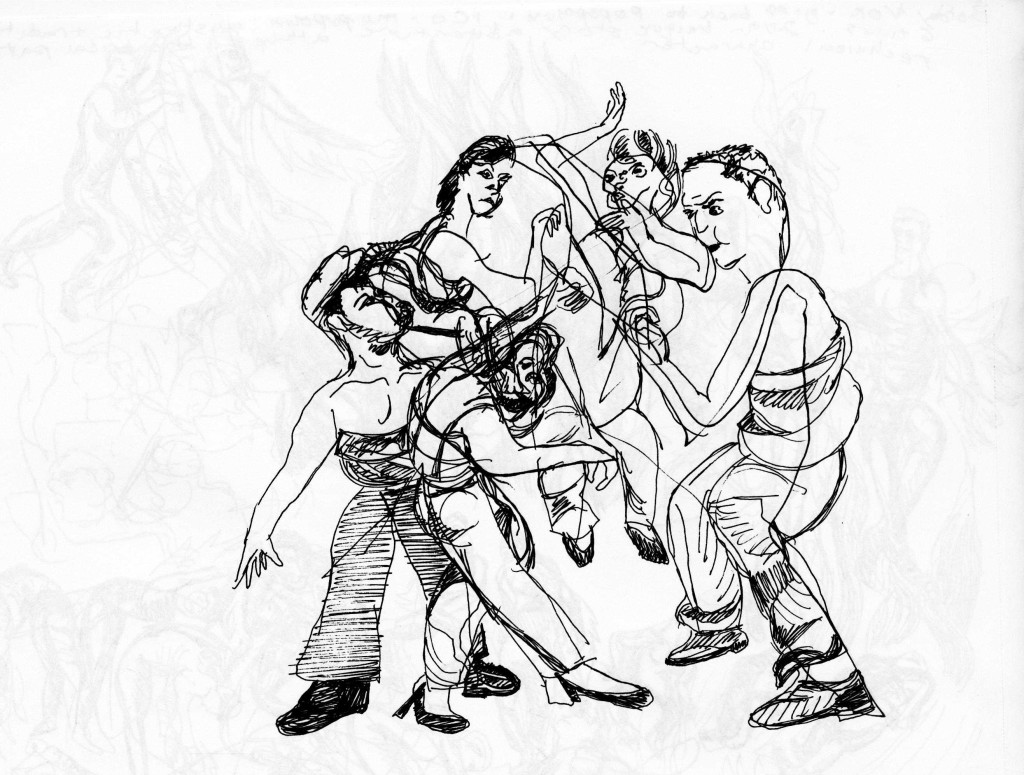 The narrative aspect continues to stretch this adventurous mirage that I found in Phindie’s dance review of Body Vox. The theatrical drama is replaced by a type of dance that uses musical highlights and horror films. Unbelievable to the least, and the film, Treadmill Softly, captures this reality of dancers actually dancing through different landscapes (a sandy boardwalk leading to a sunset on the beach, a white wall art gallery, and a highway into the future). 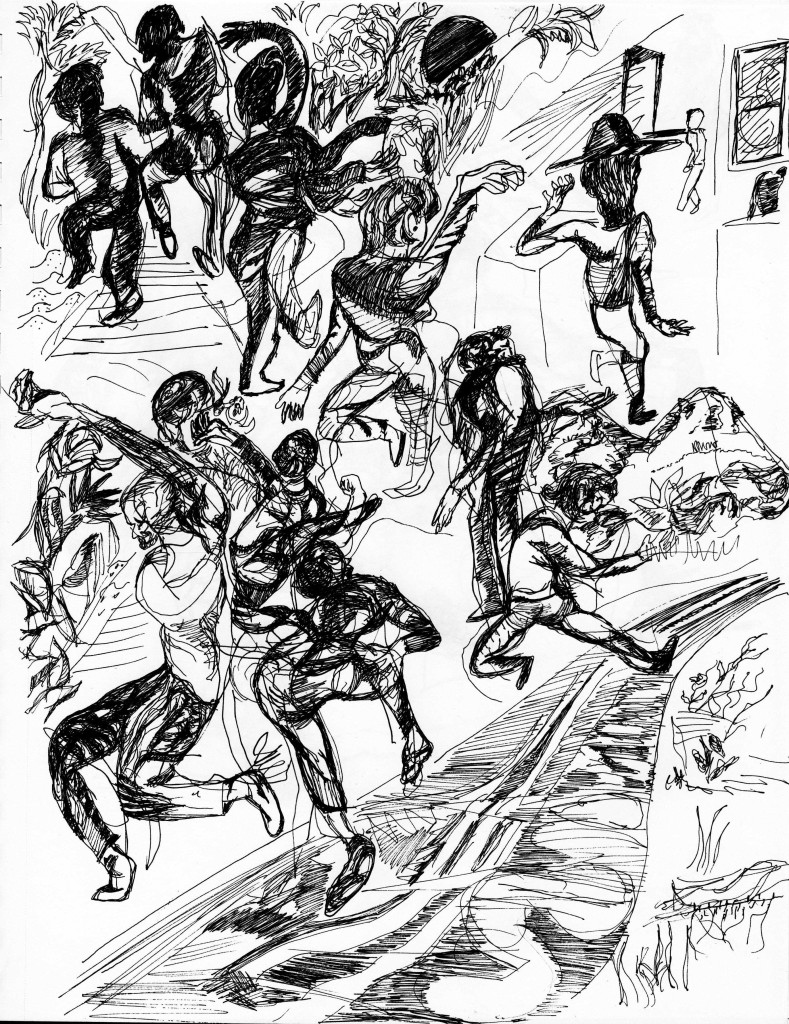 This piece shows the weight of the world lifted off of us in a celebratory moment of leaping into the air and the feeling of flying. The runner was repeatedly seen displaced by scenery, showed pure joy take over the body, and no matter where they were there is an urge to dance. The representation is flattened by the video projection, but the film nior performance of Daniel Kirk in Little Drop of Poison crafts the dimensions of BodyVox. 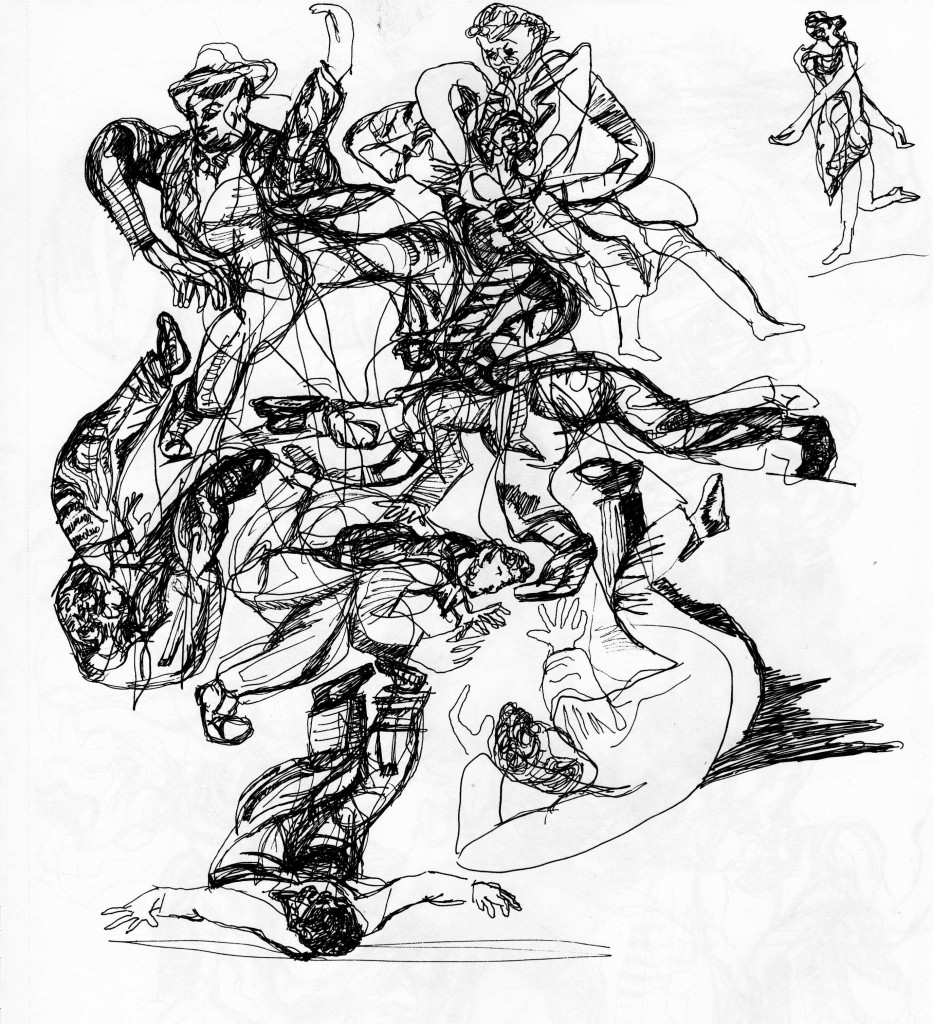 A quick transfer between the male lead and a woman coming from behind the break dancer leads us to Alice.The nature of this dance shows the wind pick up and move the duet across the stage. The attitude of Alizia Cutaia is a force of nature. She climbs over the back of her male partner and curved to the shape of full sail gone in the wind. 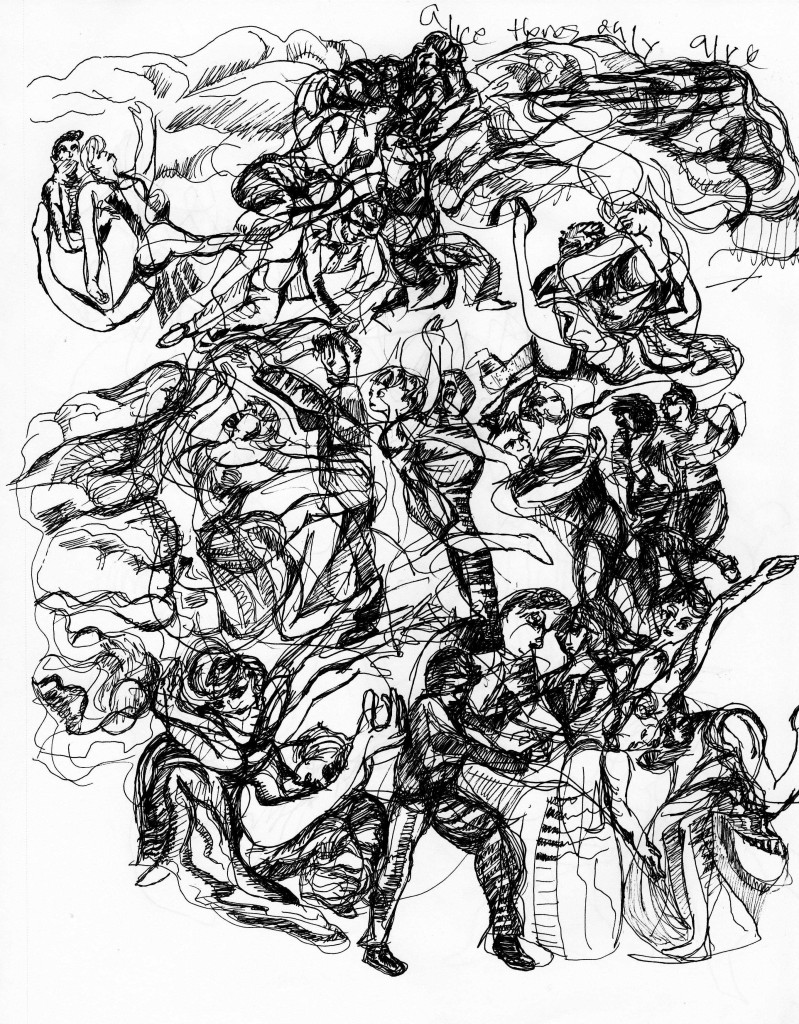 The pattern continued to lighten our traditional theatrical tropes with seamless collaborations of music and video designed for the dancers.The character of BodyVox was definitely humorous but serious attention is given to the imaginary world of a director’s vision, or a dancer’s mindset.