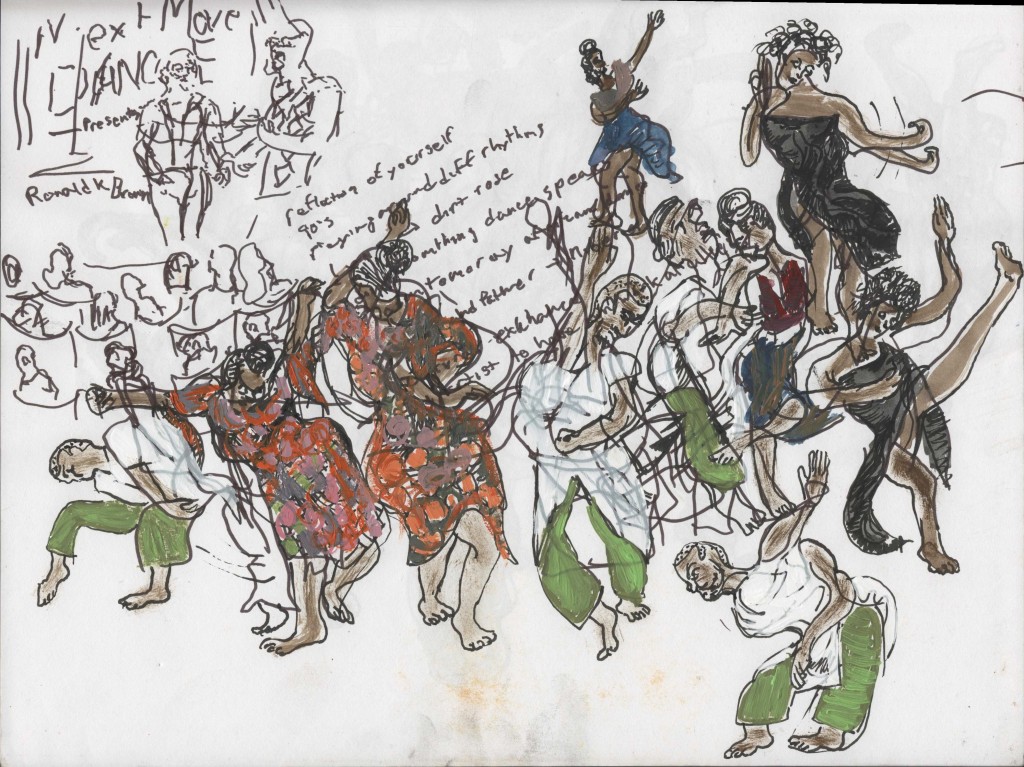 Evidence A Dance Company brought a spiritual and festive atmosphere to the Prince Theater last weekend. They danced to rhythmic music, sounds, and mixing that made it a constant motion. Torch, the first piece, brought this live energy that is at the core of our bones. The dancers moved across the stage in cycles that was part of a larger circle as if they were dancing all around us. From one dancer to the next, they took part in these waves and dancers were speaking to the audience by using their bodies. Front stage was the most energetic, but at the back of the stage the gravity was lifted. The illusion of a sacrificial rite meant that there was something larger that was part of this dance. There was a connection to god, and spoken word made it clear that we were having a spiritual experience. 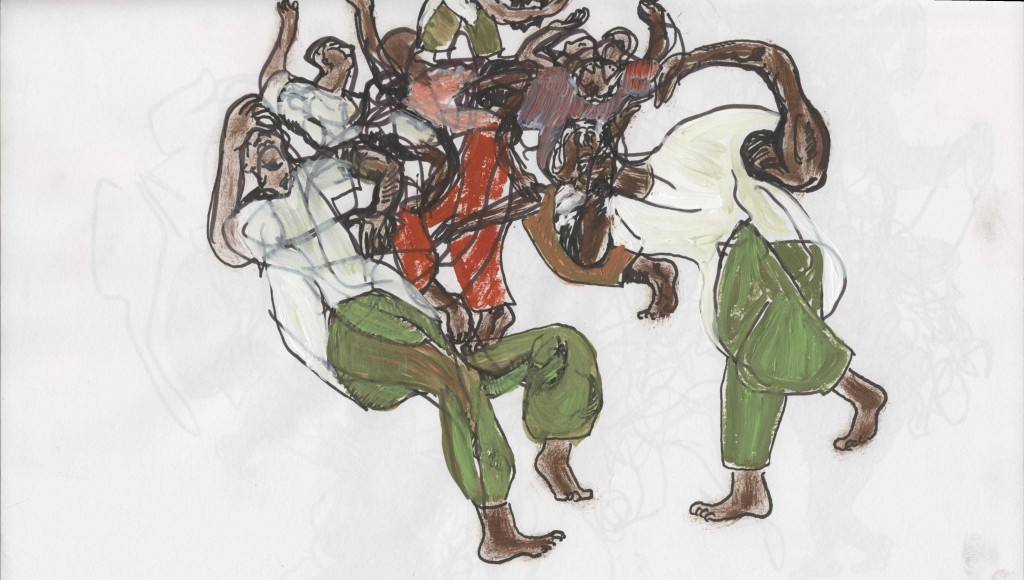 The opening scene set apart a goddess figure from the other dancers. Annique Roberts was lifted above a mass, and the feather-like radiance of her above the sold group was evasive. There was a shiver that rolled through her body up above the stage. She dropped back and this was never forgotten because Roberts appeared again with a familiar radiance from this ritual drama. 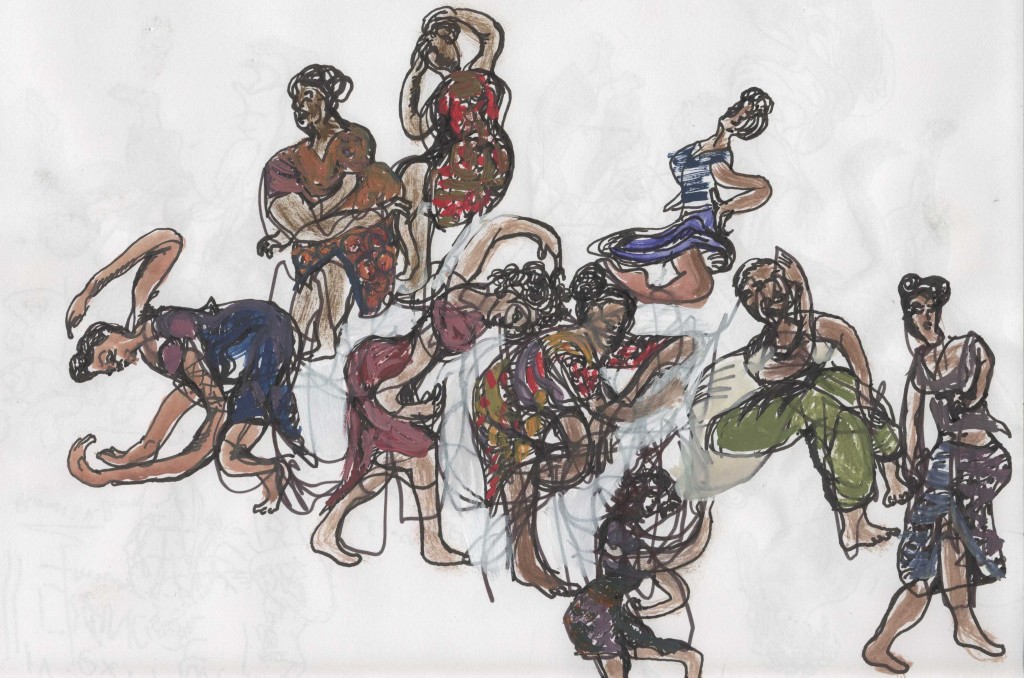 The second dance, Ebony Magazine: To A Village set up a dialogue among the lady-like and sexual body shapes. The heavy steps of the men and quick swirl of hand gestures shared the same quick mix of ‘breaking’ in the soundtrack. The sounds were like a Jamaican Patois language, which is a mix of West African languages and English Creole. The whole of Evidence A Dance Company was stomping and swinging to reggae style music. They were wrapping their arms around their bodies in a fluid motion. This motion curves around their bodies reaching up and over, and down and around. The femininity of Ebony Magazine: To A Village changes the presumption of one beautiful woman as seen in Torch. Using the front of the stage as a louder voice and following the dancers into the distance creates a beautiful critique on cross cultural etiquette and sexuality.

After a short pause, New Conversations: First Look brought an island feel to the hip-hop and African traditional beat. Emphasizing the cross cultural transition from Africa, Caribbean, Latino, and blending traditions to create contemporary rhythms. This is Ronald K. Brown’s specialty. Rhythms that shake our bones, and New Conversations: First Look shows how collaboration with jazz caters to this explorative style. 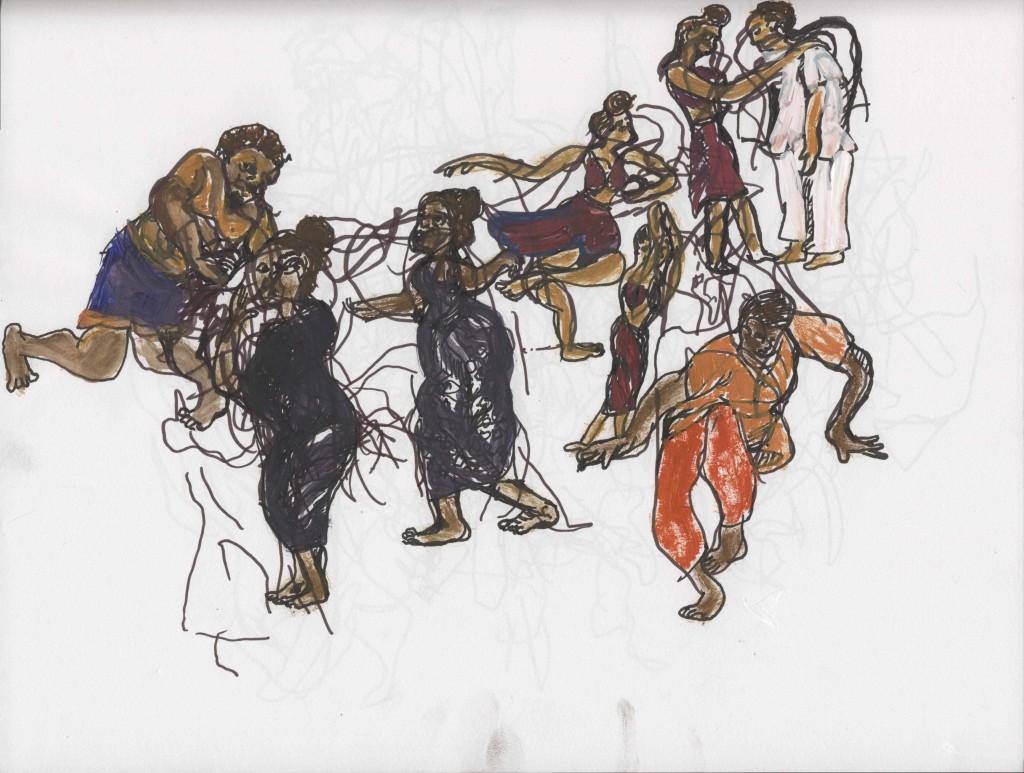 The last piece, Four Corners (2013/ company premier) absorbs the colonial Americas and freeing demons from inside the soul can be analyzed in the costume design, by Keiko Voltaire. The stretched out arms of dancers connect with a horizon and strengthen their personal space. The rhythms illustrated in the illustrations from the first two pieces stay with the dancers’ movement through musical genres.
[Prince Theater] December 14-18, 2016; princetheater.org/next-move