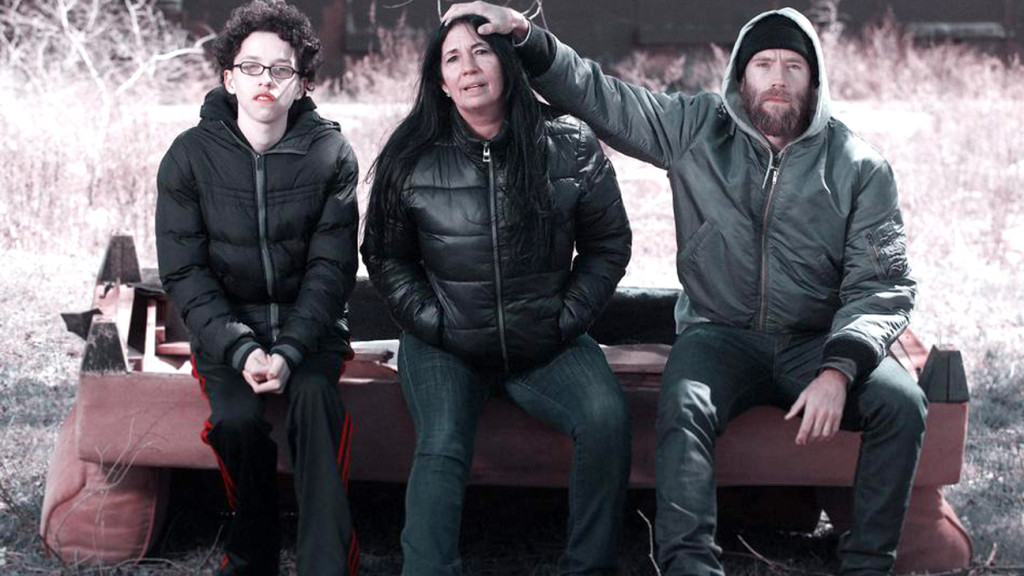 Featured as part of the Greater Filmadelphia programming block, Flesh and Blood is Mark Webber’s semi-autobiographical tale of addiction and redemption. This locally shot film uses a combination of actual documentary and traditional narrative to create a deeply honest fiction, in which the writer/director’s actual family members play themselves. No, we’re not talking Tristram Shandy or This is the End — these performers are not playing heightened versions of themselves, but rather playing themselves in a slightly fictional story. Does that make sense?

Mark Webber plays, well, Mark Webber, a young, recovering addict, fresh out of a five year prison stint. We never get any background on what landed him behind bars, but in a film so disinterested in casting judgment on its colorful characters, excising the specifics of his past is the right move. Mark works to get back on his feet amongst a community generations deep in addiction and poverty, while his mother begins her campaign as Jill Stein’s Vice Presidential candidate.

The reality of the situation is that Mark has never been to jail, but his mom, Cheri Honkala, did indeed run with Stein back in 2012. But really, it’s not the plot beats the film is chasing. The focus here is family/community dynamics based in the truths of an actual family/community. Those interested in a typical story arc may find Flesh and Blood bland, but few will be able to resist the emotional appeal. A scene in which Webber visits his own absentee father documents just the second time the filmmaker has seen the man since childhood. It’s beautiful, heartrending stuff, and it perfectly matches the unflinching but joyful tone of the film in a larger sense.