Timothy M. Kolman’s THE ROSES IN JUNE is controversial.

On second thought, it is the perception of the past that is controversial. It is set in London in 1967 and there is an emotional tie with the fighting in Israel during the 6 Day War. The Holocaust is the worst example of human rights abuse, and the situation of the Six Day War in Israel followed like a reoccurring nightmare in the eyes of a modern world. The past drives the Rose family mad in the play. Paul Rose, played by Tyler Brennan, is being bullied in school and this brings back memories of Nazi Germany for his parents. The terror of THE ROSES IN JUNE comes at first with a dark stage under dramatic lighting and with skepticism. (lighting design by Ryan O’Hara) 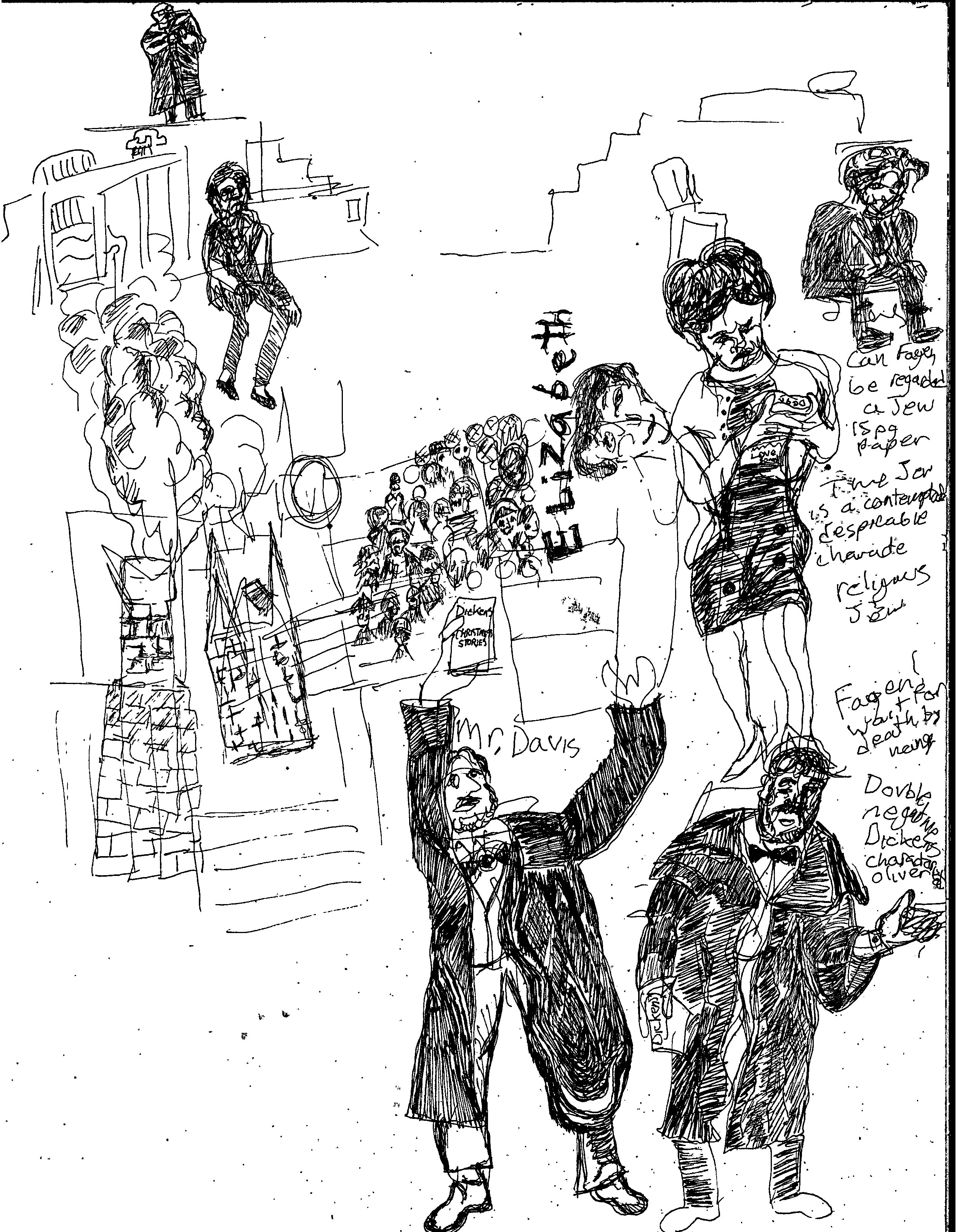 It is not a cliched picture of one kind of man against another, but an aggregation of killing human beings. The psychological damage of this memory for Ingrid Rose, played by Kristin Quin, creates a loneliness in her character. She is standing alone reading a letter from her uncle from the time when he was in a German concentration camp. Her loneliness is brought to our attention by the images of the Holocaust which are projected on the back wall. The back wall is comprised of concrete sidewalks and steps going every which way like a maze, and a Gothic style window designed by Olivia Sebesky. 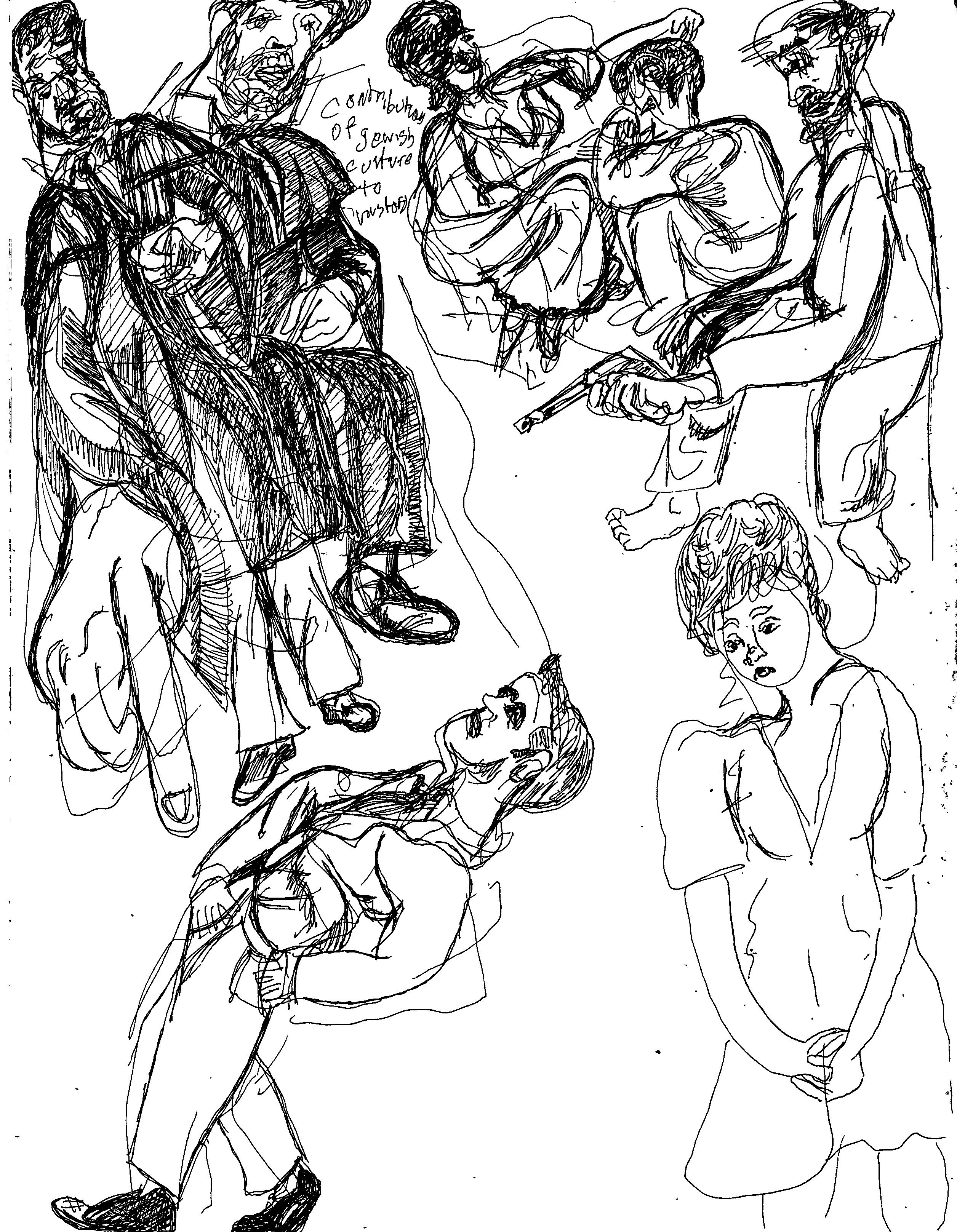 The way into the psyche of the Rose family is through Ingrid’s reflection. The woman’s role in the play is a mother, an interpreter, and a human being. She thinks of Germany as her home even though the Jews were pushed out, and the ones left behind were slaughtered in gas chambers. The history of the Jewish people invokes a sacred revelation, and the irony in the play is like the Haggar in the account of a concubine of Abraham who is driven into the desert because of jealousy. 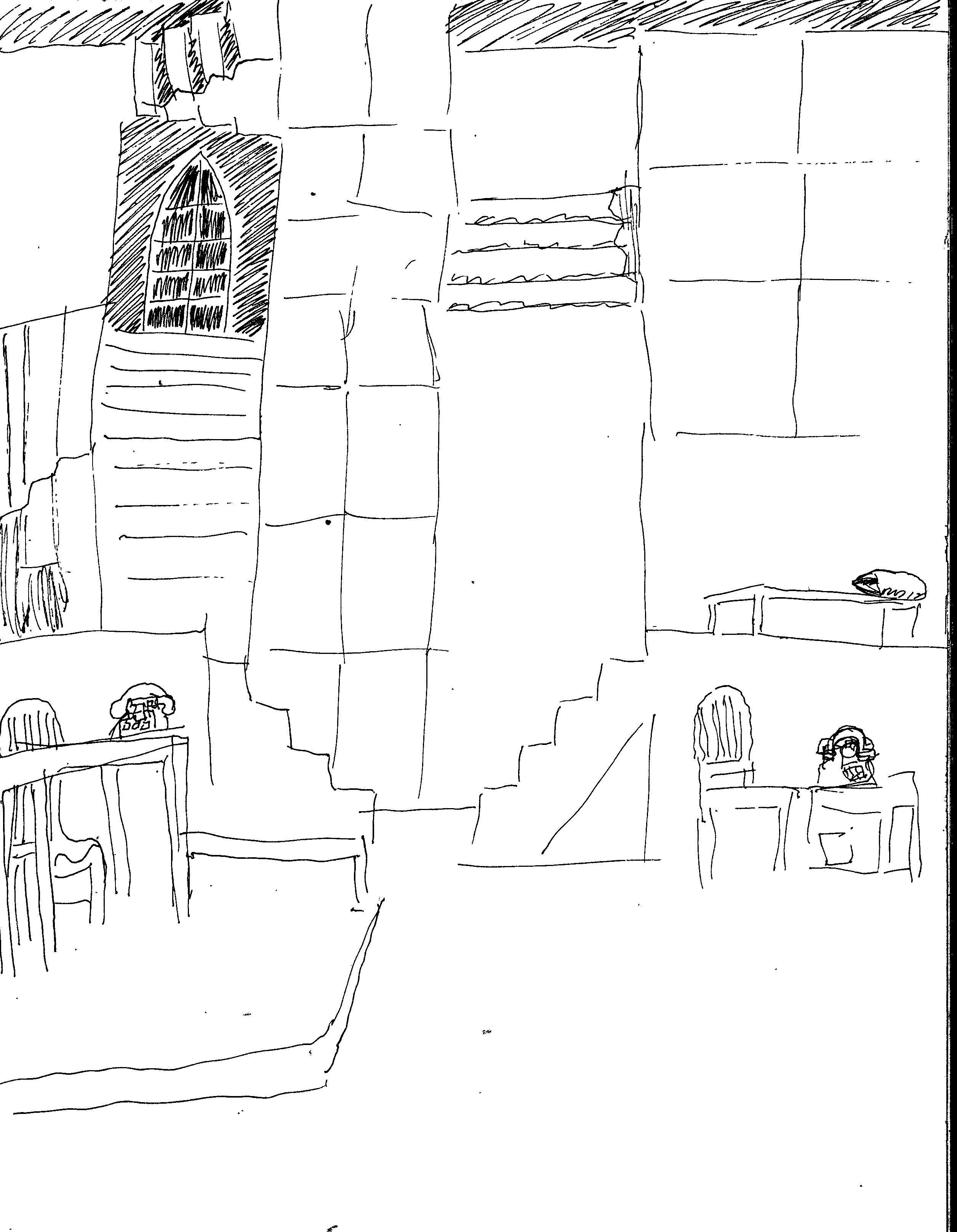 It is 1967, and the academic elitists in London show how certain standards of higher education are limited by their subjectivity. The emotional trauma in the Rose family is a small dose of reality; the only person that goes through the trauma can feel the pain. The English teacher Colin Davies, played by Kyle Fennie, speaks directly to the audience asking rhetorical questions about the reality of a delinquent person like Fagin. Why was the the one character that is depicted evil by Charles Dickens Jewish? Nigel Taplow, played by Bob Heath, is the principal of the school and he is of the opinion that teaching lessons of Mr. Davies is the source of the problem. Charles Dicken’s Fagin, a fictional character, is being blamed for the discrimination at the school. Abdul Amin, who is played by Jay Romero, is bullying Paul Rose because he is Jewish. The Rose family is being bullied which occurs many times through history for the Jewish people. 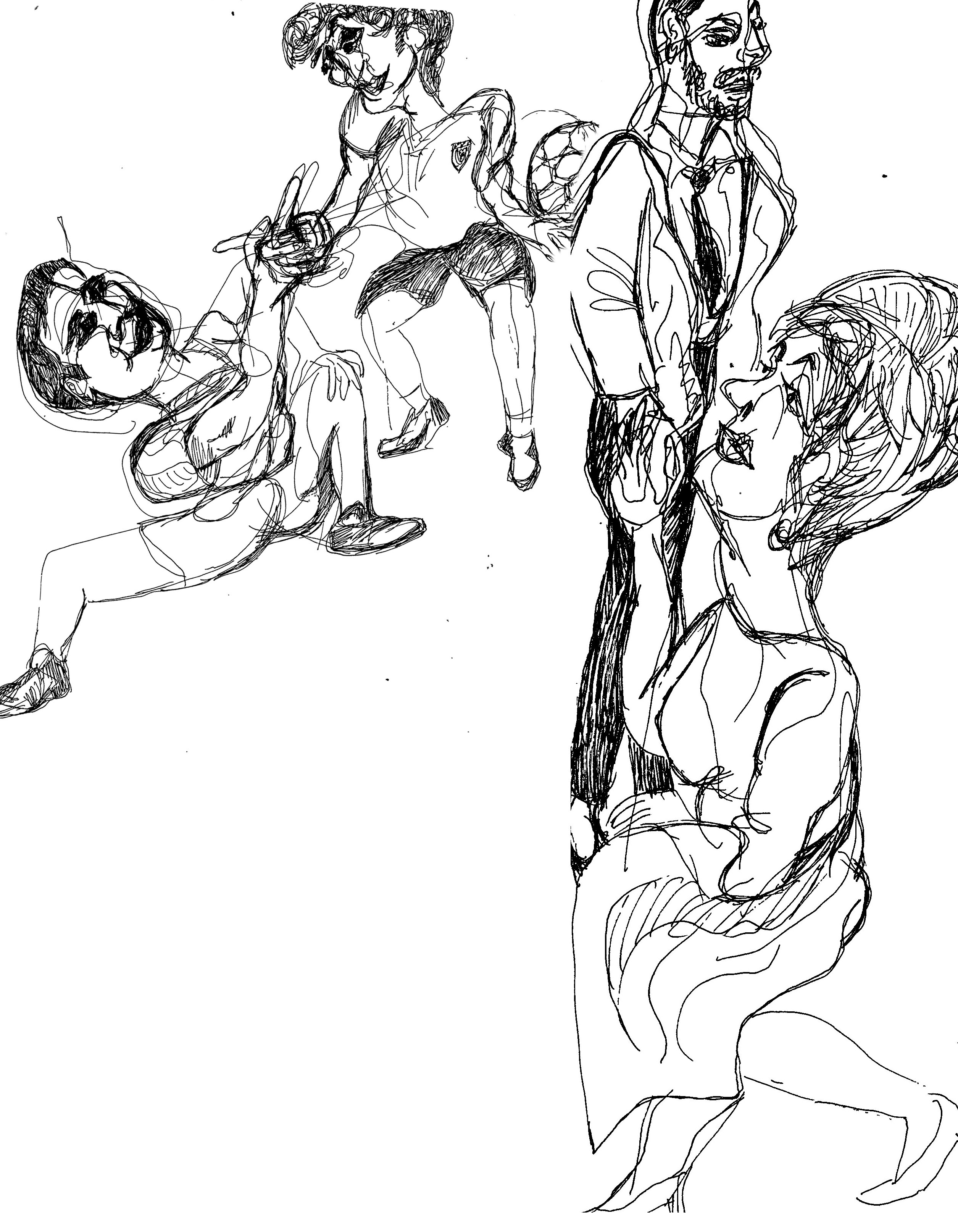 The Family structure of the Rose family shows love toward one another. George Rose, played by Ian Agnew, supports his wife. He jokes about, “the asset stripper,” and acts as a contrast to Fagin. Agnew’s George shows a likable charm and a sense of humor. The play is on the hinge of an event like the 6 Day War in Israel. For example, the land which is being fought over is considered sacred by both the Jews and Arabs. In the play, the Muslim family and the Jewish family share a friendship which is broken by a malicious character fighting in the name of God. The parents are concerned about their children being mislead by irreligious extremists. The director, Allen Radway, moves the narrative through interior and exterior realities.

2 Replies to “Theater in Sketch: THE ROSES IN JUNE (Seagull Productions)”