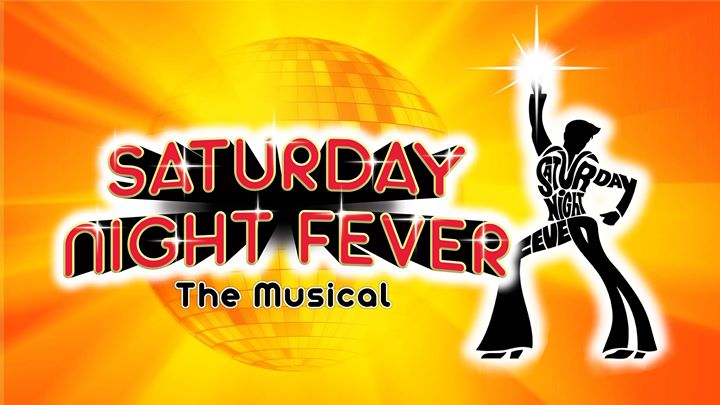 SATURDAY NIGHT FEVER is a white-washed adaptation of the classic movie, with double the music and none of the soul. Director/choreographer Richard Stafford seems terrified of losing audience attention for even a second, filling every stage break with dancers while inventive sets (by Peter Barbieri) fly behind them. The pace is further increased by music director John Daniels upping the speed of the Bee Gee’s groovy classics. Even the coke fueled seventies didn’t run at 140 bpms. The unfortunate yet talented cast desperately spin and flip their way to their spoofable end mark: a group freeze shot with the musical sting: “Staying Alive!”

Jacob Tischler stars as Tony Manero, a young, working-class man struggling to discover his place in the world. He claims to find it on the dance floor, where he’s a favorite at the club. Tischler’s dancing is strong and athletic, but has none of the cool that John Travolta gave to Tony’s strutting mating call. We feel like Tischler is begging for approval rather than releasing his inner artist. His slightly nasal voice carries his Brooklyn accent naturally through the songs, but he doesn’t go for Gibbs iconic falsetto, and there are no brothers to add the classic Bee Gees harmonies. Tischler does find one moment in the show to breathe into his character. During a scene with his love interest Stephanie (Alexandra Matteo), he almost winks at the fourth wall, commiserating with the charmed audience, and we’re his for the rest of the show. Ah, the difference a pause makes! If only the rest of the cast were so lucky.

The supporting cast is equally professional, but find little joy in their parts. Notable exceptions include the beautiful, bluesy singer Candy (Crystal Joy) and dance captain Kristyn Pope. It looks like Pope is actually having fun dancing, and didn’t just tattoo a fake smile on her face. Sabrina Profitt is excellent as Flo Manero, playing the concerned Italian mom as humorous, but not a stereotype. Christopher Hlinka, as Joey, gets to showcase his pop vocals in the song “Dog Eat Dog”. Nicole Colón brings down the house as Annette, longing for Tony in her song “If I Can’t Have You”, but is much too perky cheerleader to elicit sympathy as a social reject.

Oddballs and rejects and failures and nobodies are the original subjects of this story, and their struggles are real and ugly. Someone is raped in the movie. Another talks about abortion. The climax comes when Bobby commits suicide. All of this is changed or Disneyfied in the musical. To replace the emotional drama, it’s filled with banal tunes that use all the cliches of musical theater: the third verse modulation, the clean held tone with vibrato at the end, characters walking past each other singing hopefully to the spotlight about a better life.

Walnut Street Theatre does nothing to curb the stark contrast between meaningful character drama and hackneyed crowd pleaser. It’s ironic that a play about poor people has enough money for glittery curtain call costumes. Matteo captures the dilemma of the production perfectly in her character, Stephanie. She is obsessed with a higher class. She tries to mask her Fran Drescher accent and sips on tea with lemon. But try as they might, no one can polish this…..disco ball.