Buddy: The Buddy Holly Story has returned to the Bucks County Playhouse before making its way to the Kimmel Center’s Perelman Theater on June 24 for previews, with the official opening June 28.  The show tells the story of Holly’s rise to fame in 1957 before his tragic death less than two years later. Holly died in a plane crash that also took the lives of fellow artists, Ritchie Valens and the Big Bopper. GILBERT SANCHEZ speaks about his role as Ritchie Valens in the current production. 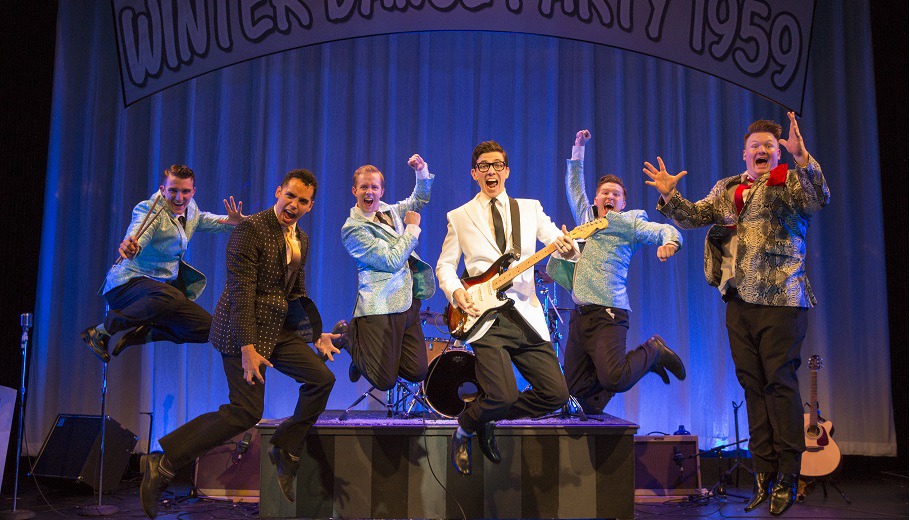 Debra Danese: Which do you find more challenging, playing a real- life character or a fictious one?

Gilbert Sanchez: I think it is harder to play a real-life character because the audience holds you to a certain expectation of what said character should be. With other characters, you get to create their past and how it affects their present state. With real characters, that past exists. The challenge and the fun is learning how to make it real for yourself.

DD: What little known fact about Ritchie Valens did you learn when preparing for this role?

GS: I loved learning that Ritchie was very shy and that he would only drink after performances because he would get nervous. He also found the Big Bopper’s “Hello Baby!” very funny and they would share lots of laughs off stage; which is also true of me and my dear friend, Karack Osborne!

DD: What is your favorite musical number in the show? 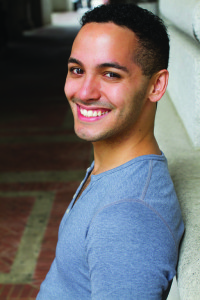 GS: I love the entire Clear Lake Concert because it is so fun and infectious and watching these amazing musicians on stage night after night is so inspiring. I feel lucky to be a part of this. My favorite number in that section is “Johnny Be Good” because it is the only time we’re all onstage together. We get to sing, dance and play together while laughing and grinning through the entire number. We have a blast on the stage.

DD: If a musical was made of your life story, who would you cast to play you?

GS: If this were to happen, I would like to cast it from an open call and discover the actor to play the lead role. This business is so much about who you know and waiting to be at the right place at the right time. I think it would feel good to see someone jumpstart their career by being discovered.

DD: What do you enjoy doing in your down time?

GS: I see a ton of theater. I’m always trying to keep up with the happenings on Broadway. I love being outside; going to different beaches and parks around New York City. Most nights, you’ll find me on my couch watching the hot new TV show with my boyfriend, Ryan, and our cat, Lola.