J.T. Rogers’s much talked-about drama OSLO makes visible the secret negotiations—between determined Norwegian diplomats and political hawks and doves from Israel and Palestine—that led to the Oslo Peace Accords. It was workshopped at Philadelphia’s PlayPenn conference, one of America’s most important and intensive play development conferences, which accepts fewer than 1% of all playwrights who apply. The work begins previews on Broadway at the Lincoln Center Theater, March 23, 2017.

Henrik Eger talks to Rogers about his play and its development in the first of this two-part interview (read part one here). 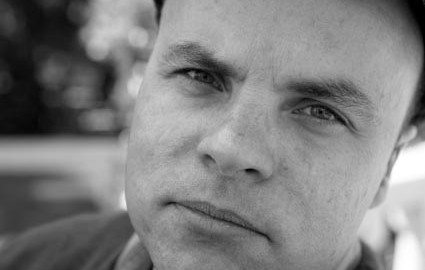 Henrik Eger: How did you come up with the concept for OSLO?

J.T. Rogers: Terje Rød-Larsen, then special representative to the UN Secretary General for Lebanon came to see [Roger’s 2011 drama] Blood and Gifts at Lincoln Center Theater. Afterwards, over drinks, I learned of the secret history of the Oslo Accords, which were conceived and overseen by [Norway’s] Larsen and his wife, diplomat Mona Juul, when they were both young and completely unknown on the world stage. As I learned the details and I asked more and more questions—I realized, I had my next play.

Henrik Eger: Describe the stages that your script went through, from your very first draft to the version that you submitted to PlayPenn.

J.T. Rogers: For me, without deadlines there is no art. I knew I had to have enough pages written by the PlayPenn submission deadline that, when I did submit, they would see there was enough of a play there to take my application seriously. I kept working on the play and, when I was accepted, I brought most of a full draft, which I finished, and refined during my three-week residency.

Henrik Eger: If you have taken other play development workshops, what made them different from your PlayPenn experience?

J.T. Rogers: The only professional new play development conference I’ve worked at is PlayPenn (as opposed to The O’Neill, Sundance, etc.). After being at three different PlayPenn conferences, it’s hard to imagine working in this way anywhere else.

Henrik Eger: Many theater-goers seem to know little about the important work of dramaturgs. Could you describe the input on your work by your dramaturg, Heather Lester?

J.T. Rogers: Until the middle of the last century, dramaturgy was part of the European theater process—originally German, I think—wherein a dramaturg assisted the director and actors in boring deeply into the history and culture of the play they were undertaking. Keep in mind that new, “serious” plays going fresh from page to stage fell out of favor for a long time in Europe. So, having a living playwright around to do this work for the director and cast wasn’t happening.

In the US, in the last 20 years or so, dramaturgy has expanded so that many new plays now have a dramaturg in the room at all times—commenting, giving script ideas, writing suggestions, etc.—akin to having a second director. I don’t work this way. By my lights, to put it plainly, this kind of work is writing the play, full stop. And that is to be done by the author, with input from the director. Full stop.

For me, this workshop at PlayPenn was the first time I’ve had a full-time, always-in-the-room dramaturg on any play, at any stage, of mine. So, at first, I was a bit at a loss on how to take advantage of “my” dramaturg’s considerable talents. But, Heather Lester proved to be Old School as well as New. She was able to get name pronunciations to all the actors and, most crucially, to get all the lines in the play in Hebrew, Arabic, German, and Norwegian translated and into the hands of the cast. This was immensely helpful. With only 39 hours to rehearse, we didn’t have to spend precious time in the room going over these things.

Henrik Eger: What impact did Tyne Rafaeli, your PlayPenn director, have on the way you rewrote parts of your script?

J.T. Rogers: I’ve not worked with a more ferociously committed theater collaborator than Tyne Rafaeli. Over the three weeks we spent joined at the hip, I almost never slept as I wrote and rewrote and wrote and rewrote—but she never slept. She would rehearse the actors nonstop. Then she and I would sit down with the script and knock things about for hours and hours. Then, she would race back to NYC where she was in charge of putting in the new leads in one of the biggest Broadway shows going. Then she would race back to Philly to start the process all over again. Not once did her work suffer from fatigue as she relentlessly pressed me with excellent questions.

Henrik Eger: Tell us about your work with the actors, especially anything they said or did that might have helped you in reshaping parts of your play or perhaps rephrasing something.

J.T. Rogers: To give an example of the wonderful work of the actors in my workshop, David Ingram played the lead role of Larsen (he was also, superbly, the lead in my PlayPenn workshop of The Overwhelming ten years before). After the reversal-filled opening scene, Larsen turns to us and delivers a speech—that I rewrote and rewrote endlessly, to the point where I was beginning to question its necessity. As soon as David started working on it, I said to myself, “Right. It works. It needs more tweaking—but it works.” David’s intelligence took the lines where they needed to go.

Henrik Eger: Among playwrights in North America, both Paul Meshejian and Michele Volansky are legendary for nurturing new plays.

Henrik Eger: One of the PlayPenn goals is to “provide as many resources and remove as many obstacles as possible.”

J.T. Rogers: The Playwright’s weekend before the conference gives the writers and directors in-depth, intimate time together—helping us to become a community of theater artists, all sharing the same goal for the coming workshops.

Henrik Eger: Could you tell us a bit about your experience with Wil Kauffman, your intern?

J.T. Rogers: Wil is a sharp, gifted young writer, who I’m still in touch with a year plus after PlayPenn. I can’t wait to see where his writing and theater making takes him.

Henrik Eger: Each of your plays was given two public readings with professional actors. How much did that process shape Oslo?

J.T. Rogers: The first reading allowed the actors to get a sense of how the play played, and to realize that which they did not yet understand. It allowed me to have a deadline to meet (more pages!) and to hear what I needed to fix for the second reading.

Henrik Eger: Overall, how would you describe the PlayPenn process and its impact on your play?

J.T. Rogers: The support and care you get at PlayPenn are tremendous. The “insight” I’ve gained each time I’ve been there has been: trust yourself and write and write. It sounds obvious, but in the heat of it, it’s hard to lose sight of that.

One Reply to “Opening Doors, No Matter What: OSLO playwright J.T. Rogers talks about the evolution of a new world classic, developed at PlayPenn (part 1)”