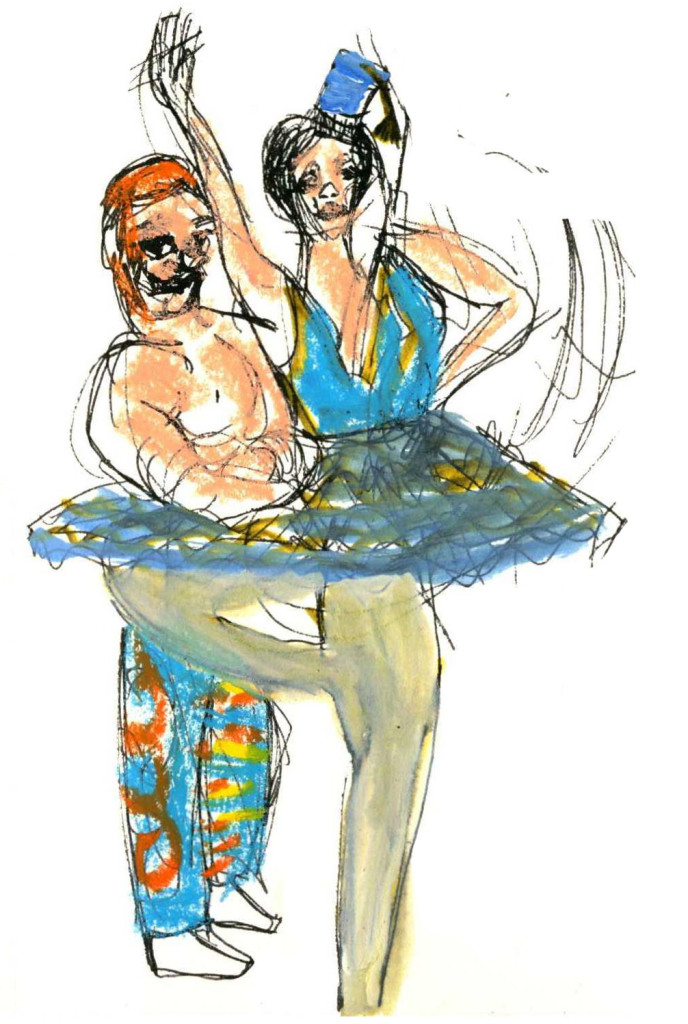 Founded in 1974 by Peter Anastos, Les Ballets Trockadero de Monte Carlo has made its trademark to have male dancers crossdress in tutus. NextMove Dance brought the company’s signature style to the Prince Theater March 8-12, 2017.
This act for men en pointe shoes and turning their hips out in pirouette is extremely difficult. The director Tory Dobrin gives these ballerinas and dancers a chance to express themselves while still performing the original choreography of Swan Lake, La Esmeralda, and Don Quixote. 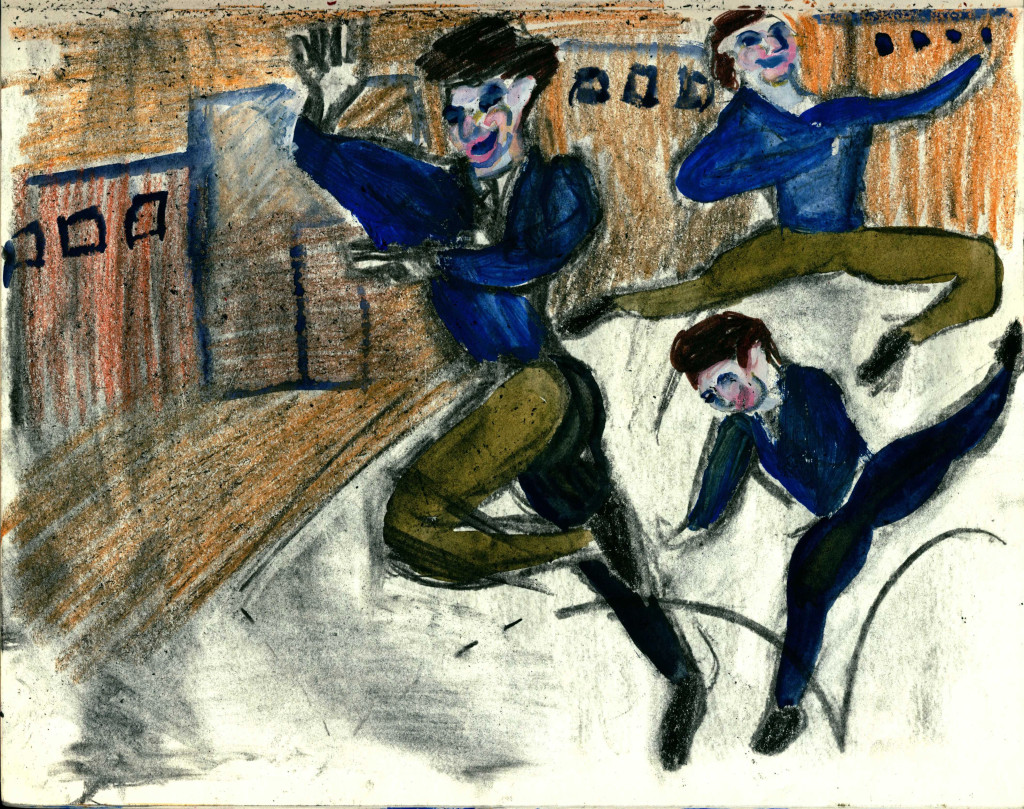 These grand ballets and revivals are by Muriel Petipa, the long standing First Ballet Master at the Russian Imperial Theater in 1887. In 1900 Alexander Gorsky reworked Muriel Petipa’s 1869 Don Quixote. His style broke the symmetry shows a natural movement. It is my opinion that the Trockadero dancers are continuing the tradition, and taking from the free form of Alexander Gorsky. 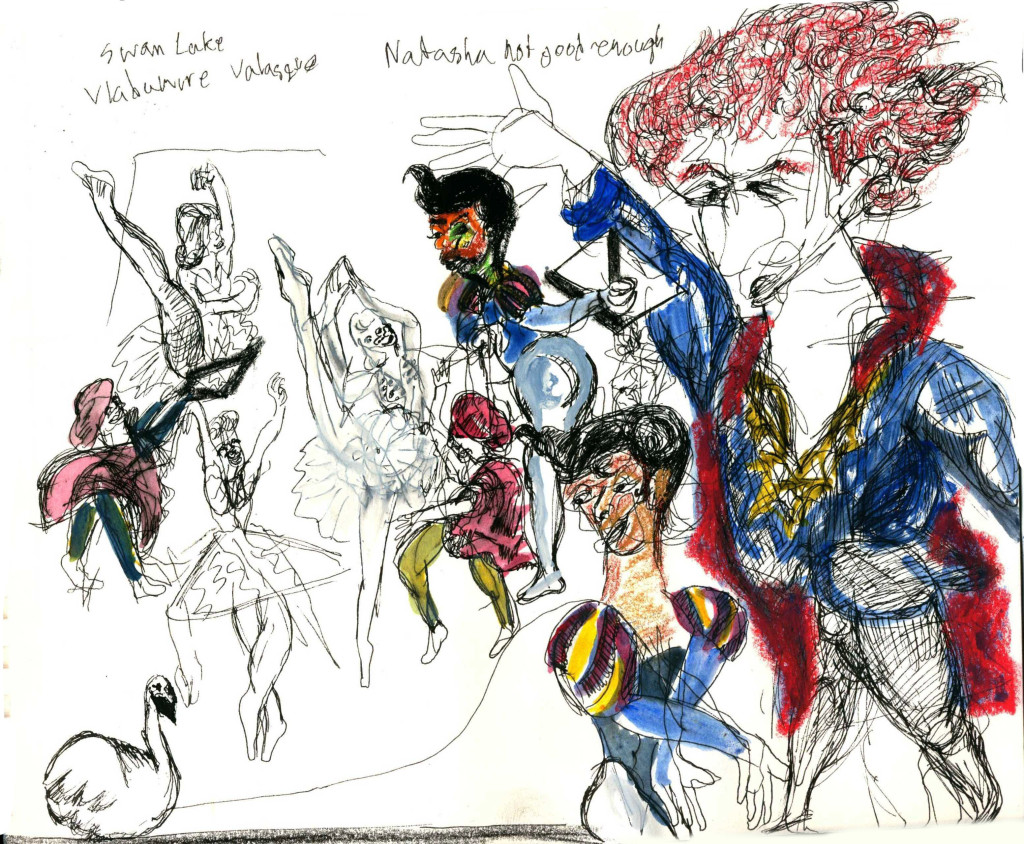 The first dance performed by the Trocks is the second act in Swan Lake. The comical way in which the storytelling is dramatic and humorus. There is a seriousness that comes from the tradition of Russian Imperial Ballet which precedes the talent and inventiveness of this transvestite performance. The spectacle of transvestites and their commentary during the performance makes it hard to forget the story of a princess turned into a swan. Lastly, the Trockadero’s “Dying Swan” is a single performance emphasizing the strength of these dancers.
The second act is a pas de deux which is a duet by Alla Snizova and Araf Legupski. It consists of flips, and pirouettes which would normally be performed by a woman but since it is a Trockadero performance, a male role replaces the female dancer. The re-arrangement of classical ballet gives voice to queer identity and gender curious persons. They relate to classical ballet through intricate choreography and the personalities of the dancers combine the two worlds.

The third act the Trocks performed was La Esmeralda. The story of a hunchback who never had a chance with the beautiful Esmeralda. One gypsy casually eats an apple off to the side. Then she offers Esmeralda the rest of her banana. Next Jacques d’Ariel, Pierre Grengoire in the story, gives Esmeralda a pill that makes her tremble. I found it mischievous, anxious, and satirical to have this aside happen center stage. 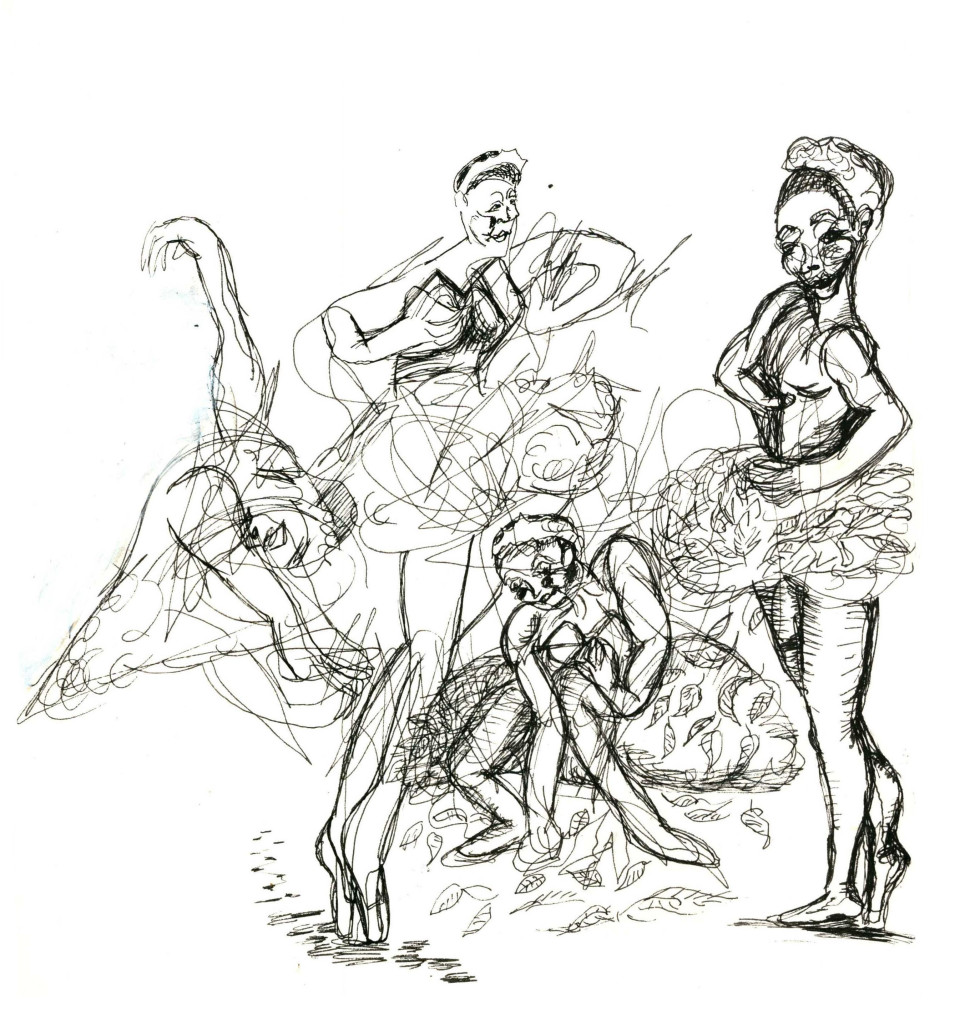 The participation of the dancers with the reaction of the audience was most exciting. The pattern was that the curtain would fall and their act would continue. It was a quick look after the performance, and the audience could see the dancers interact beyond the narrative. The dancers fought over the bouquette after Swan Lake. After the curtain descended following Paola Cervellera’s performance in The Dying Swan,  it seemed to me that Olga Supphozova was posing as Marilyn Monroe. At the end of the final act Don Quixote, the audience was clapping along with the folk music, the dancers formed a circle, and it was like a Russian Folk Festival. I felt I was part of the fun. The success of the Trockadero dancers is the energy they bring to classical ballet and their audiences.
[Prince Theater] March 8-12, 2017; princetheater.org.