On January 18th I attended one of Next Move Dance Performances at their new home, the Prince Theater. Since 1983 Next Move Dance has been instrumental in bringing various types of dance companies to audiences in Philadelphia. Doug Varone and Dancers presented three different dances. ReComposed had its premier in 2015, Folded premiered in 2016, and lastly Possession was premiered in 1994. [Prince Theater, 1412 Chestnut Street] January 18-22, 2017; princetheater.org/next-move. 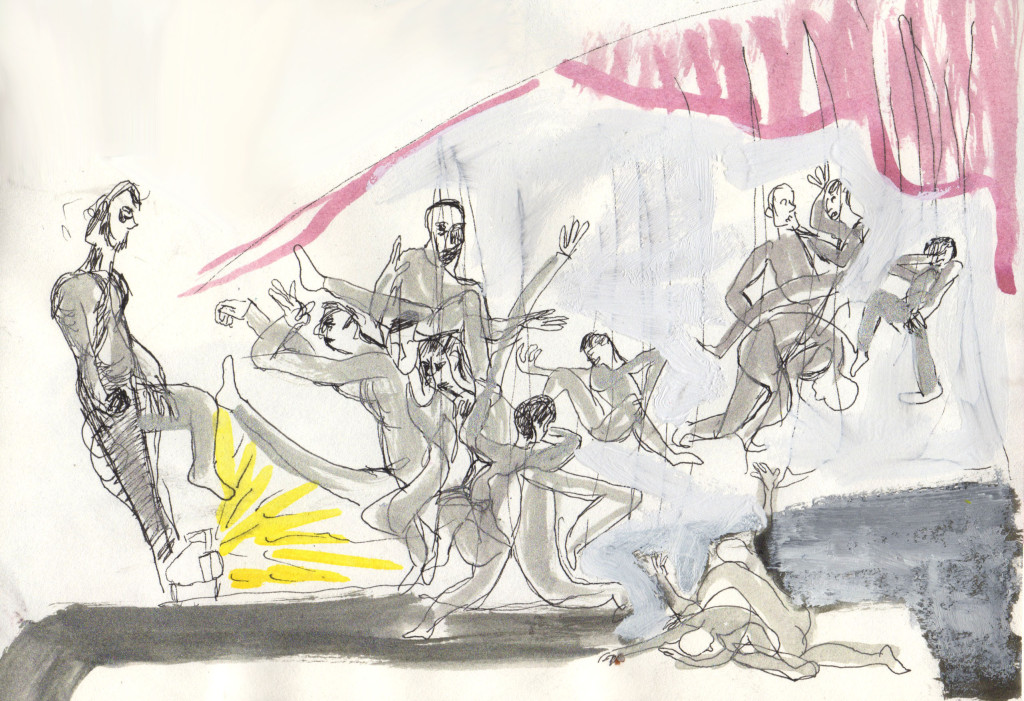 Doug Varone’s impetus for making ReComposed is a painters work, that of Joan Mitchell. My initial feeling as the red curtain ascended and the first piece, ReComposed, began was that it was magical. This first piece begins to create an illusion of a force that moves the body like the work of a painter. The sheer body suits in the beginning of ReComposed allow their flesh tones to show through. The technicolored backdrop keeps changing, and this effect played with the dancers movement. 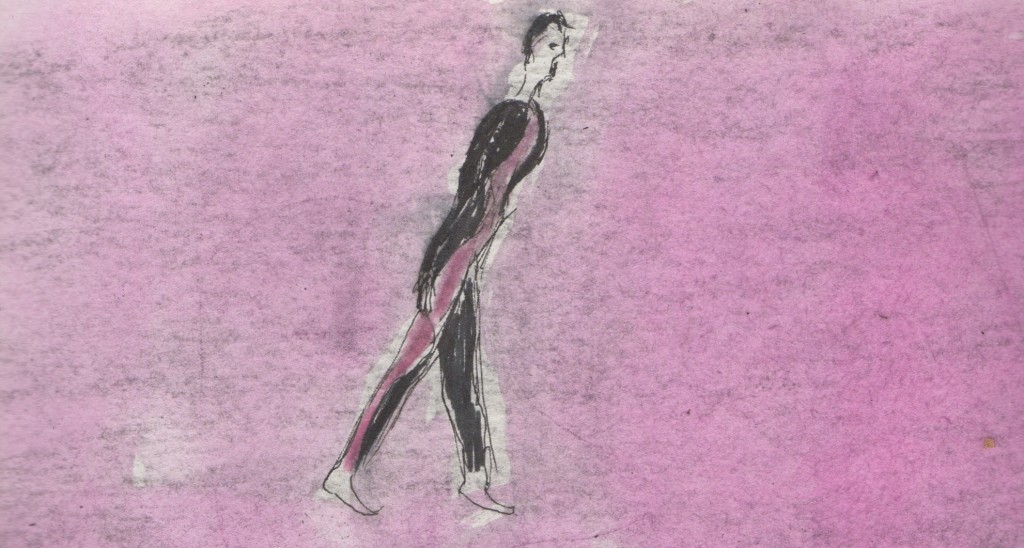 One movement in particular happened to escape me. It was half-way through ReComposed when Whitney Dufrene steps on stage looking different from the rest of the dancers. She is wearing a stripe of red on her black body. I could not believe my eyes. I was following the intensity of the physical lines which the dancers made by design. When Whitney Dufrene lies on the stage reaches up, she rotates around to face the audience, and holds her hands out in front of herself. It was as if she was holding the impetus in her hands.

The mood changes in the second piece, Folded. The duet in Folded takes me back to a familiar place and a familiar time, like an old photograph. The promenade which these dancers skip to, in my opinion, contrasts with the darkness of the set. The two dancers in the second dance, Hollis Bartlett and Alex Springer, take on an apathy as if it was a dark comedy. The mood was dark and the lighting created a stormy atmosphere. At the end of this dance they stop at the front of the stage, and side by side they distort their faces by shaking their neck, and fading away together.

There is a pause and the the third dance, Possession is slow and intense. There seems to be a deep space. It is an abstract narrative about two Victorian poets who had an affair with each other. There seems to be a light at the end of a dark tunnel or a train whistle is beginning to appear louder. The floaty dance of this partnering shows new heights and new lows for how Doug Varone controls the intensity. There was a dynamic angle which the dancers’ gestured toward each other and I think it created a believable space between body and soul.