Sleeping Beauty the Musical Panto by Peter Pryor and Samantha Reading expresses an ageless story. It is an artistic exploration into space, time, and sound. (Read a review of this People’s Light and Theatre pantomine here.) 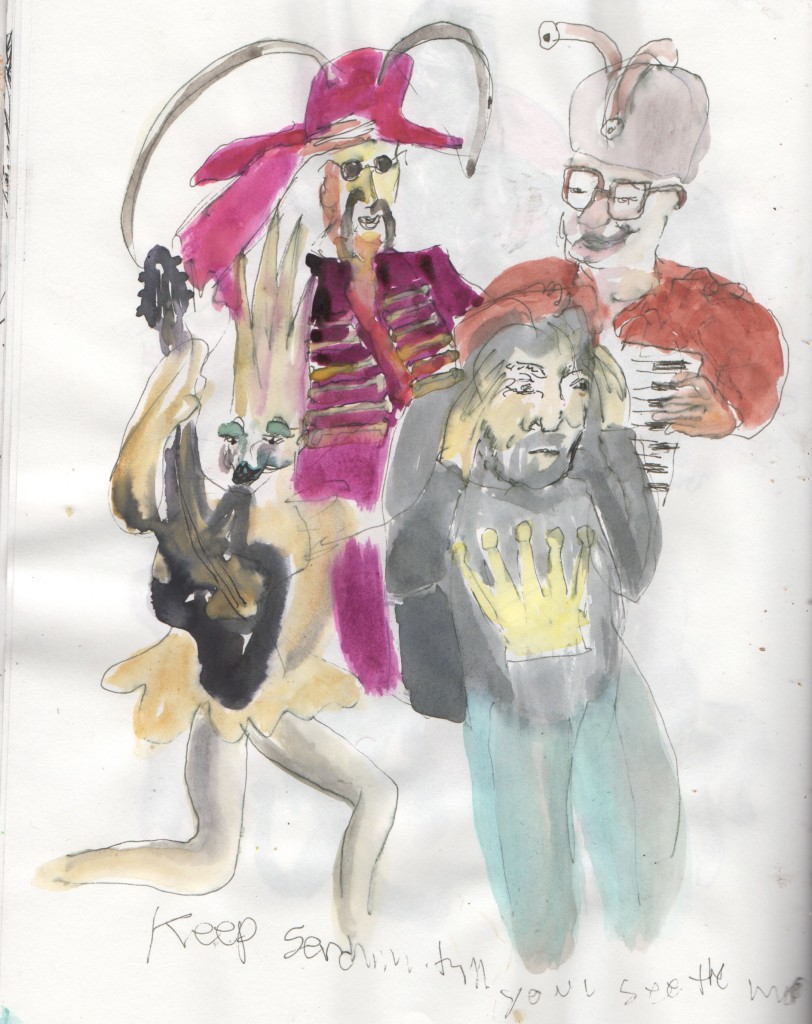 Emily Kaye Lynn, Brendan Norton, and Josh Totora start by rapping, introducing musical icons along the way and mimicking notable faces on album covers. Turning the musical into a space and time continuum we travel the spectrums of music history. A perfect stage for pantomiming, this absurd play between childhood and adulthood, young and old, innocence and maturity, represents music of all ages. 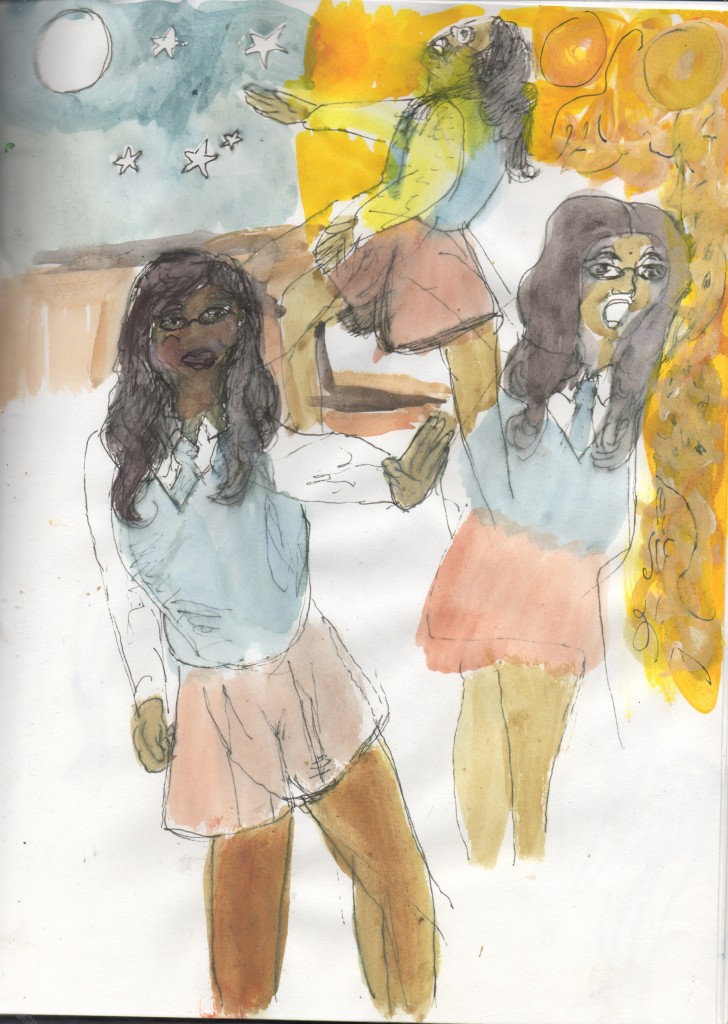 The stage is set with gold records and vintage boxes labeled by LOTTA LOTTA LOVE records. The music is composed by Alex Bechtel with Thomas Fosnocht III as the music director. The musicians surround the princess. Ariana Sepulveda as the sleeping beauty is enchanted by the science that has her listening to the sound of space and searching the sky. 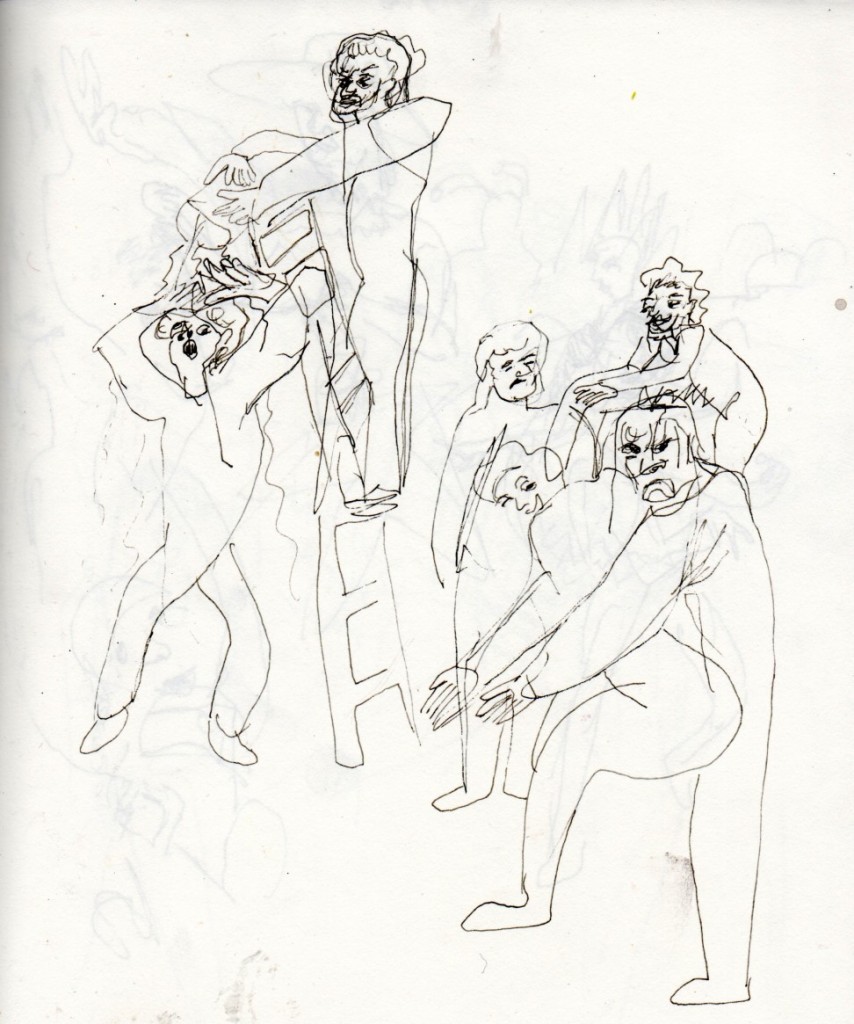 Coming from behind the audience, Hannah Von Sover is like a guest from out of the crowd, appearing like an ogre. The darkness is subtle because this musical panto is a feast for your eyes and ears. The color on stage releases energy along with the musical instruments as the musicians take us on a trip through time. 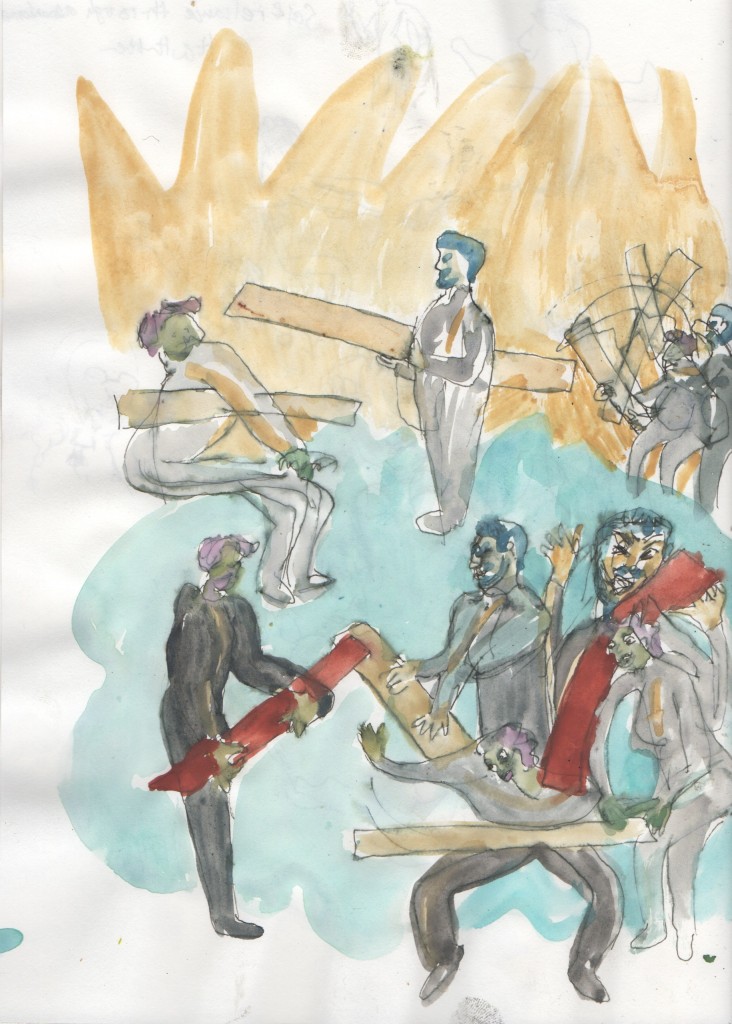 Brendan Norton welcomes us, and Mark Lazar begins this fantasia as if we have just fallen into an Alice in Wonderland-ish worm hole. The whimsical characters, Moon and Star, remind us of the more traditional ballet while still complete with pantomiming hysteria by the tall and pretty Tabitha Allen, and the adorable child star, Abigail Brown, waltzing together. By this time Princess Aurora has fallen into the pernicious folly of a world we live in. 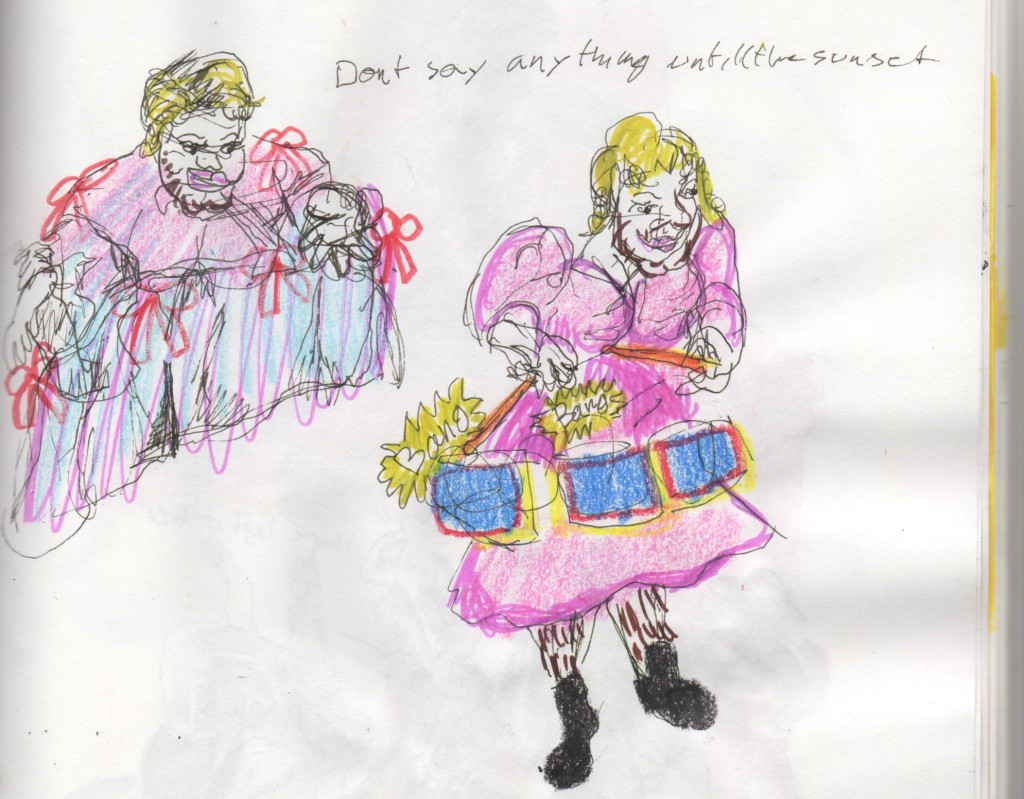 The symbolic galaxy off to the side of the stage illustrates the turning point in the story when the moon falls down and cannot get back up. There is a magic effect when these still objects become active. Maybe it is what makes a shooting star more phenomenal. The encrypted language of the star is comical, and creatively inserts words like, “Conshohocken” and “Schuylkill” as if they were foreign and rhythmic sounds. This is a circus of unusual persons, plain and dirty, good and evil. 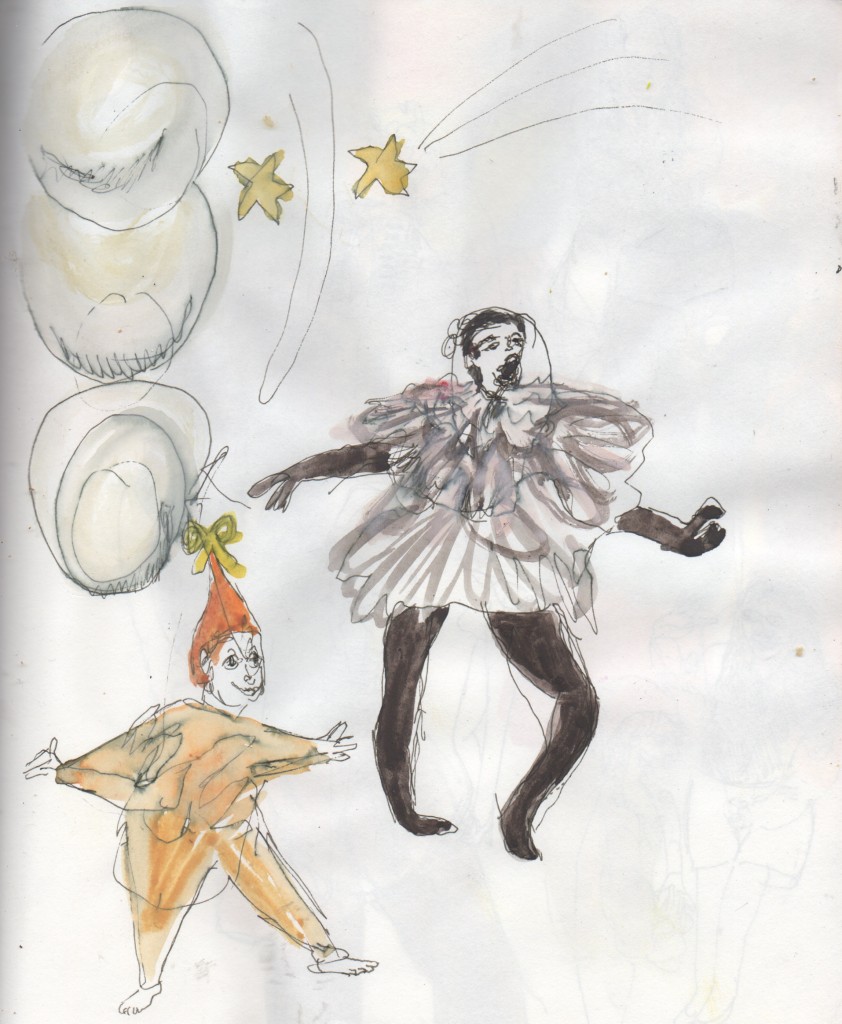 Though the cursed princess’s conundrum is animated by silly pantomiming in a fairy tale world we are searching for the moon. The music is also speeding up time for the sake of ending the curse. The day is finally here, and the anticipated arrives in the form of a real antique phonograph. 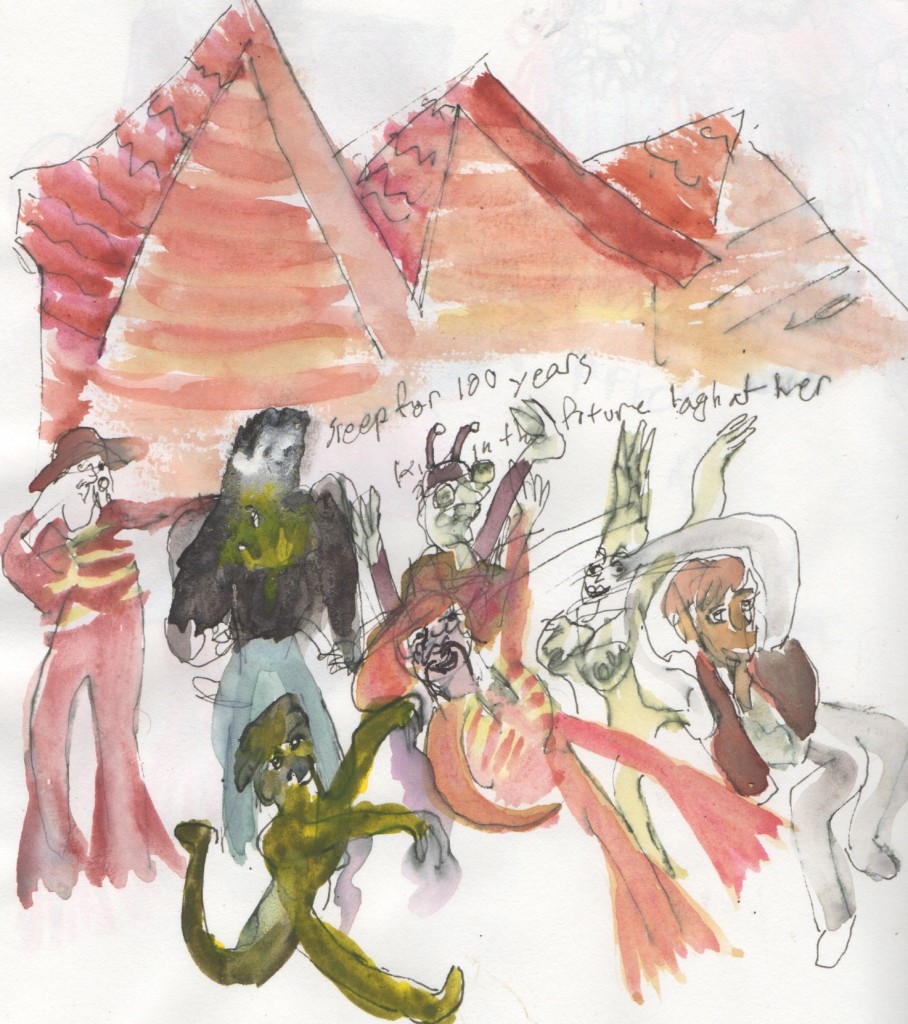 Peter Pryor and Samantha Reading’s adaptation is especially appropriate for the original story. The music moves us by way of an unseeable force and, physically, Ariana Sepulveda’s voice projects into outer space.

Kim Carson’s voice is the princess’s demise. She is the Chanteuse who cursed the princess in the first place. While she provides lead vocals for the performance her slow melodic counterplan is a phenomenal stoppage of time. The King has banned record players for his daughter’s safety, but the whole cast is waiting for the curse to be over at the end of the day. 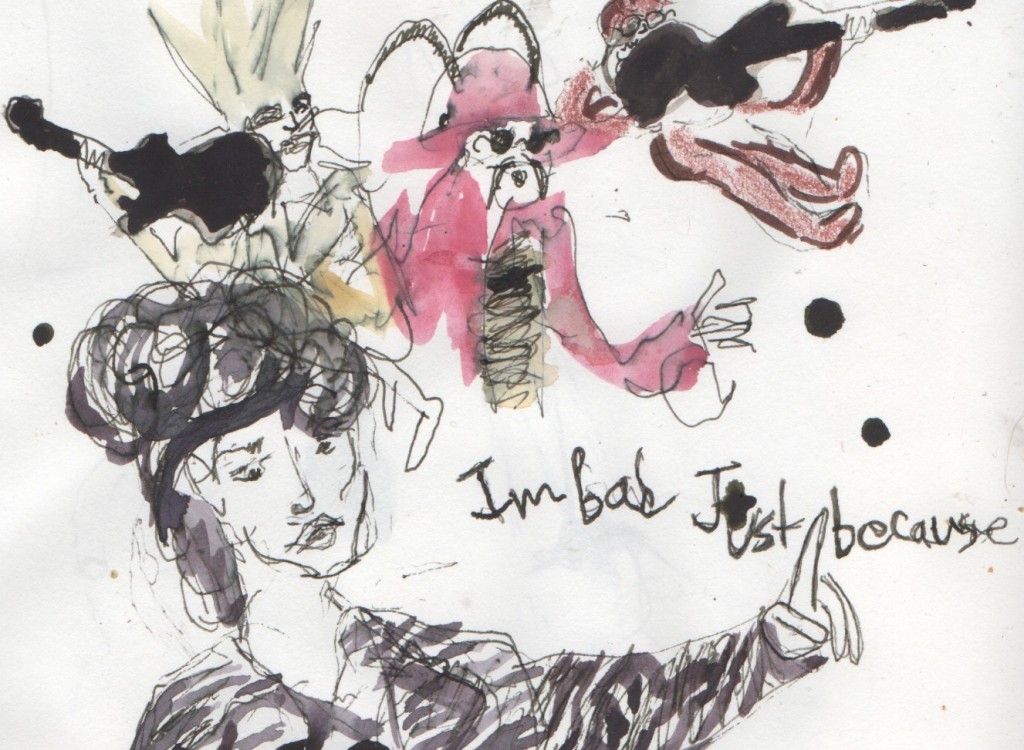 As the story comes to an end the hands on the clock seem to be going backwards. Like a record player goes round and round, and the music fast or slow, there is a need for communicating misunderstood fairy tales which persist even in our time. [People’s Light & Theatre, 39 Conestoga Road] November 16-January 15, 2016; peopleslight.org. 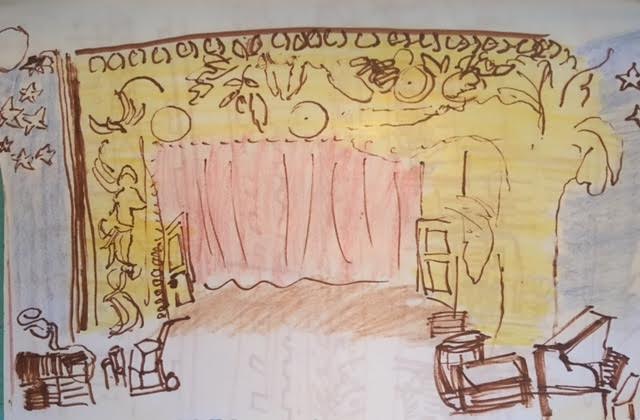