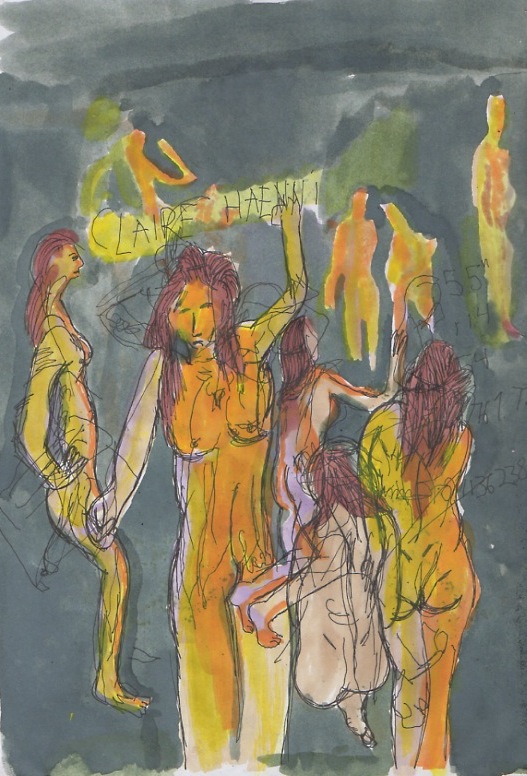 The performance was dark and the human body’s slow movements made it very eerie. It was as if we were waiting for something to happen, but it was already happening.

The audience reacted well to the human shadow puppet (above).

The lighting was stark, and I thought of Carravagio’s chiaroscuro. The lamp light was held by one of the four dancers and follows a man and a woman. They pulled at their skin and stand in the spot light examining their own bodies (above). 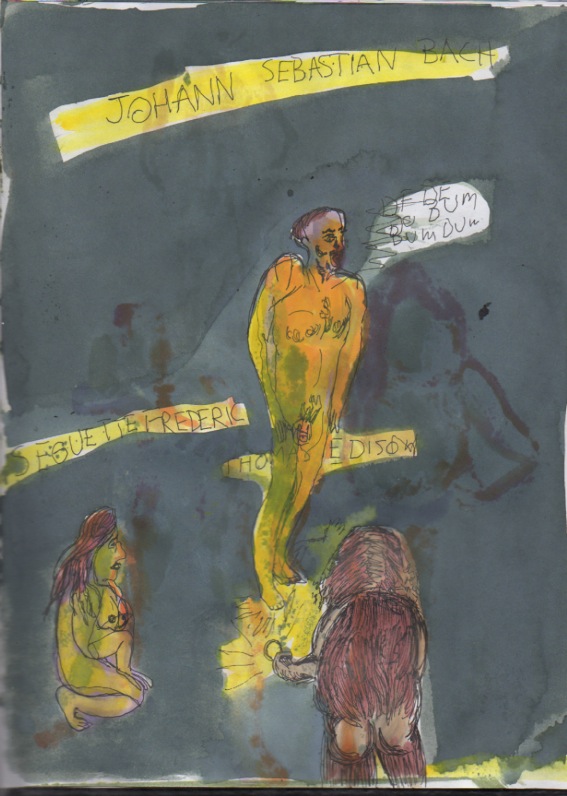 Another dancer stood off in the dark solely to make chanting sounds (above). 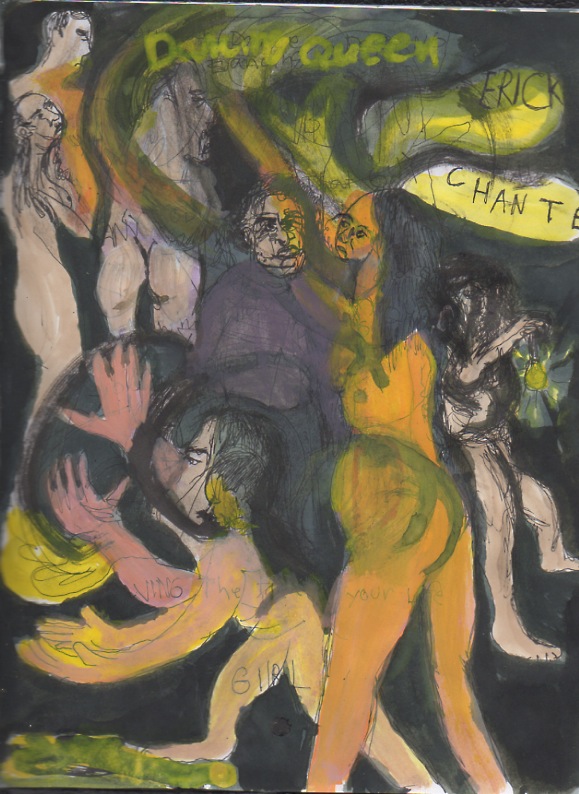 The presence of the names written on the walls in chalk (Thomas Edison, Johann Sebastian Bach, Claire Haenni, and Federic Seguette) divide the piece into a literal and figurative dreamscape (above). 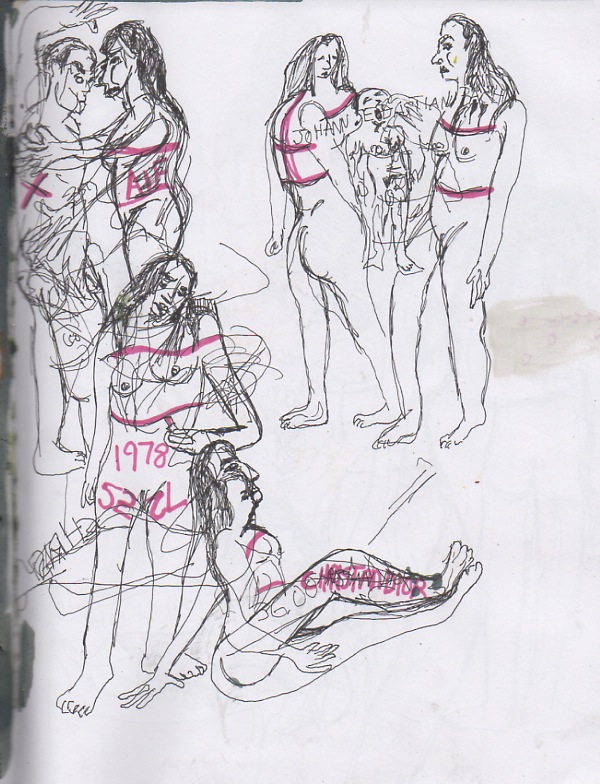 The writing on the wall means something, Claire Haenni and Seguette Frederic write their own names on the wall while the other names, Edison and Bach describe the secondary characters as light and sound. The blood red lipstick and urine shows the presence of a man and a woman and how they leave a mark on one another (above). 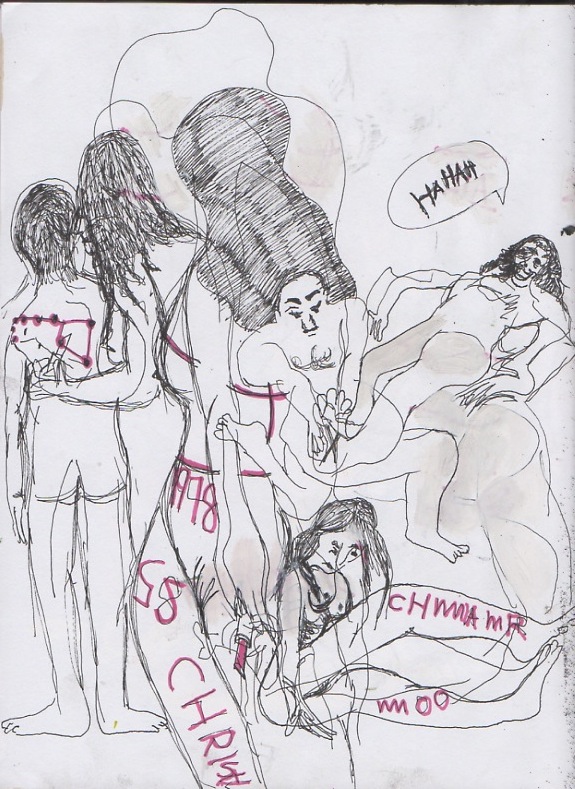 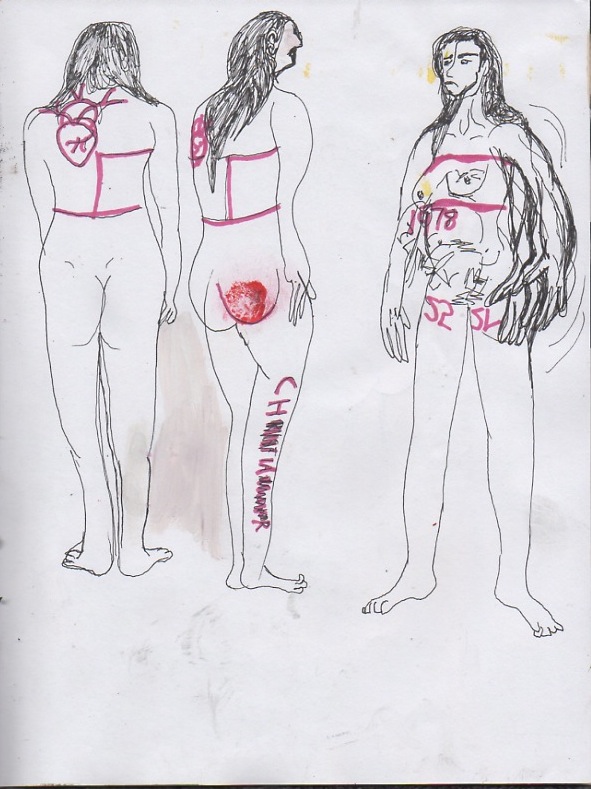 Then  the woman repetitively slaps her ass only to show a red hiney (above). 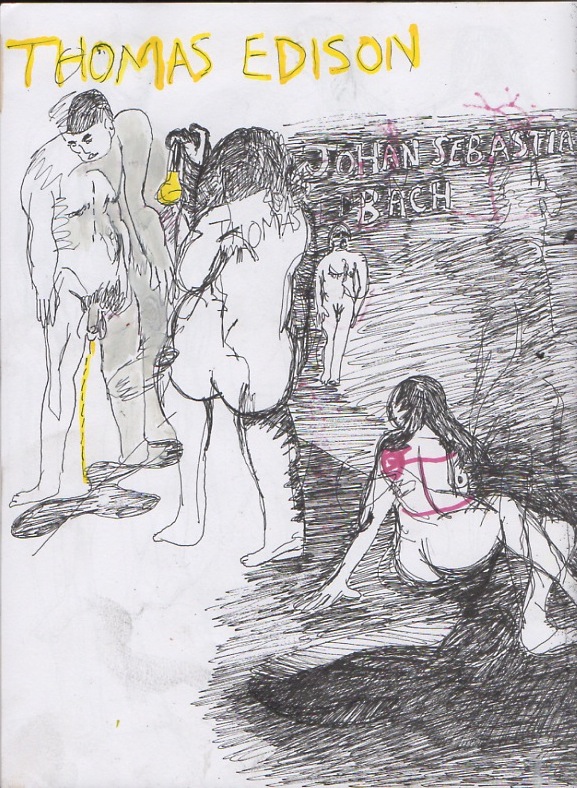 In Jérôme Bel’s dance the light is consumed by the dancers and they piss it out in the end (above). 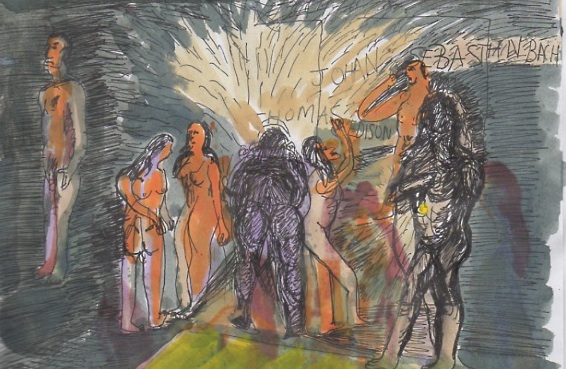