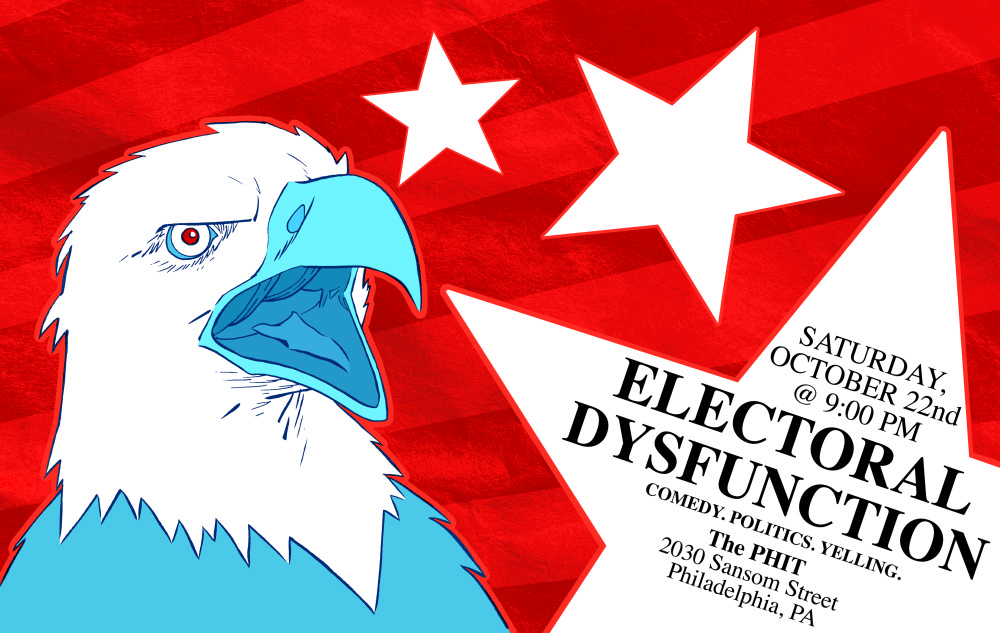 As the electoral dysfunction of the 2016 presidential campaign nears to a much longed-for close, New York comedy show ELECTORAL DYSFUNCTION returns to Philadelphia for one night only, October 22, 2016, at 9pm.