For a while, Northern Liberties replaced Old City as a hub of the Fringe, with the headquarters of the former Live Arts and Philly Fringe, the festival box office, and the Fringe bar all located in this neighborhood in the past few years. FringeArts has changed its name and moved on to temporary offices in Center City ahead of the move to its new waterfront headquarters; Ruba Club has given way to Underground Arts as the site of the festival bar, though Underground Arts is considered part of greater NoLibs in the Festival Guide; The box office is back in an Old City storefront. But the are north of Old City remains a key go-to place for the 2013 Fringe Festival. Phindie’s sixth Fringe preview looks at this neighborhood.

This area is short on theater productions—Forever Dog Productions’ Dream Date looks at a post-apocalyptic Thanksgiving and Cut House’s Reggie’s Brodie boasts a “vaudeville extravaganza”—but it is a site of one of the most eagerly anticipated Fringe shows: a breakfast-focused interpretation of Truman Capote’s Breakfast at Tiffany’s. Holly’s Dead Soldiers (A Breakfast Play) promises cooking and drama by three excellent local playwrights.

Bruce Walsh has been involved in six previous festival productions, including three in what is now the Presented Fringe. He wrote and produced last year’s critically acclaimed living room piece, Chomsky vs. Buckley, 1969, and returns this festival with a similar intimate show. He is joined by admired playwright Douglas Williams and writer Chris Davis, who authored 2012 Fringe fave 1 Year and a Day and has impressed since with two one-man pieces: Drunk Lion and The Violence of the Lambs.  Performances take place at Walsh’s Northern Liberties home. Tickets are probably already sold out, but if not, get one now. Kegs and eggs, Capote style. 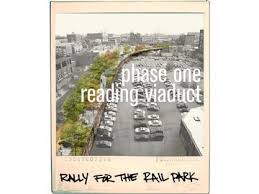 NoLibs and the Loft District make up for the lack of theater shows with shows in four other categories. In Comedy/Improv, Federal Detention tells the true story of two marijuana activists’ jail time, in music, GET REAL features performances by an array of leading Philly comedians, including the hilarious Doogie Horner. In Dance, Yes Brain Dance Theater gives a spontaneous adaptation of Sam Shepard’s Fool for Love and Busts & Trunks pleases nerds with a Doctor Who burlesque show. And the neighborhood provides a welcome reminder of the Fringe’s large remit with a one-day happening: a rally in support of Philly’s prospective High Line, the Reading Viaduct Rail Park.