Excerpted by kind permission from The Dance Journal. 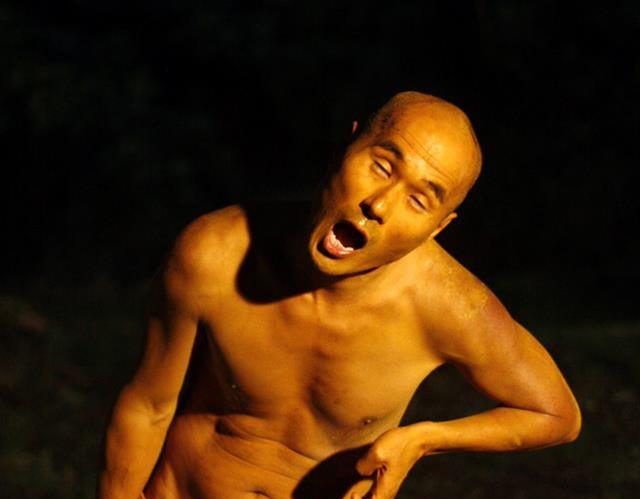 Improvisation is an enticing, yet dangerous, approach to performing. It forces the artist to learn how to think on his/her feet, while taking the audience on a high-wire trip where literally anything could happen. But then, risk is what the Fringe is all about.

Japanese movement artist Ryuzo Fukuhara has teamed up with music improvisation band Wormhole Superette to present RHIZOMAS, Improvisational Music and Movement, a combination of Fukuhara’s movement and Wormhole’s music that is, start to finish, totally improvised…. Fukuhara is an effective communicator of emotions. Using both his expressive face and controlled movements, he can lead an observer from nightmarish madness to whimsy and into frenzy in a matter of moments. It was difficult, if not sometimes impossible, to figure out who was leading and who was following in the improvisational process, the man or the band. It doesn’t really matter, since both were flying without a net. What was great was that we the audience were invited along for the dangerous flight. And because it was improvised, it can never be repeated exactly, ever again. Read the full review on The Dance Journal >>>.