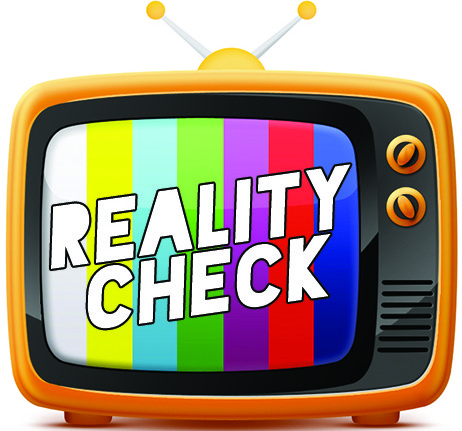 Exploring the world of reality TV… through theater, REALITY CHECK brings an uproarious ensemble of far flung stereotypes under one roof. After a PR nightmare caused by a disastrous finale, a cable network tries to regain its footing – by getting even more outrageous than what got them in trouble the prior season. The drawling southern station owner (Maria D’Alleva), and the mastermind reality tv producer (Todd Cardin – also the writer of REALITY CHECK) kill with spot on delivery and smarmy discussions of must-see TV. In a Big Brother style remake, they’ve decided to gather a motley bunch of characters with varying levels of neuroses to shack up in a beach house together. Some of the highlight performances include a pro football first draft pick turned cross-dressing cheerleader (Joe Smart), a porn star gubernatorial candidate (Esther Cardin), and a scrappy home care worker with a penchant for boxing (Bryan Cortese).

This 90 minute production flies by as fast as the jokes come, touching on all the absurdities of reality tv. And what would reality TV be without the iconic confession cam? Lights dim regularly throughout for individual commentary videos, which provide just as much entertainment as the live action. In fact everything down to the play program is good for a laugh, with silly actor bios and tongue in cheek information about the performance. Though this is certainly among the more light hearted Fringe offerings, REALITY CHECK is not without its own brand of social commentary, but mainly, it’s just one damn good time. [Asian Arts Initiative, 1219 Vine Street] September 9-17, 2016; fringearts.com/reality-check-5.