Good Good Comedy is the most exciting performance company in Philadelphia right now. Spearheaded by two twenty-something comedians, Kate Banford and Aaron Nevins, Good Good Comedy presents a packed schedule of one-off and monthly comedy shows every week at venues across the city. To satisfy their demands on performance space, they recently completed a $31K Kickstarter campaign to open their own venue at a still-undisclosed location later this year.

Many Good Good Comedy presentations take the form of game shows presenting different challenges and improvised situations, but the roster includes several scripted shows. One of these, an amusing 70-minute sketch comedy show presented by duo Incredible Shrinking Matt and Jacquie, highlights the simple appeal of Good Good Comedy. SKETCH COMEDY’s accessible humor at an affordable $5 ticket price, in a venue with a bar, starting at 8:30pm, attracted and entertained a full, if small, house of millennials. 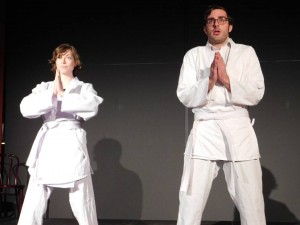 Introducing and interspersed through the show are short cartoon features written by Jacquie Baker and Matt Schmid and animated by Joe Bell, Kent Boersma, Robert Ecks, and Schmid. Variously whimsical (talking houses) and intelligent (an employee at a “Life is Good” store going out of business) provide some of the evening’s best moments (“that calendar’s Mayan!”).

Comic Ari Fishbein (“I don’t know if you can tell by what I’m doing right now, but I’m a stand-up comedian”) introduces the live portion of the show. Dressed like two Mormon missionaries, Jon Plester and Ian Fletcher perform a series of quietly amusing short sketches, interlinked by the twisting story of two boys who announced an after-school fight no one attended.

Baker and Schmid also provide threads through their clever program of comic bits. Eschewing almost any exploration of male-female romance, the pair find more humor in family dynamics (a class on hugging for fathers, estranged siblings hanging up their parent’s “happy anniversary” sign). The duo make smart use of simple props and costume cues: dog ears and a clown’s nose complete the transformation into aging dogs at a vet (“I ain’t never smelled anything like your butt”).

Check out my notes from the show: 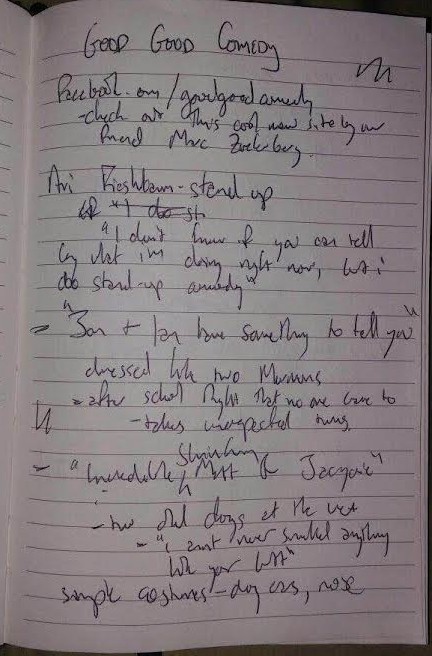 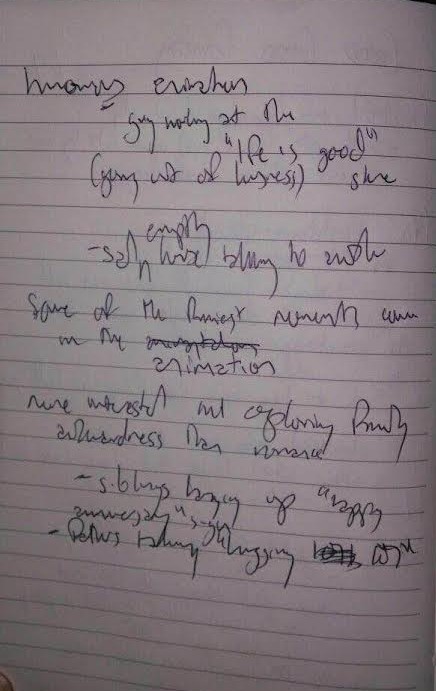