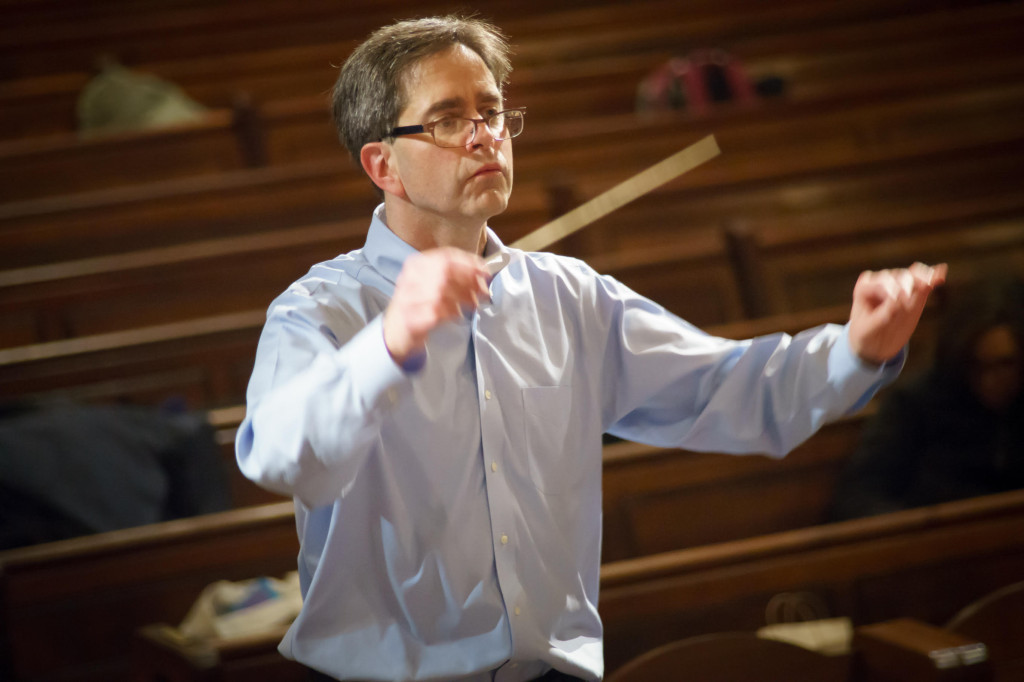 At the Church of the Holy Trinity of Philadelphia, which has almost the same length of history as the ensemble, the concert begins with three Psalms by Mendelssohn, whom the choir was named after. Established in the history and the tradition, their harmony is sublime and beautiful. Next is the world premiere “Agnus Dei”, composed by Kile Smith to complement Mozart’s unfinished Mass in C Minor. While it has the classical style in the harmonies or in the simple and steady rhythms like those of Mozart’s music, Smith’s Agnus Dei spots on anguish and confusion we would experience in the life before reaching to the truth and the peace by using unexpected jump and change of notes or cacophony.

The second part of the concert is Mozart’s renowned Mass in C. Composed as a wedding gift to his new bride and a soprano singer, Constanza, the mass is set for two sopranos, tenor, bass and orchestra, which was performed by Ah Young Hong, Barbara Berry, Benjamin Harbold, Jean Bernard Cerin and Symphony in C respectively. Ah Young Hong’s performance is simply magnificent. Sometimes clear and delicate as the sound of flute, sometimes deep and mellow like the sound of cello, her voice fills the church reaching the highest.

One Reply to “BEGINNINGS… (Mendelssohn Club): Beginnings of a new tradition”