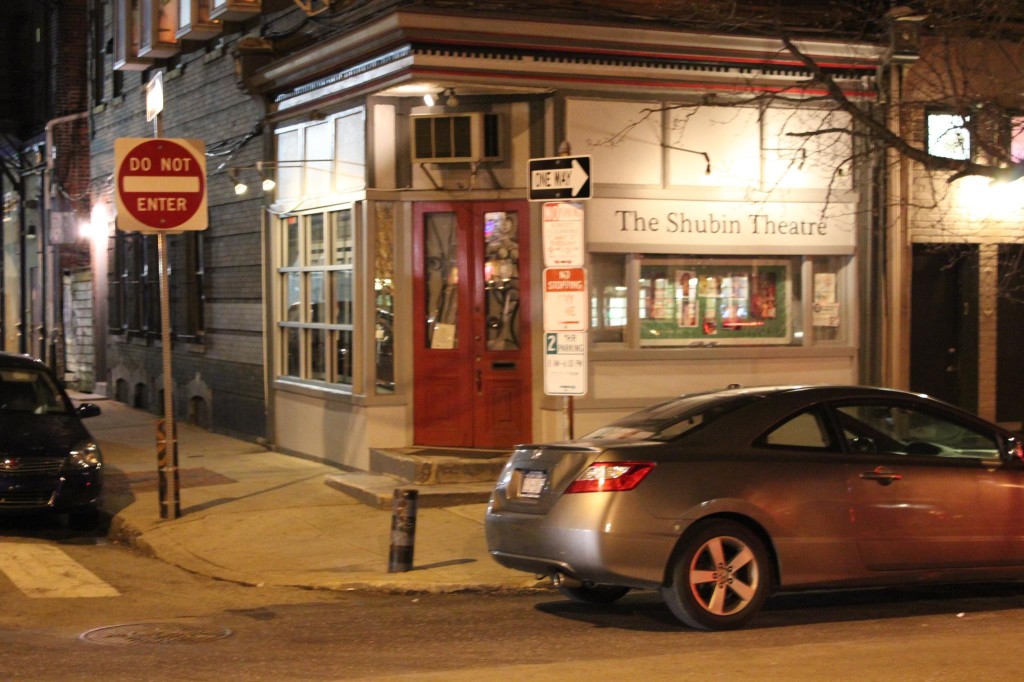 So the Shubin Theatre is closing. When I heard the news, it brought me back to the first time I ever encountered Denise Shubin and the little theater on Bainbridge Street she’s run for almost three decades.

There I was, fairly new to the city, artistic director of newly-formed Quince Productions and about to direct my first show in Philadelphia. I can’t remember how I first heard about the Shubin, but I set up an appointment to see it. When I arrived, I encountered this woman with wild black hair, a manner that somehow combined mellow with wacky, a background that matched mine almost exactly, and even a name that echoed mine. We talked about Jewish upbringings (we both had one),  the east and west coasts (we’d both lived on both), the challenges faced by someone in the theater world as they become a little more…mature (we both knew that feeling). Can you say “instant simpatico?” While I rejected Denise’s idea of calling the production “Rubin at the Shubin” (I’m pretty sure she was just joking),  I signed on immediately for a four-week run.

It was the first of seven or eight shows we produced there. The first GayFest! was held at the Shubin, and some of the shows I’m proudest of were performed on that tiny stage. Now that Denise has announced the theater is soon to be retired, my first thought is, “How dare she? She actually wants a living room?” But even as I type that, I realize that’s the very quality that made the Shubin so appealing: it was like seeing a play in someone’s living room, not only because of its small size but because of the homey atmosphere. A “normal” theater has a big lobby, a concessions stand, large banks of equipment, and a bunch of rest rooms. The Shubin has a lobby that’s…well, I’d say “postage stamp size,” but stamps have gotten bigger these days. One restroom, about three point two lighting instruments, a basement dressing room, a stage as big as your average box office, and a somewhat size-challenged audience area that you enter from the front row (latecomers, beware).

So what is it that’s drawn me—and thousands of other people—to use this little shoebox? Well, the cheap rent was an obvious factor. There just aren’t a lot of theater spaces you can rent for under $1000 a month (and the Shubin was always WAY under that). More importantly, though, it’s an attitude, a feeling, that comes from Denise Shubin herself. She’s a performer, so she knows what it feels like. She’s impatient with paperwork and bureaucracy, so she basically just doesn’t put you through it. When you rent (it’s hard to use the past tense with the Shubin), the space is yours. There’s no “you can have it between 10 am and 9 pm” or “you can’t paint the floor” or “no nails can go here” or “I need 300 forms and certificates before you can move in.” It’s yours. (I certainly understand why theaters have to place these limits, and I don’t begrudge them, but Denise’s easygoing  spirit—the by-product of keeping the operation small—has always been appealing.) The only restrictions on things like set construction were self-imposed: since Denise and her husband Don live upstairs, you didn’t want to be disturbing them with late night hammering and drilling. It was a matter of consideration, not contracting.

Such things go both ways. Says Katherine Filer, founder and artistic director of Actors International Theater, a company committed to opportunities for the physically and vocally disabled: “Every, and I mean everything I asked of her, she said `yes.’” As a first-timer (AIT’s debut production was performed at the Shubin in the 2014 Fringe), Filer describes a feeling familiar to those who have worked in the space:  “I thought to myself, this is perfect for what we are creating with this show. I loved the intimacy, charm and authenticity of Denise from the first moment I met her. I really felt this theater had the same beautiful qualities of its owner.” Most importantly, perhaps, as a new company (many who produce at the Shubin are), Filer experienced one overriding emotion: “This being our first time,  I just felt like everything would be okay.” 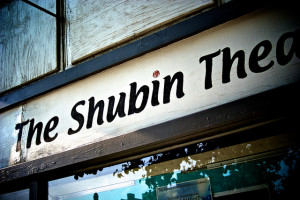 The Shubin gave you an artistic freedom you just don’t have at other places. I remember marveling at how the place was so utterly transformed for Magic Circle Theater’s production of Elizabeth, with a floor treatment that turned the black stage into a parquet wonder, and hot pink walls that made the place look a hundred times bigger.  That just wouldn’t have been possible in most theaters—at least, most theaters a small company could afford. Later, Josh Hitchens, the director of that show, proudly showed me the little red spots on the ceiling that were a quasi-permanent reminder of his production of Macbeth.

In other words, he’d not only accomplished a major transformation but in a small way left his mark. What could be more fitting for a place like the Shubin? After all, this is a theater owner (there’s that present tense thing again) who has always cared more about providing a service than cashing in. When we produced there in the summer, I often asked myself, “After they pay the a/c bills, how do they make any money?” (The air conditioner, by the way, was donated by someone who’d used the space; typically, Denise’s goodness made people want to reciprocate.) The Shubin has always functioned as a kind of “talent incubator.” I can’t think of many people in Philadelphia’s theater scene who haven’t worked there. Most eventually “graduate” to larger, more expensive spaces. We did, and sometimes I still wonder why.

There was an attentiveness, a CARING, that could only come from someone who was running the joint as her own “baby.” Heat didn’t come on during a chilly April? Denise or Don was down within minutes (admission: Don is much better at fixing things).  Wanted to make sure your opening night was full? Denise was there—and always insisted on paying for her ticket. I’ve always said “the pretty good friends show up when you need them, the really good friends show up and PAY.” Is there any doubt which category Denise Shubin belongs in?

In the end, what Denise has proven is that you CAN run a place on a wing and a prayer. As director Dave Ebersole—veteran of almost a dozen productions at the Shubin—remarks:  “I’ll never forget when I first heard Denise Shubin say she had created the Shubin as a small space to make people’s dreams happen. Every time I’ve done a play there, some small dream of mine has indeed happened. I think that’s the best legacy the Shubin and Denise have left the Philadelphia theater community. She made people’s dreams happen.”

Or, as Katherine Filer says: “I feel honored and grateful that we had the opportunity to perform in such a loving, intimate and joyful theater. Now I am wondering where we will be next year.”

She’s not alone in either of those thoughts.

What are your memories of the Shubin? Share them below.

5 Replies to “Making Dreams Happen: The closing of the Shubin Theatre”