In partnership with Keila Cordova Dances, New York City based choreographer John Ollom is coming to Philadelphia. As artistic director of Ollom Movement Art, a branch of Prismatic Productions, John emphasizes the healing qualities of movement in exploratory classes, concert dance, and film. In addition to a series of private sessions of his Internal Landscapes program, running August 25-27th, there will be an open Cardio Jazz class and Ollom Movement for Men class on the 27th. Held at 954 Dance Movement Collective, the classes are open to all levels, emphasizing a welcoming atmosphere which invites the amateur and professional alike. To get a better idea of the upcoming series, Phindie dance writer Katelyn Bobek spoke with John about his work.
— 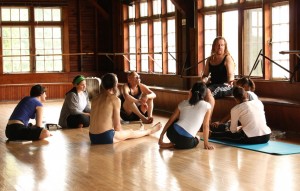 Katelyn Bobek: How did bringing this series of classes to Philadelphia come about?
John Ollom: I talked to Keila. It’s a good match because she was saying that her work isn’t only dance: she does a lot of authentic movement, things with sets, and that’s where my work is, it’s going more towards movement art, not only dance. I do teach ballet, I do teach jazz, I do teach the Ollom Floor Series, but a lot of my work is taking archetypes into movement. That’s kind of her vision too, of things that are not just dance per say but movement art. So she and I had a good talk on the phone and it seemed like a good match when I talked to her, of what she does and what I do.

KB: How would you describe your Cardio Jazz class, in comparison to others?
JO: I think the thing that makes mine unique as it’s grown is that I support all demographics: all body types, all sexual orientations. I’m really about diversity in people. There’s a film coming out called“There’s Something About John” next year about that aspect of my work. I have a man in New York who’s 90 in my class. A woman takes my jazz class who used to be a professional dancer and got hit by a car and is now in a wheel chair. I’m really supportive of all demographics, and in some schools that’s not the case. There can be elitism in certain groups or a certain choreographer will want an aesthetic of a certain kind of body or a certain technique. I’m really very supportive of all diverse populations and I put that on stage as well. It’s a conscious choice on my part to really support diversity. I do have some professional dancers in my company and I also have people that are beginning. I don’t make the choreography so difficult that it can be elitist or shut people down. I kind of keep it moving so that it’s a place everyone can enter. 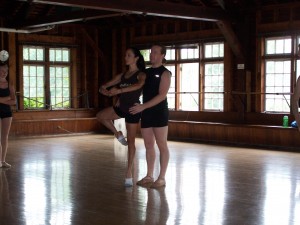 KB: You speak a lot in your work about healing and openness. What role does healing play for you in artmaking?
JO: At the most basic central place I think art should be healing.There’s been a central point for me of letting some dreams die of what dance is, of what ballet is, by seeing that it is going to be healing, it is going to be sexual, it is going to be spiritual. To me, that’s the most transformative. That’s what art should be, and regardless of the medium. Affirming the spirit is very central to what I do. I think, for me specifically, different artists have different aesthetics, but for me healing has to be central, coming from a place of spirit, of authenticity.

KB: How do you encourage people to prepare for the private lessons you’re offering in the Internal Landscapes workshops?
JO: I talk to them on the phone. They tell me where they’re coming from, they don’t have to be dancers. Some people are writers who want to work with me. I take them where they’re at, to some people I say, “Do you journal?” I encourage people to start writing their feelings. You don’t have to share it with me, in fact, I don’t even want to know what you’re writing. It’s more of a cathartic experience for them. They can draw, they can write, and when they come to me, they have material. If somebody’s a writer, or a painter, that’s easier for them, whereas if someone is a mover, they’re very interested in moving, so to challenge a mover I’d take them to an emotional place. I try to take them to a place that they’re not used to going. It’s funny I talk to actors, they approach movement very differently. They’ll be very cerebral, and they’ll want to know character and they have to talk a lot about motivation before they even go across the floor. Whereas a dancer will immediately get in their body and jump around but they are afraid of thinking or feeling. So, to me, it’s about integrating where it is they usually don’t want to go.

KB: Often when people are asked to dig into their emotions the work can be complex and interesting, but can also be hard for the mover to emotionally process. What it’s like to lead these emotional exercises? What kind of processing do you notice has been helpful,  or is the movement itself a sort of processing?
JO: My Internal Landscapes work is different than other methods, like Authentic Movement. What I do in Internal Landscapes is I say just choose three entities, three archetypes, and we work specifically on those. People can work with me for six months, eight months, a year, with those specific archetypes. Whereas in Authentic Movement, they’ll tell you to close your eyes, and just move, which would be improvisation. The problem I have with that, and with Method Acting, is that sometimes people who have emotions that are scary or overwhelming or traumatic. That can leave people raw. It can be really dangerous. I’ve seen that happen with acting, Method Acting, people just say, “Ok, think of this memory that was really traumatic”, and it comes up, and they’re just left raw. And so what I do in Internal Landscapes is I have steps and I say, we’re going to work with this specific archetype, and we’re going to work just specifically with the range of how it moves in your body, and it’s much smaller.

KB: Are you taking reservations for the private classes?
JO: Yes, you can go to johnollom.com and phone or e-mail. We can book it immediately. Keila has been very supportive, and I’m really excited about them.

KB: The other class you’re offering while in Philadelphia is a Men’s Movement class. With the men’s class being clothing optional. With an open class that involves nudity, how do you encourage a feeling of safety?
JO: When I started the class in New York, I started out as co-ed. I started out with women and men, and it was started out by a woman actually. There was a woman who had a Naturist group in New York City who asked me to do it. She knew my company, and she started it, but women stopped coming, and men started asking if we could make it men only.  For women, it seemed to be really scary. It’s interesting, you know and I’ve had women say that they want to do nude classes with me but the thing is, specifically with women who have had trauma, having a man in the room can be scary. Most paramount is to create a safe space. I think when you’re doing something with your body, you have to feel safe to take risks. The nudity comes into that with people who’ve locked their bodies into certain places where they hold their tension, and when you’re completely nude, you can integrate all of your body versus kind of compartmentalizing parts of your body. Being able to say that all of your body is celebrated, I’ve literally seen people, just literal shame fall off of people’s bodies, just laughter and celebration, and playing and contact improvisation, which is nude, it also kind of neurologically re-patterns you in ways of contact, where you’re not denying sexuality, but you’re also not saying it has to be sex. I’ve seen a lot of really interesting healing aspects to it, specifically.

KB: Would you recommend all these classes to any dancer, or to any mover or someone interested in movement, or are there particular classes you would recommend?
JO: The naked class is kind of an entry so people can experience what I do, the jazz class is more of a technical thing. With the nude or the clothed thing I don’t tell people to be naked, that’s their thing. They do or they don’t, it’s up to them. You get the clothes class, the nude classes, and you can kind of see my technical, and also my more ethereal work. People can come and kind of see what I do in New York. Some people want to go more into the emotional stuff, some want more of the technical. It’s just taking people wherever they’re at. 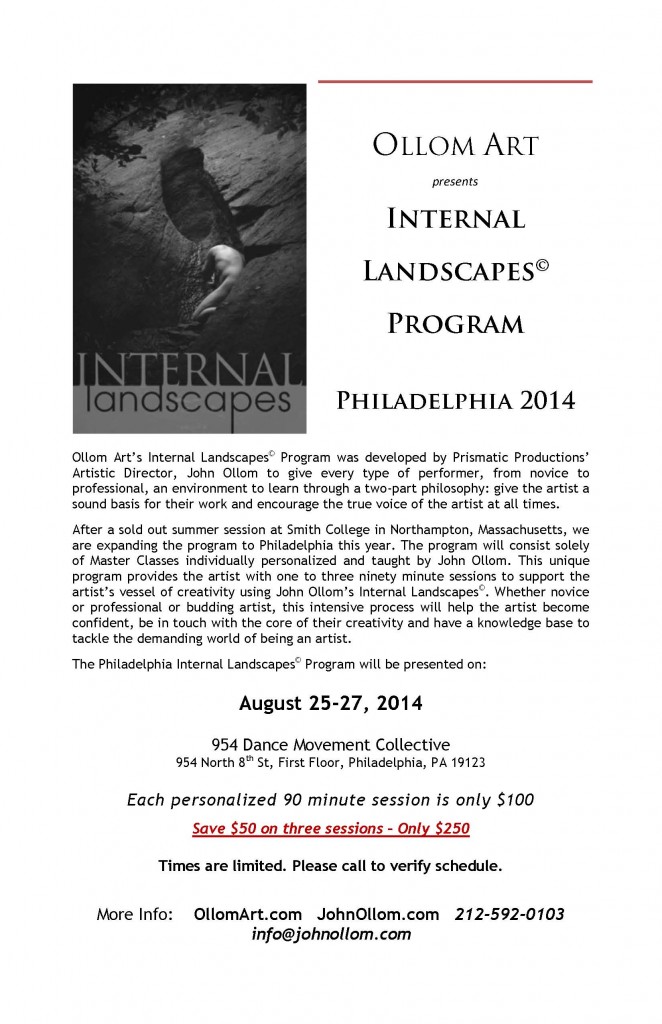