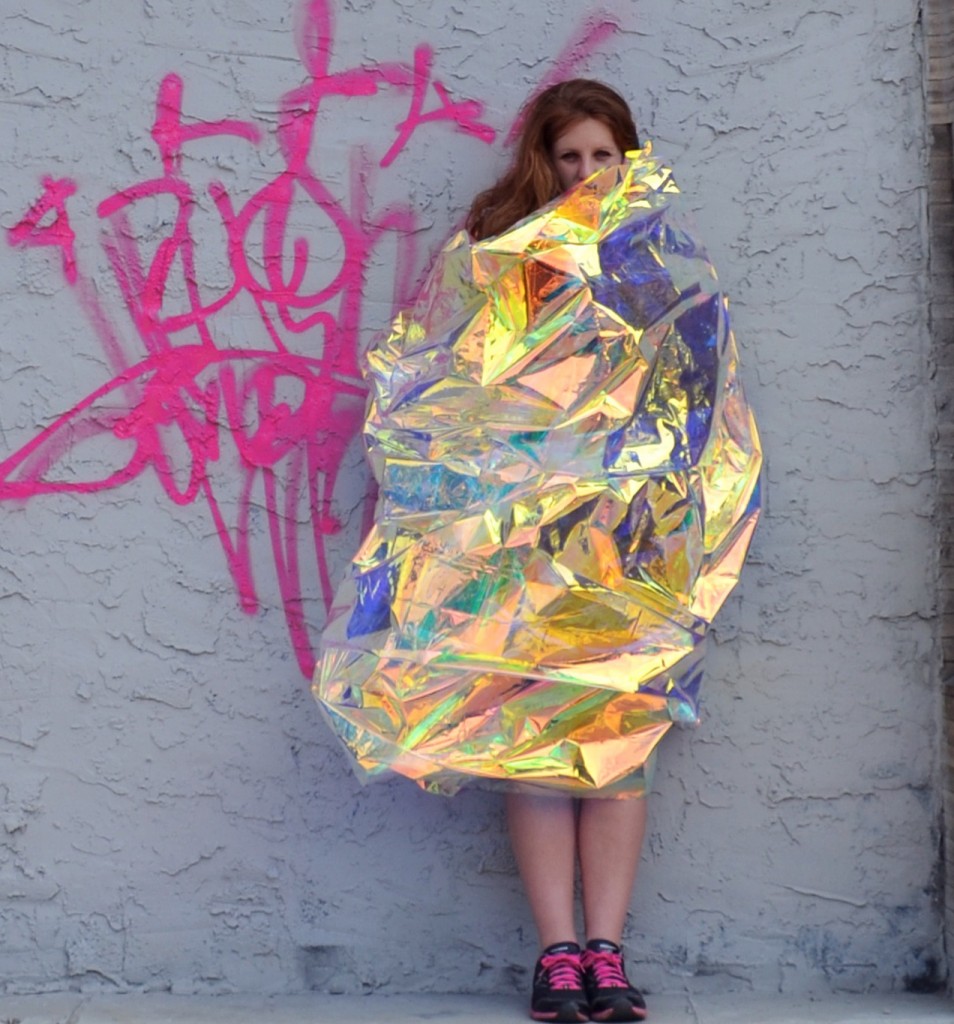 SoLow Fest! In the house. (In many houses.) This month. OMG.

Across Philly’s various neighborhoods, artists of all shapes, sizes and specialities are working on over 35 different shows. How to pick what shows to see?

To give you a clearer picture of what’s in store, freelance writer/performer Julius Ferraro conducts a series of flash interviews of our artists.

This episode, we have acrobatic playgrounding, a roving experimental thought-bucolic, and Lizzie Borden’s last word on the matter.

Circus-trained Lesley Berkowitz has worn various theatrical hats in our city: she’s loved fish in Curio’s Gender Comedy, she killed kin in Last Plot in Revenge, and she lost her hands in Titus Andronicus. Now she’s gatecrashing a playground:

Julius Ferraro: Do you remember a specific moment that inspired this piece?

Lesley Berkowitz: I was walking by a playground that had an amazing jungle gym and thought how great it would be to do a piece on it. I have been studying aerials for the past two years and thought that I could possibly use the jungle gyms as static apparati. I also want to encourage the audience to come and play with me. I love interacting with an audience and love the danger and unknown that provides. A theatre teacher at Dell’Arte used to always say that the stage should remain a dangerous place.

JF: Circus is blowing up in Philly. What’s I came here to play got that other circus shows don’t?

LB: The more I work on the show the less circusy I feel that it is. It is utilizing my circus and clown training. There is a niceness to these modern playgrounds, having the soft ground that is built for rolling and falling. When it comes to the norm, I try to think less about that and more about what I myself would want to see. I want to be as personally naked with the audience as I can be, while still wearing clothes. I try to make work that could only come from me and my body. Being a bit of a weirdo, that is always a scary proposition.

The playground is a pretty unique set and play piece. The shape of it allows me to do things that I cant do on a trapeze or fabric.

Or to be a smartass about it, other circus shows lack a slide.

JF: Did you get permission from the playground owners or are we gate-crashing? I’m okay with either.

LB: We’re gate crashing, hence the need for reservations.  I will email everyone for the to tell them where to meet up. 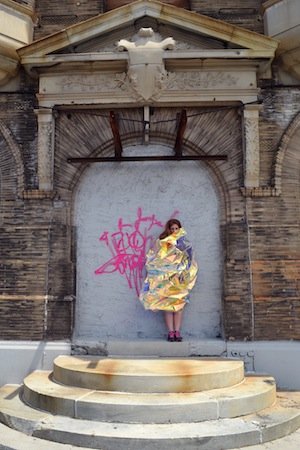 JF: So the title has some creative use of punctuation. What’s up with the half-bracket?

Danielle Solomon: Well it’s a working title, but yes it is a specific one, too [laughs]. Part of the creative process for this piece has been exploring the possibilities of making the familiar strange. When a topic like street harassment is brought up in conversation or in text, many people will associate specific feelings or experiences automatically, which is by no means a bad thing. So I am attempting to refresh the word by playing with its appearance.

JF: Do you remember an event that inspired this piece?

DS: Yes, I was on the phone with my grandmother, and I was walking somewhere around 16th and South. Though I had been the one to call her, she told me that I don’t call enough, and that I should call her more, which is true. As I turned a corner, a man called out to me. He said something about the way I looked, and he said it so everyone could hear. I hurried down the street, perturbed and embarrassed. This kind of verbal attention had been happening more than I had ever experienced anywhere else since moving to Philadelphia in September 2013. But on that particular day, I couldn’t help but feel something else, because I was talking to my grandmother. I felt robbed of something. I doubt my grandmother heard him, but I felt deeply interrupted.

JF: How did you decide on this unique format?

DS: Having the piece in a conventional theater space would inevitably bring in some kind layer of judgement that I’m not interested in. I’m holding up a mirror to my very individualized experience of being catcalled. For me, being catcalled shocks me into a sudden hyper self-awareness that is compounded by being in a public space. For that reason, CatCal] will take place exactly where catcalling happens.

Clara Elser is a Philly native and a recent graduate of Sarah Lawrence College’s Theater MFA program, with a background in devised work. Lizzie Borden is a Massachusettser who recently (120 years ago) was acquitted of the brutal murder-by-axe of her parents. While Lizzie withholds comment, I chat with Clara about Whacked! An Intimate Evening with Lizzie Borden.

Clara Elser: It kind of just came to me me in a flash. I vaguely remember seeing a documentary about Lizzie late one night on the History Channel many years ago. I decided to investigate her further and found the case and the events surrounding it to be ripe with material. I’ve always been really interested in people whose lives become totally defined by a single event. I was surprised to learn that Lizzie spent the rest of her life living in the same town. What must it have been like to be trapped in a world where everyone knows you for one thing?

Lizzie loved theater and years after her acquittal a newspaper article circulated with the rumor that she had written a play. No one knows if the play even existed, but I was drawn to the idea of Lizzie being a tortured artist and using playwriting as a means to tell her own story and reinvent herself.

JF: I don’t know if I trust Lizzie Borden enough to lock myself in a room with her . . . what does she want with me?

CE: She’s harmless . . . really. She just wants to tell her story and put on a show.