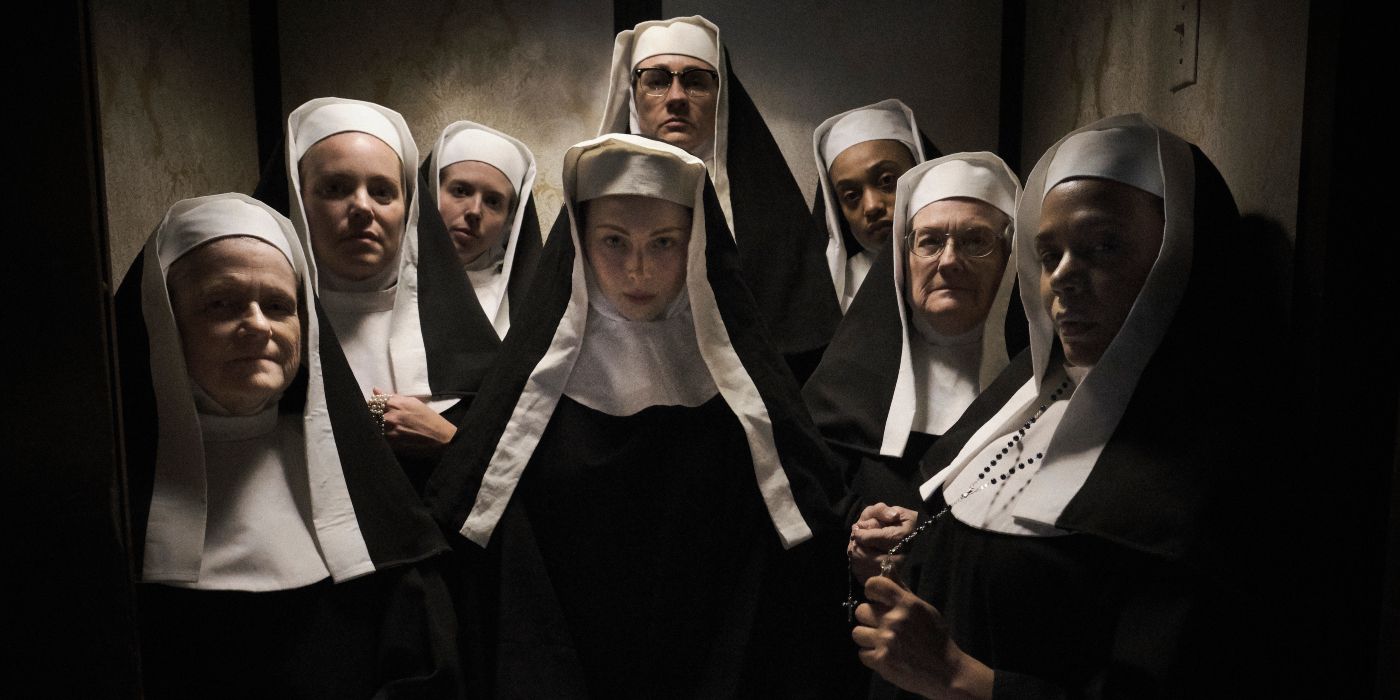 With all concessions which must be made for a movie like Agnes in place, namely that it was made rather quickly and on the cheap, it’s still tough to shake thoughts of the awesome movie this could have been. As it currently stands, however, the best way to describe Agnes is “promising, but incomplete.”

The first half of the film, despite its formally flat look, has a wild energy atypical to possession spookers. In it we meet Agnes, a sister at a stuffy convent who, based on her rebellious behavior and the increasing occurrence of flying dishes and cups, is believed to be possessed. The convent requests help from an aging priest who looks exactly as if Bryan Cranston and Mark Rylance had a child using R. Lee Ermey’s womb. This priest, in turn, brings in a disgraced former exorcist who now freelances the controversial task as needed. There’s a lot of room for comedy and horror here, and both are displayed in equal measure with an equal rate of success.

The degree to which Agnes leans into horror right at the outset is commendable, and frequently very effective. Unfortunately, these moments happen early, and once they do, the energy of the film decreases in a big way and never recovers. The second half of the film takes a complete tonal shift and sleepily follows a former nun, and witness to the original exorcism, as she…does stuff. Some lip service is paid to her crisis of faith, but it’s well-worn territory that has been done to death in, well, every exorcism tale ever put on screen. This ain’t to say that the thematic structure here doesn’t work, it’s just hardly new and, as I said earlier, incomplete.

Without much happening by way of visual energy, it’s very easy to check out of the film, only being drawn back in in fits and starts by solid performances and moments of decent horror and silly humor. But it’s not enough the make the tale as compelling or hip as it seems to want to be. And just when you think you know how the movie is going to spend its final act, it ends, revealing that the tepid middle act was actually the denouement. It’s a rough finish, and in this particular crowd there were multiple vocal utterances of “wait…what?”