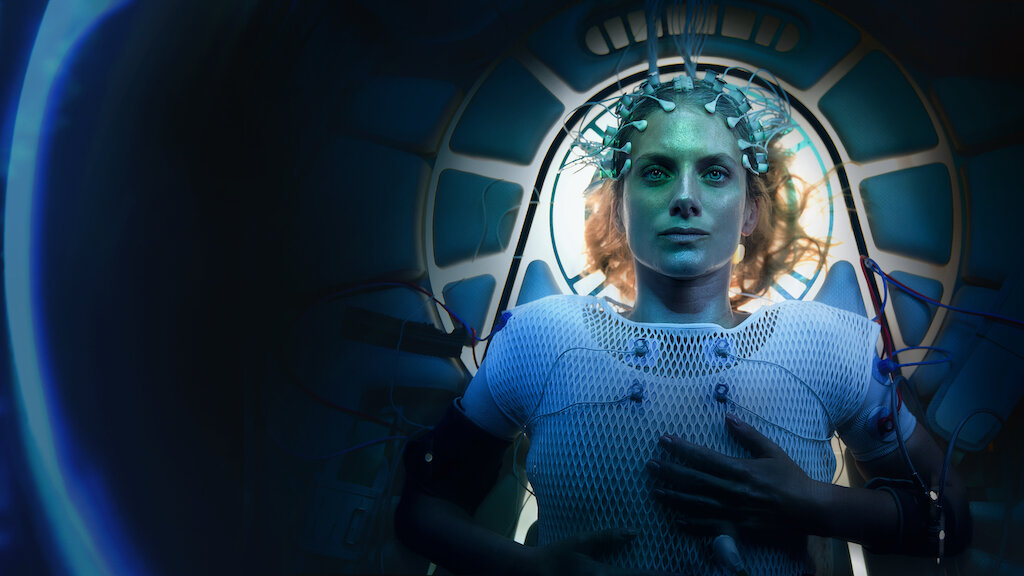 A few years back, Ryan Reynolds appeared in a single-location thriller called Buried, in which he played a man who awakens to find himself buried alive in a pine box with a failing cellphone, rapidly depleting oxygen, and eventually, a snake. It was pretty good, and as someone whose third biggest fear is being buried alive (octopi and mental decline take up the first two slots), I found myself in a state of heavy anxiety for the entirety of the film. This is a good thing.

Oxygen, the latest from Alexandre Aja, whose work within the horror genre has him on my “unmissable” list, promises similar thrills to Buried, but with a futuristic, sci-fi sheen to it, and with Mélanie Laurent standing in for Ryan Reynolds. Don’t let their similarities dissuade you, however. Oxygen is quite good, quite thrilling, and although it is of a similar concept as Buried, its unique approach had me clenching my clenchables much harder than I expected to on a rainy Sunday.

The film begins with an unnamed woman (Mélanie Laurent) waking up in a very tight space. She’s unable to sit or stand, but the high tech bells and whistles surrounding her, as well as the various biometric devices attached to her body, indicate that her present setting is more than just a coffin. An alert announces that her container is currently at 35% oxygen, whatever that means, and the operating system, which takes the form of a soothing, clinical voice (Mathieu Amalric) is of very little help. This system, referred to as M.I.L.O (Medical Interface Liaison Operator) is quite literal-minded, and any orders given to it must be intuitive to its programming. Our hero quickly gets to work conversing with the OS to figure out where she is and, perhaps more importantly, who she is. The agitating specificity of the commands that must be given to M.I.L.O. is used to evoke suspense and humor, both to great effect.

The bulk of the film rests upon Laurent’s shoulders, and she gives an excellent performance as a woman who needs to solve a problem, but first needs to figure out what said problem is. It’s a frustrating predicament, but the emotion she brings to it helps keep the entertainment value high in the face of said frustration. Laurent is able to wrest so much feeling from so little that you could damn near call her face a special effect in and of itself. The design of the setting is also heavily instrumental in keeping things fresh and exciting. It is essentially a giant puzzle box waiting to be solved, and enough visual space is given within this tight location to make it one that the viewer can solve alongside our hero. I, for one, was enchanted by the mystery of it all, and even though the story went pretty much where I expected, it went there in ways that were novel and surprising.

Alexandre Aja has always been a creative filmmaker (I think about the bookcase beheading in Haute Tension a few times a month), and his ingenuity is essential in keeping Oxygen afloat. There are only so many ways that a tiny box can be filmed, and Aja uses all of them. He even finds a few more, by artificially breaking spacial logic, that few others could have even conceived. Beyond this, there are small visual touches — at one point the frame pulsates to match the protagonist’s labored breathing and heart rate — as well as remarkable sound design that bring the viewer into the tiny prison. There’s also one extremely well earned jump scare followed almost immediately by a terrifically breathtaking effects sequence. Really excellent stuff to see in what is essentially a gimmick film.

And that’s really what this is, but since when is that a bad thing? While the rewatch value for Oxygen is not terribly high, it remains the perfect, bite-sized thriller for for an evening on the couch (although I would imagine it would look and sound great in the big screen), made by a filmmaker who never slacks on the thrills. The material is tight, the execution is slick, and the experience of watching it is one of unrelenting tension. What more could you want from a thriller?