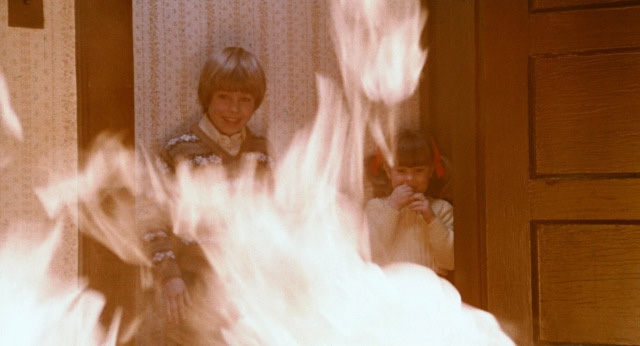 As the late-night Halloween feature at the drive-in at the Navy yard, PFS exhibited Deadline, a rarely seen piece of fun from smack dab in the middle of horror’s biggest decades. This dark, upsetting, frequently ridiculous thriller tells the story of Steven Lessey, a popular horror author who, despite sitting on a cash cow of schlock, has decided he wants to “go legit.” No longer does he wish to just sling murder and mayhem for money — he wants to write something real. Something substantial. Something that, since it won’t be a guaranteed paycheck, will surely exacerbate the existing tensions in Steven’s life.

Note that Steven himself is a bit of an asshole, so there’s a delectable mix of worry and schadenfreude as his world crumbles down around him. Between his real-life woes and onscreen recreations of the horrifying scenes he writes for his books, there’s no shortage of upsetting material to gawk at and puzzle over. Even though the film is very much of its time, a lot of it is legitimately shocking. A lot if it is legitimately and intentionally hilarious as well.

While it is indeed best that this film was reserved for a drive-in screening here in the times of COVID-19, it’s still not the ideal presentation for a film like this one. Deadline is meant to be ogled by rabid genre fans, gathered en masse, long after they should be in bed. While the safety of one’s car is the best option in a sticky situation (and is a ton of fun to boot), it also serves to remind us of safer times, filled with movies on the biggest screens possible, hip-to-hip with fellow cinephiles, which are assuredly in our future. Hopefully the circulation of this new print of Deadline will lead to some rowdy retrospective screenings once they’re safe to hold again. I’ll be first in line!