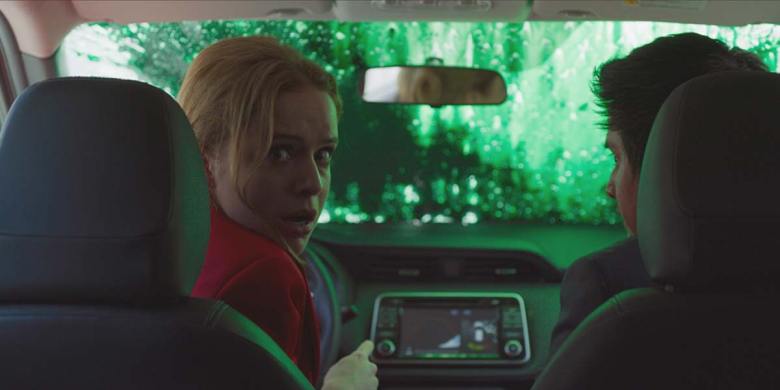 At just 88 minutes, New Order has very little room for fat, and I am happy to report that it has none. Taking place in allllmost real-time, at least for the first act, the film follows a bride and her family on her wedding day. It’s a high society wedding, complete with the class distinction between the guests and the help. Beyond the walls of the large residence where the celebration is occurring, there is rioting in the streets from the lower classes. Green paint is splashed by the have-nots on any presumed haves, and violence is ratcheting up enough that the military has stepped in to calm things down. Or so they say.

Midway through the wedding, protestors and rioters scale the walls and start taking hostages. At the same time, the bride leaves on an altruistic mission to give a former worker money for his wife’s surgery. And so begins the breathless chase to locate the bride, find out who’s responsible for the damage, and, above all else, re-establish the hierarchy thrown into flux by the violence.

After a dread soaked opening, New Order introduces a state of butt-clench that doesn’t let up until its painfully shocking finale. As a study of power as an intoxicant, class as an unfairly applied social standard, and money as nothing but a medium for a violent ego to show itself, a ton is said with very little. And even devoid of messaging, it’s a killer thriller to boot. It takes a lot to shock me, but New Order pulled it off. This movie is going to upset a lot of people. Good.