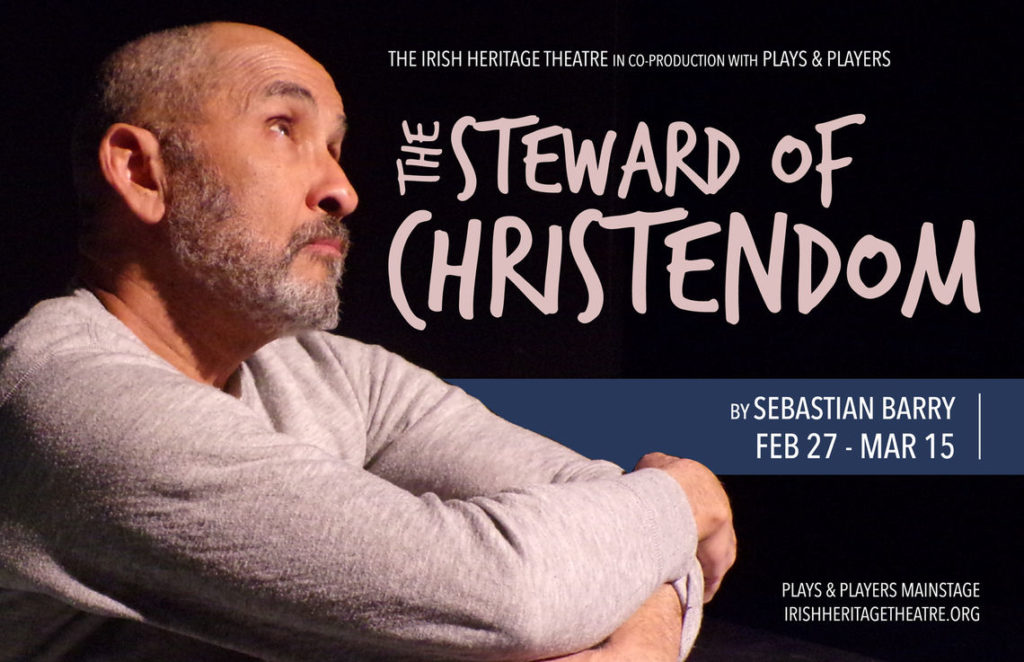 Sebastian Barry, author of The Steward of Christendom, is a major Irish playwright.

I am a major fan of Irish drama.

So what went wrong?

The Steward of Christendom is about Barry’s great-grandfather—the fifth in a series of plays Barry wrote about obscure members of his family, often having to invent personalities and events since so much was hidden or shameful. The central character here, Thomas Dunne (Monroe Barrick) is in a mental institution, and his dementia causes him to see people long gone—his three daughters (Stephanie Iozi, Brittany Holdahl, Donovan Lockett), his son (Lincoln Millard) killed in WWI, as well as the people who tend to him in the asylum (John Cannon and Peggy Smith).

The politics are important: Thomas Dunne was the last Catholic Superintendent of the Dublin Metropolitan Police, and as such was the enforcer for British rule in Ireland until the south became independent in 1922. The play’s many many scenes shift between 1922 and 1932 when he is more or less crazy. I know all this from the program notes, not from watching the play.

I have no real idea of the content of the play since the actors’ accents render the dialogue— literally— unintelligible.This is made more excruciatingly tedious by the extreme slowness of the cast’s movements, of the scene changes, and of the speech rhythms.

People kept moving down to the front row, thinking, I imagine, that if they were closer they might understand the words, but some finally gave up at intermission and went home.