When she arrives on the stage, audiences no longer restrain themselves, and with their applause, drown out the orchestra, making it difficult for the musicians to continue.  At the end of the show, even her colleagues bow and beam with delight that the diva of Sunset Boulevard has graced the stage.  Immediately, the entire audience jumps up, shouting “Brava!”

Born in Charleston, West Virginia on May 25, 1950, Ann Crumb grew up in Pennsylvania. Trained as a speech and language pathologist, she started out as an actor with Pinter’s The Birthday Party, moving on to Shakespeare, Shepard, and Ionesco. After years of training with her vocal coach, Curtis Institute faculty member Bill Schuman, “one of the world’s leading teachers of singing,” she made it to Broadway as a member of the original cast of Les Misérables in 1987.

Her other Broadway credits include Chess, and Anna Karenina, which led to a nomination for the Tony Award for Best Actress in a Musical in 1993. Crumb then starred opposite John Cullum in a US tour of Man of La Mancha in 1995. She also toured as the star in Evita. 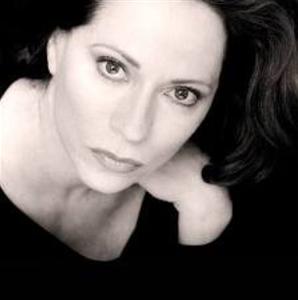 Aware of Crumb’s enormous musical and dramatic talents, Cameron Mackintosh, “widely considered to be the most successful theatrical producer of all-time” (Best of Theatre), and Andrew Lloyd Webber, the world’s most popular composer of musicals, personally chose Crumb to play the starring role of Rose Vibert in Webber’s Aspects of Love (musical excerpts with Ann Crumb and Michael Ball), which she originated in both London and on Broadway, opposite Michael Ball—solidifying her status as an American diva.

Her recordings include A Broadway Diva Swings, a concert version of Nine with Jonathan Pryce and Elaine Paige, and Unto the Hills, in collaboration with her father. Her forthcoming jazz CD is entitled Goodbye Mr. Jones.

Few people knew that Crumb, one of the most modest stars I have ever met, was suffering from ovarian cancer. Aged 69, she passed away in her parents’ home in Media, PA, on October 31, 2019—with most theater publications and major media outlets in the U.S. writing detailed obituaries about the beloved diva from Media.

Below is an excerpt from my 2014 Phindie review of Crumb’s work as an aging diva, one of her last major musical performances in the U.S.—at her beloved Media Theatre.

Ann Crumb’s Norma Desmond swirling around in her glamorous, black and blue dress, looking like wings, as if to take off on her last flight, and her face, in black and white, supersized on a gigantic screen—a scene that brought together a whole lifetime in just a few seconds, blending heaven and hell, when she announces triumphantly, “All right, Mr. DeMille, I’m ready for my close-up.”

The musical at the Media Theatre, directed with great sensitivity by artistic director Jesse Cline, like the film, hit a raw nerve with the audience. Crumb, a totally depowered, female King Lear, dominated every scene in her own dream castle….

The elegant, but fading and reclusive screen queen desperately clung on to her past by attempting to seduce the handsome young writer who couldn’t make it in Hollywood, hoping that he would fix her Salome script, unaware of how poorly written it was….

Few singers could do what Ann Crumb did, transforming herself in such versatile ways that people followed her wherever she went, whether she performed on Broadway or in Media. She stunned audiences as Maria Callas in Master Class, portraying her as an aging, world-star soprano, the prima donna of prima donnas, once on stage in the greatest opera houses around the world, now reduced to teaching voice.

Ann Crumb, the extraordinarily versatile musical theater artist—daughter of Pulitzer Prize winning U.S. composer of modern classical and avant-garde music, George Crumb, and Elizabeth Crumb, a violinist, and brother of David Crumb, a composer—could also transform herself into the exact opposite, like Florence Foster Jenkins in Souvenir: a wealthy, but naïve, untalented singer, whose every note throughout the entire performance hurt the ear—a tragic figure who had the audience roar with laughter and then well up with tears of sadness. Crumb played both roles magnificently, thanks to her astonishingly wide vocal and dramatic range.

Ann Crumb, the mensch and female Francis of Assisi

Yet few people know about Crumb’s life off stage. For example, as a speech and language pathologist, Crumb spent years doing hospital and clinical work, helping infants and young children who were facing severe developmental delays. Throughout her life, she greatly enjoyed narrating fables and tales in concerts for children.

Just as some “devas” in Hindu mythology (from which we get the modern term “diva”) represent the forces of nature and moral values, so Crumb encouraged people to rescue and adopt abandoned dogs. Through The Rescue Express, which she cofounded, she rescued way over 800 dogs and pups from high-kill gas chamber and heart-stick facilities by 2014.

A glamorous demigoddess and prima donna on stage, Crumb, in reality, was a very down-to-earth human being, so aware of the suffering of others that she devoted every moment away from the stage to the welfare of children and animals. Without making any fuss about her good deeds, Ann Crumb had become a kind of female Francis of Assisi—a diva in the best sense of the word.

We will remember the beloved Broadway diva from Media, who graced many stages in her life, as one of the most extraordinary actors and singers of our time.