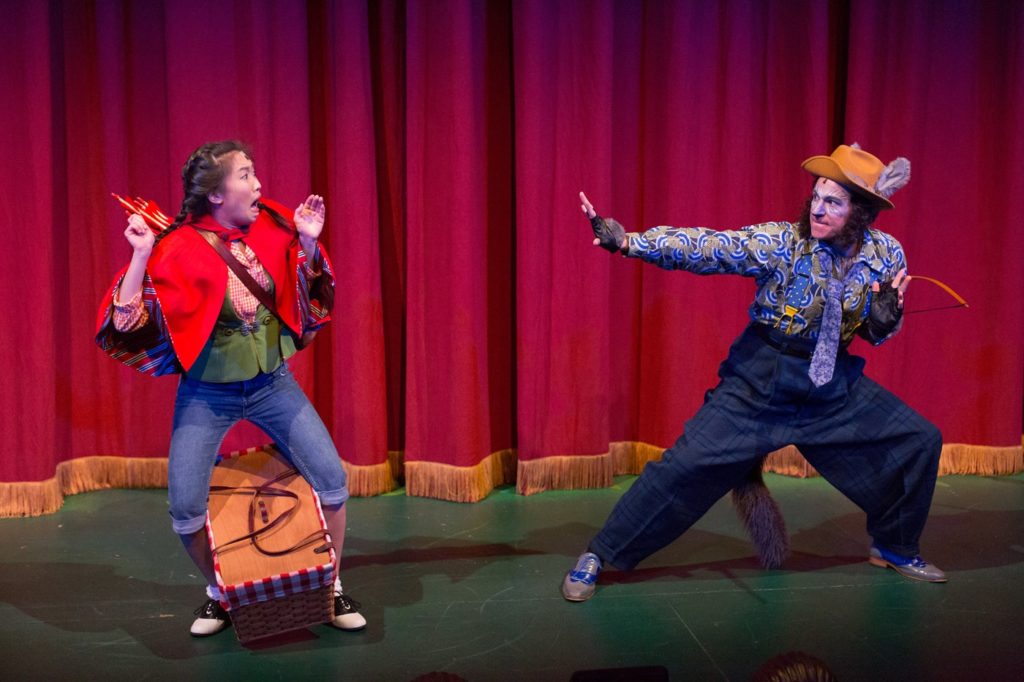 What’s a Panto?!: According to the director’s note from Bill Fennelly, “Panto is hard to define, but we know it when we see it. People have described it as a mash-up of fairy tale, meets musical theater, meets Morality Play, meets Campy Cabaret, meets Circus.” Panto conventions include audience participation (think booing or cheering on), original songs, and an older character historically played by a man in drag.

What to expect: This is People’s Light 16th Panto. I went in blind! Little Red Robin Hood is a sweet story mash-up of Little Red Riding Hood and Robin Hood. It also acts as a sequel to Robin Hood of sorts. The show takes place in Nottingham and the Sherwood Forrest in the 1940s “with a dash of the medieval, and now!” This is definitely a show for children that adults will enjoy, not the other way around.

What notable: People’s Light is putting a lot of effort into accessibility. On Saturday, December 21 at 2 pm there will be a Relaxed Performance that also includes American Sign Language and a welcoming environment designed for individuals with Autism, ADD, ADHD, dementia, and sensory sensitivities. They are also hosting a Pride Night for Queer Families. I was also impressed with how the Dame (played by Mark Lazar) was played with empathy and heart. Often characters played by men in drag can make the character’s gender the butt of the joke. I was impressed to see this production honor the spirit of British Pantomime with an eye toward inclusivity.

What not great: If you are with kids, they will love this show. If you are a grumpy grown-up like me, your mileage will vary! The quality of the songs by Michael Ogborn is inconsistent and the jokes can feel a little pandering.

Takeaway: Bring your kids to this unique Philadelphia area tradition!