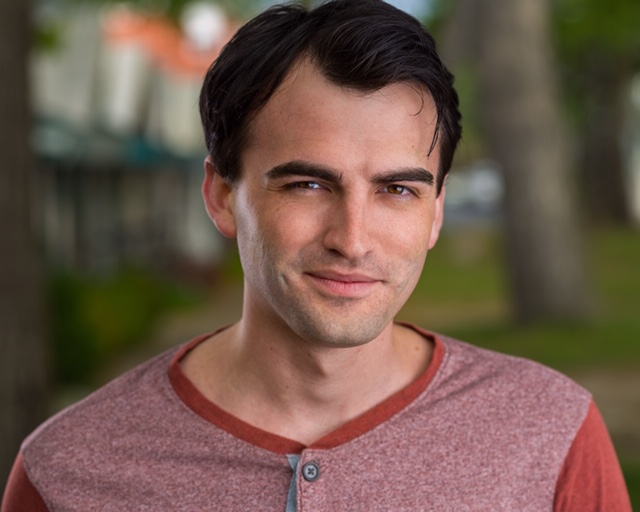 Skip Robinson is bringing to stage one of the greatest escape artists in history in Arden Theatre’s Ragtime. Playing Harry Houdini, Robinson once again tackles the intricate challenges of portraying an iconic figure from the past. Robinson’s credits include roles such as Buddy Holly and Elvis. He talks with Phindie about his character, and what he hopes audiences take away from Ragtime.

Debra Danese: What interesting facts did you learn about Houdini when preparing for this role?

Skip Robinson: There was certainly a lot to learn about one of the greatest performers of the 20th century. Some fun facts were that he truly began his career in magic at age 11. Some of his first jobs as a kid were working for a locksmith and working as a performer in a traveling circus. These average jobs were some of the foundational skills necessary in many of his escape stunts. 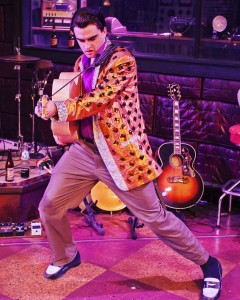 DD: Without giving away any trade secrets, tell us about learning some of the escapes and feats performed by your character.

SR: A good magician never reveals their secrets! Some of the escapes require a lot of physicality, while other tricks require a smooth sleight of hand. A lot of my process has been to get more comfortable with sleight of hand magic, while also keeping myself stretched and limber for the straight jacket-type escapes. Doing theatre in the round makes for its own challenges, such as exposing tricks at every angle, but ultimately, it can aid in our ability to perform different types of illusions. I’m excited for audiences to see what we’ve come up with.

DD: Ragtime is a musical meant to inspire social change. What do you hope audiences take away from the show?

SR: We, as a country, are at an interesting time in our history. Just as we think we’ve grown as a nation in the last 100 years, we still see evidence of stubbornness and an inability to learn from the mistakes of our past. This show hits hard on topics of race, immigration, and the socioeconomic class system. I hope people leave this show and start to take better care of each other. America is a melting pot of rich culture, and it’s important that we embrace that instead of finding difference in each other. Theatre can inspire a change in attitude. We hope to do that with Ragtime.

DD: You’ve also appeared on stage as Elvis, Buddy Holly and Johnny Cash. How do you approach these roles compared to fictional characters?

SR: Playing people who have existed in history sometimes feels like a bit of a tight rope act. I feel very fortunate in that I have tons of information on magic and Houdini’s life at my disposal. At the same time, I have to breathe human life into this man and not let him become a caricature of himself. Playing fictional characters has its challenges as well, in that you have a lot of freedom on every decision you make, without consulting historical documents or events from the year the show was set in. For my purposes, I try and let Houdini speak for himself in this piece. I then use my research of his life and career as a tool to inform my choices on stage.

DD: In addition to acting roles, you also lead the Skip Robinson Band. When did you start your band and what type of music do you play?

SR: I have had a rockabilly band for some time now that usually plays weddings, private events, and lots of summer outdoor shows. I definitely gig heavily in the summers throughout the tri-state area to stay busy during the off-season of theatre. We play mostly 50s/60s music, but also play contemporary pop/rock/country music for our longer private event shows. It’s a fun outlet to have and I’d like to record an album sometime in the near future. Stay tuned!