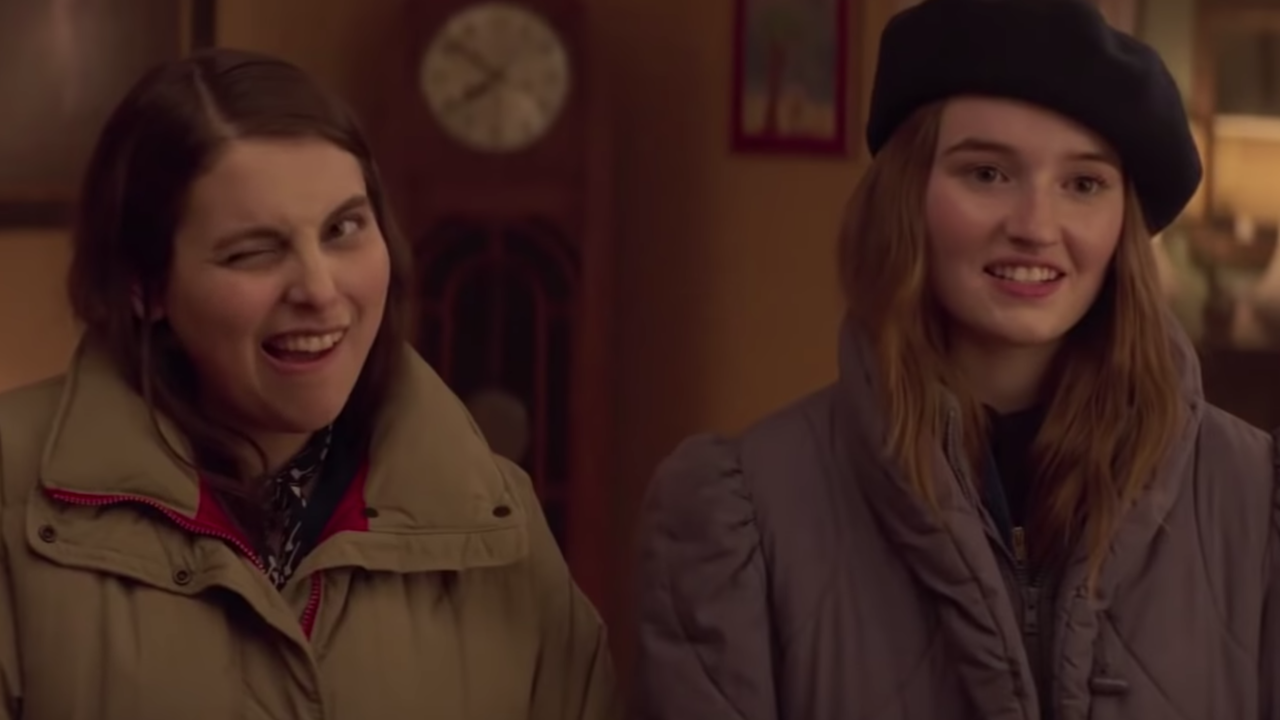 The obvious point of comparison for Booksmart would be Superbad, and while both are absolutely hilarious coming of age movies, Superbad is a bit more limited by its setting, most specifically the time in which it takes place. Booksmart on the other hand feels timeless. While yes, it does have a contemporary sense of humor, oftentimes referencing modern cultural items, it also feels like the sort of thing that could maintain appeal for multiple generations, making those who share an identity with our heroines laugh just as hard as anyone else lucky enough to fall under the film’s comical spell.

Booksmart marks the feature length directorial debut of Olivia Wilde. It’s not uncommon for an actor to make the jump behind the camera, but it’s highly uncommon for their debut to have this much directorial aplomb. Wilde puts just enough flair on her images to make an auteurial stamp without erring on the side of excess. She also seems disinterested in putting forth an air of cinematic pretension — an extremely common pitfall for actors-turned-directors — instead letting the piece come to life on its own terms, resulting in a film that is not just a blast, but carries with it some important messaging as well. If this were outwardly a “rah-rah girl power” film, it would run the risk of being didactic at best and pandering at worst. But since Wilde and her team are having fun, so are we, and the feminist thematics shine through organically and effectively. I loved it.

Beanie Feldstein plays Molly, senior class president and all around ambitious young woman. She’s about to begin her college career, confident in the fact that her all-business attitude is what has given her a leg up over others in her class. She and her best friend Amy (Kaitlyn Dever), don’t waste their time partying or getting involved in youthful hijinks. There’s simply no time for that when you’re gunning for success in a world that is often rigged against success-driven women. After overhearing some unkind words from her classmates, and finding out that many of them managed to get into prestigious colleges while still finding time to party, Molly decides that her final night as a high-schooler needs to be spent living the rock star life. She does not want to be remembered as a stuffy weirdo, and she’ll do anything to change her image. Amy is a little less interested in this route, but when Molly declares a “Malala” — an annual request that once invoked, cannot be denied — she and Amy get busy getting crazy. Booksmart follows this evening of hijinks to hilarious and moving ends.

It’s not often that a raunchy coming of age tale features females as its protagonists, and much like Bridesmaids before it, Booksmart makes it clear that the absence of a Y chromosome is not a liability. Women can be just as horny, reckless, and entertaining as their male counterparts, and to center a comedy around them is not a device for audience limitation. As I said in my opening words, girls and women everywhere will very likely be drawn to the identity aspect of having their teenage experience represented on screen by a team of female voices, but this is no reason for anyone else to feel left out. Booksmart is undoubtedly a crowd pleaser through and through, and one which is so goddamn funny that it’ll easily slip its feminist messages past those typically resistant. It might even be able to open them up to more progressive thought.

A star is born in Beanie Feldstein whose scene stealing performance in Lady Bird first put her on the map. She will undoubtedly be making more and more appearances in films, and has proven beyond a shadow of a doubt that she’s just as capable at playing a supporting role as she is of carrying a film. That said, it’s Kaitlyn Dever who runs away with Booksmart. As a shy young lesbian whose limited experience runs contrary to her inspiring self-assuredness, she is often tasked with evoking heavy drama in tandem with acting as a straight man to Feldstein’s more expressly comical persona. The result is enough for me to want to tout this duo as the next great comic pairing…if only I weren’t that much more excited to see what each will do as individual performers.

Supporting turns from Will Forte, Jason Sudeikis, Lisa Kudrow, and Billie Lourd fill out the colorful comedy palette, lending an air of legitimacy to a movie so funny and smart that these notable names are just cherries on top of an already delicious sundae. Whatever Olivia Wilde makes next, consider my ticket purchased.

Booksmart was released nationwide on May 24, 2019.