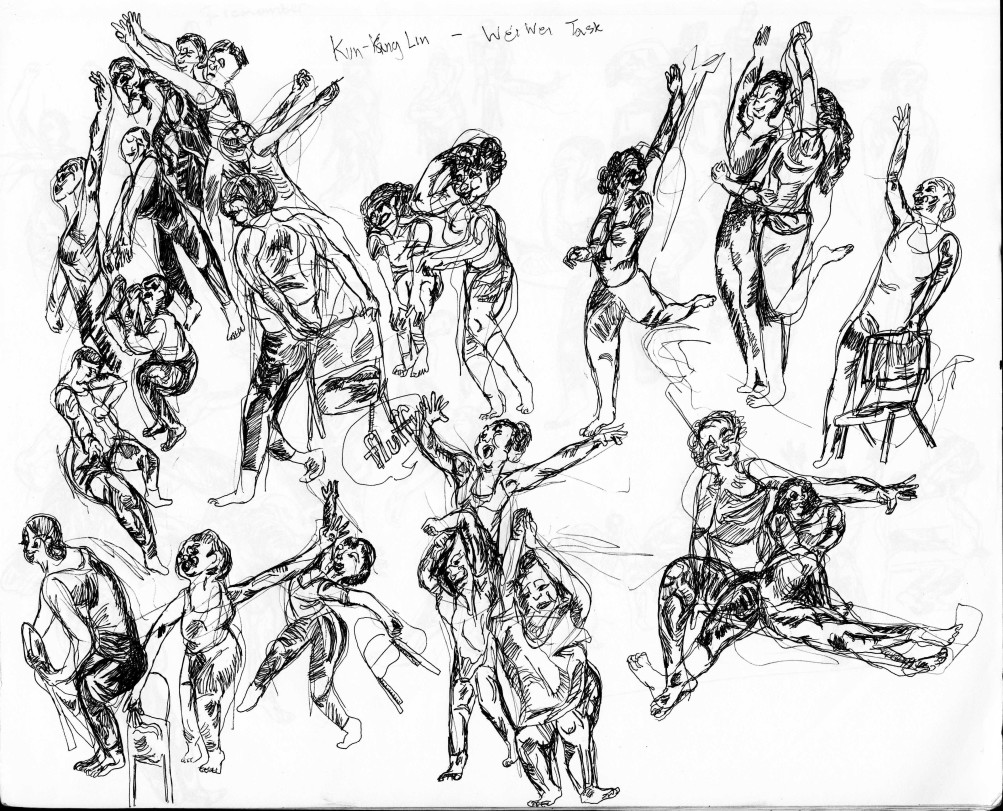 The You Be The Judge fundraising event at the Sculpture Courtyard in Fishtown happened earlier this month, but Kun-Yang Lin and Dancers will be at the Annenberg center live in April. The sketches from the rehearsal showed some of the choreography created by three dance artists, Liu Mo, Evalina Carbonell, and Wei Wei Ma. The professionalism and intensity of the studio demanded the artists to run through the show before the upcoming fundraiser, and an additional performance at the Performance Garage. The dancers in the first half of the rehearsal recreated accented moments that vocalized Spanish, or Portuguese. The duets formed connections, placed distance between the worlds, and people which different languages emphasis.

After the first part of the rehearsal, Kun-Yang Lin, directs how the feelings should be experienced by the viewer. The experience of the performance, and the internalized anatomy that asks the dancers to transform on stage took a turn into Lin’s philosophy. To be here and to give a feeling to a presence that Lin prompted the dancer to over extend himself or herself because of a theory that it is invisible until there is a real exchange of thought. It gives off a feeling that everyone remembers. The dance portrayed a narrative that acted unpredictably in and out of character. Lowering and raising our focus from the foreground and to the background, through a number of solos, duets, and group movements. 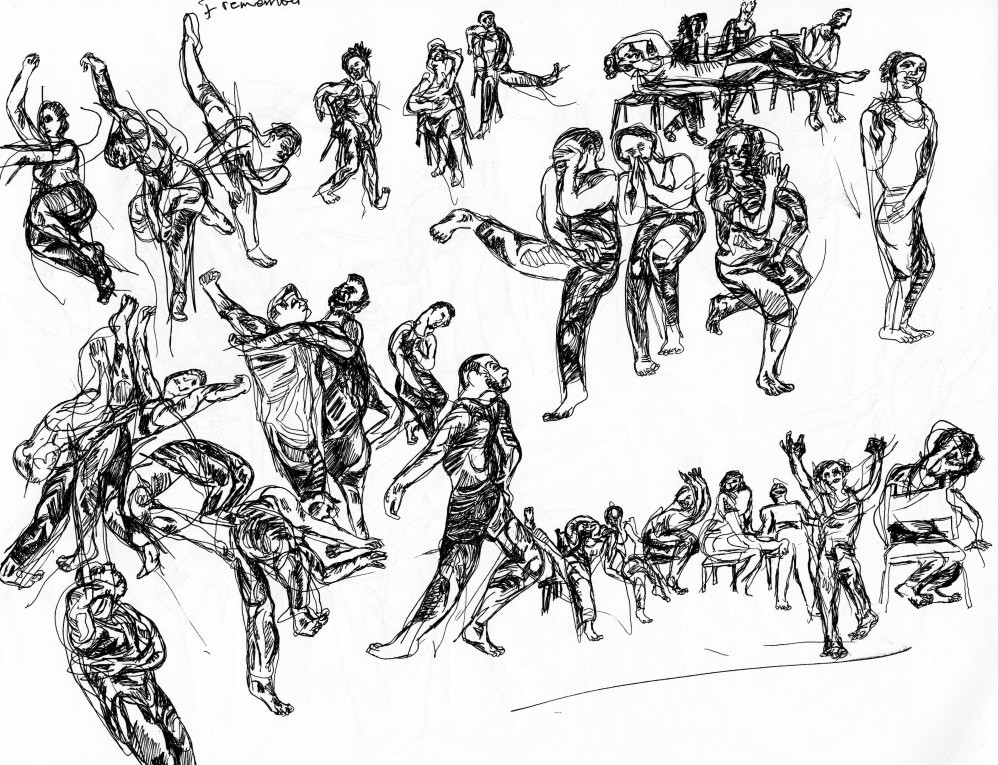 Memory was a sheer fabric that cast over the group of dancers. The intangible fact to remembering the past redirects us to think about what we remember. The photograph, the dream, and most of all the immediate reaction we as the audience get from dance all re-imagines these cognitive experiences that substitute the physical world. The back wall was lined with chairs, and the dancers’ postures all slumped down and shifted into various positions. A levitation of a dancer, and the poised dancer assist one another to create an effect that embraces the neutrality of space and time. The control of their bodies was instantly recognizable through the five hour rehearsal. Wei Wei Ma’s Fan dance was a feast at the end as the men and women rave, and ushering in a giant fan that creates a windmill that reveals the power of wind and the solid structure of dancers. 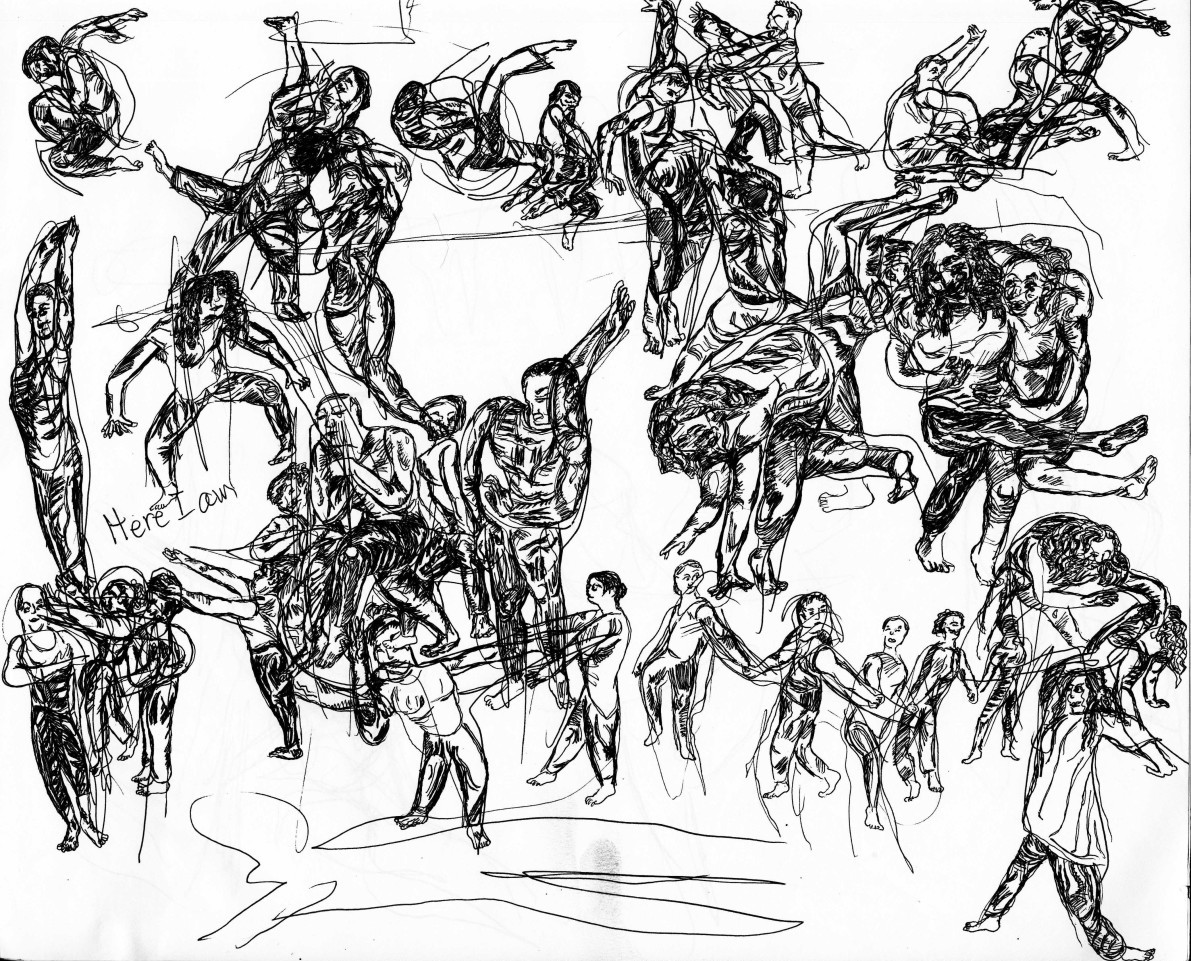