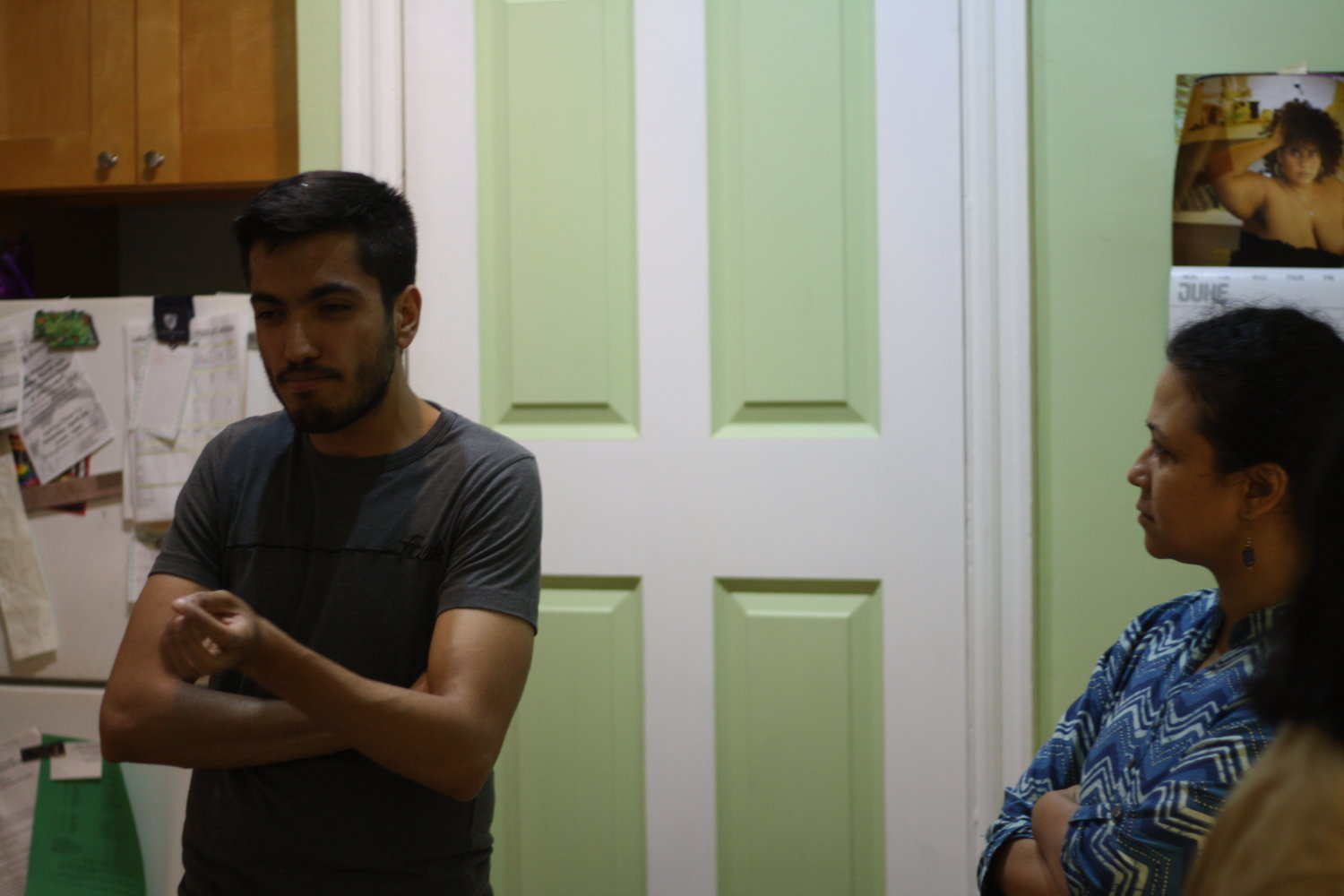 While dough rises and spices roast, Shreshth and the audience traverse a culinary landscape marked by family memories and ancient myth, and juxtaposing stories of contemporary queerness and stories of queerness in Hindu mythology. Shreshth talks to Phindie about the delectable new show.

Shreshth Khilani: Dinner is kookum kadhi, a (vegan and gluten-free!) Sindhi stew which my grandmothers made for me while I was growing up in India. But instead of being cooked by my grandmothers, it’s cooked by you— with instructions from me in my kitchen. Also feeding us will be a puffed rice salad, a huge stuffed kulcha, rice, and stories from my queer/immigrant experience.

Phindie: What were you doing when you had the idea for this show?

Shreshth Khilani: I was in this same kitchen, cooking an Indian dish from my childhood, while my mother (on a video call) guided me through the steps.

Phindie: What are some of the themes of the piece?

Shreshth Khilani: Immigrant Kitchen is all about the centering the complexities and nuances of being the “other.” It is about the roles of femininity in my life, my queerness, my grandmothers’ cooking, and gender fluidity in Hindu mythology. 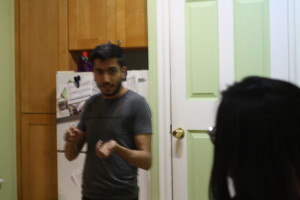 Phindie: What makes the in-kitchen performance ideally suited for the stories and themes of the piece?

Shreshth Khilani: In a kitchen, we can move through sensation and memory together in a way that we couldn’t in a theater. An invitation to my kitchen is an invitation to share space, smell, taste, and sound with me: the narrative is punctuated by chopping, sizzling, and kneading.

In the stories, I’m sifting through my own sense of belonging in various communities—and when we sit down for the meal, we inevitably end up forming a new community.

Phindie: What parallels do you see between preparing a meal and creating theater?

Shreshth Khilani: There’s a recipe that has been passed down through generations, which is like a script. Every time you cook/perform, you’re looking to replicate something familiar and also hoping to find something new.

Phindie: Do you have any recommendations for Philly restaurants or theater shows we should check out?

Shreshth Khilani: A show I’m going to this coming month is Headlong’s Perfect Day. And since I’ll be in the neighborhood, I’ll definitely stop by Hardena, which serves some of my favorite food in Philly.

Immigrant Kitchen is created and performed by Shreshth Khilani, directed by Jeremy Cohen, and supported by a Leeway Foundation Art and Change Grant.