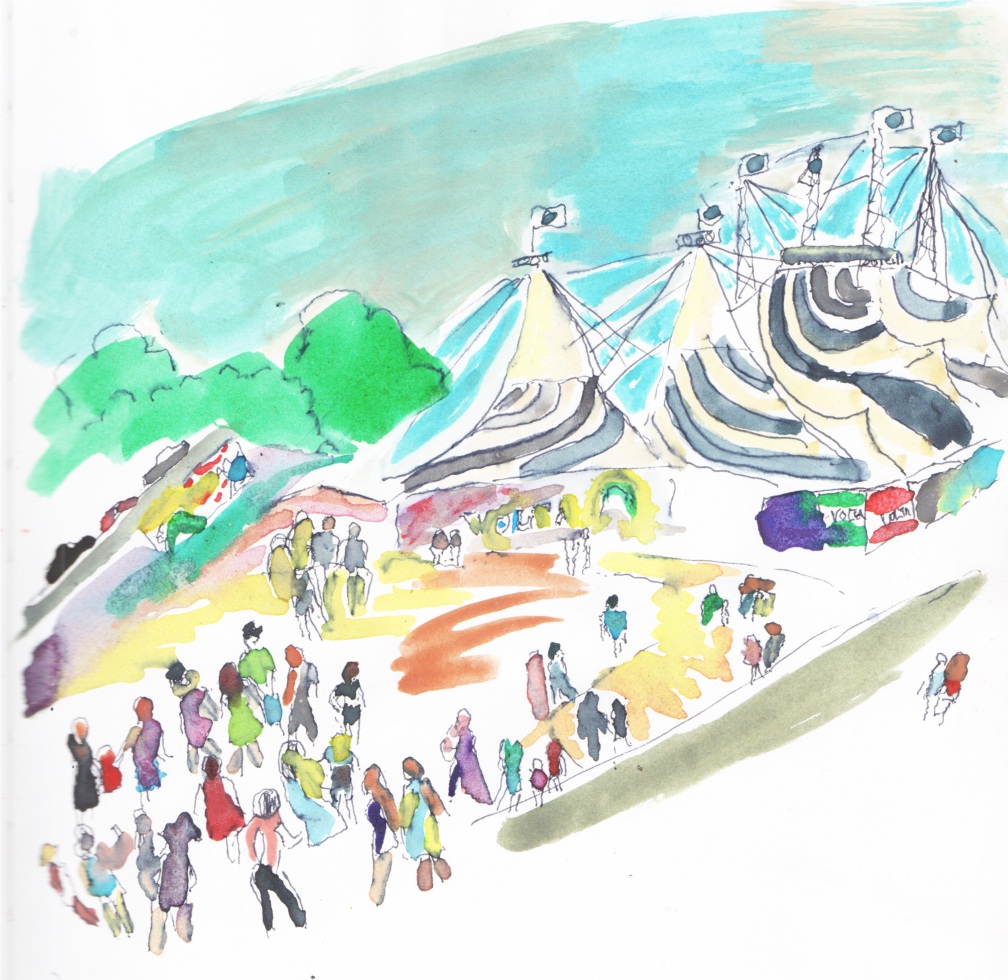 In Oaks, PA, Cirque Du Soleil invited audiences into a Big Top tent pointing to the sky with a grey and white swirl topped with flags, lights and VOLTA’s theme colors.

VOLTA is a performance that mashes together contemporary theater with classical circus arts to create a narrative with a powerful central message to “find your free.” Before even stepping into the 2500 capacity room, the slogan builds people’s enthusiasm to enter a world of amazement—one that will inspire each in whatever journey brought them to the circus that day.

The stage is a circular ring offering unpredictable views wherever one may be sitting. The interplay of colored lights and contrasting outfits accompanies the narrative all throughout. The spectator’s attention swings away from the center of gravity onto the ungrounded acrobatics ranging from trampolines, ladders, lego-house looking platforms, hanging ropes and invisible threads and—to close off—BMX bike stunts. 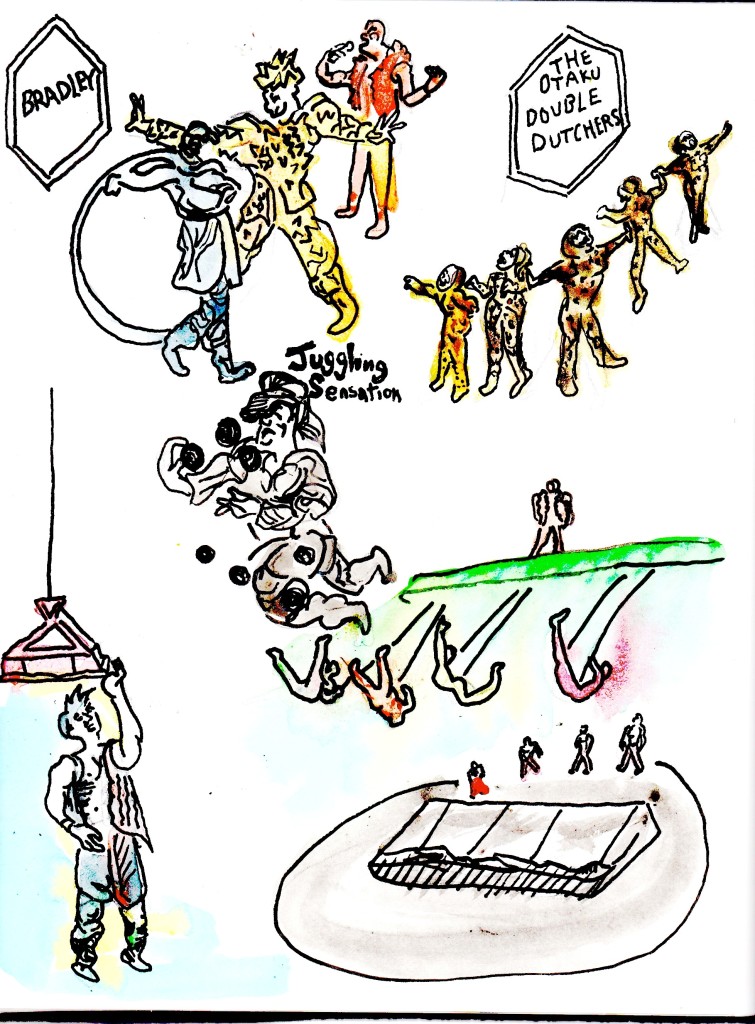 It all starts with the Mr. Wow Show, where a variety of performers seeks to impress the one and only king of the stage: Mr. Wow. In his bright, luxurious golden-coated costume, Mr. Wow’s mass of gold spreads charisma and pride on the stage, intimidating the contestants and inspiring them to give their all to the performance. 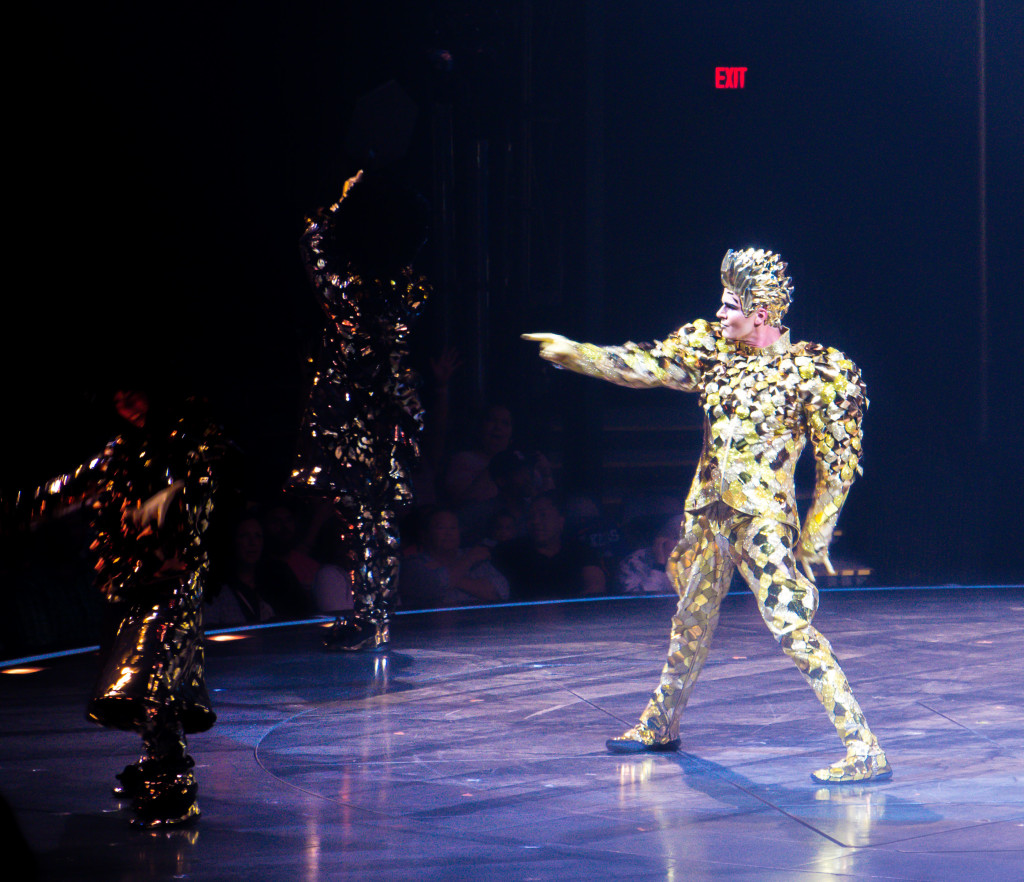 A series of diverse acts follows, from a regular juggler to a Cyr wheel dance between a man and a hoop. The Double-Dutchers’ rope-jumping hypes up the crowd and builds momentum for what the show has in store. 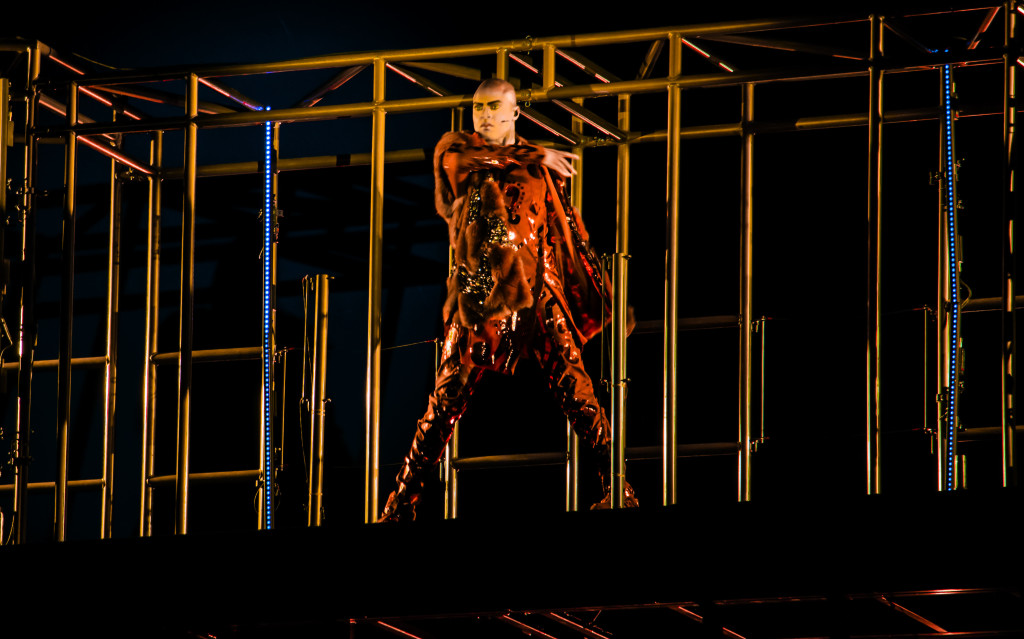 The Showman was the ringleader who introduced and accompanied the performers with vocals that uncovered a sublime anthem about freedom. The hypnotic pendulum of acrobats launched into a continuous loop of bodies flying above the stage. The tumblers on the ground intertwined with the aerialists policed by the Showman standing majestically in the spotlight on a bridge above the stage.

As the storyline advances, it becomes evident that we are witnessing the journey of Waz, a blue-haired young man played by two different performers. The duality of his character – between stuntman and dancer – becomes all the more familiar. One by one, the acts take us deep into his psychology – that of young boy lost in the realm of uncertainty, searching for his identity and experimenting with different forms of expression… until finally “finding his free.”

Waz is full of hesitance when riding a bike or jumping through hoops. He is encouraged by a girl on roller skates and acrobat camarads to explore his talents. The uncertainty continue to haunt him as he climbs up the red lantern in pursuit of a “light” to guide his path. Finally, the cloud of confusion exits the stage and makes room for the new Waz – a confident, wholehearted, passionate dancer. His ballet/contemporary jazz solo brings the crowd to awe and inspiration.

Spectators of all ages seemed to have found at least some bits of this show to relate to. At times, it was mainly the children laughing at the clown struggling with dishwashers. Most likely, scientists amongst the crowd were wondering about the kinetics and dynamics behind the buddha-like woman hanging by a thread from the tip of her crown. Fans of gravity defiance enjoyed the bodies free-falling onto trampolines or flipping their bikes in the air to land on two wheels and a steep ramp. 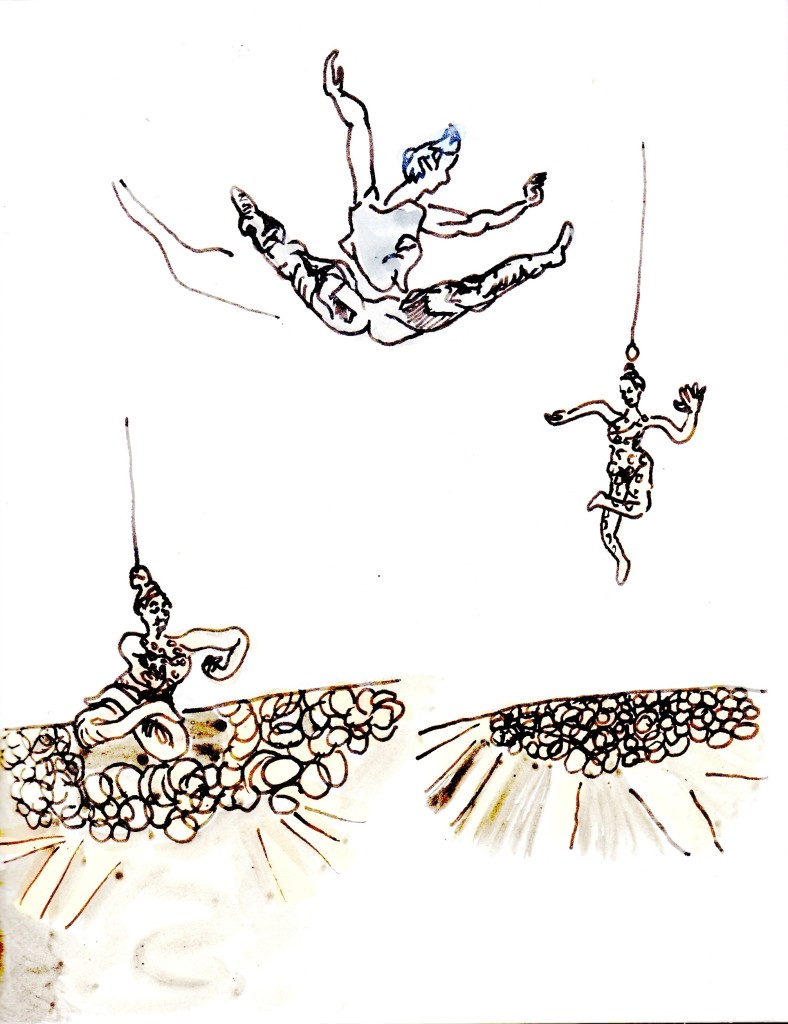 All in all, VOLTA was a performance with both visual play and psychological depth.