Of all the authors I curated for Curate This (from which this piece is republished), Sean Lynch is my most recent acquaintance. He appeared on a short-run podcast I co-hosted to promote his poetry collection Broad Street Line. I was struck by the way his verse was informed and infused by political awareness, while remaining grounded in the concrete details of the everyday people affected by elite political decisions. This focus on accessible, independent, politically informed work can also be seen in Whirlwind Magazine, which he edits. I asked Sean to submit a piece on the real issues that art can address, and he did, using his art.
—Christopher Munden, editor 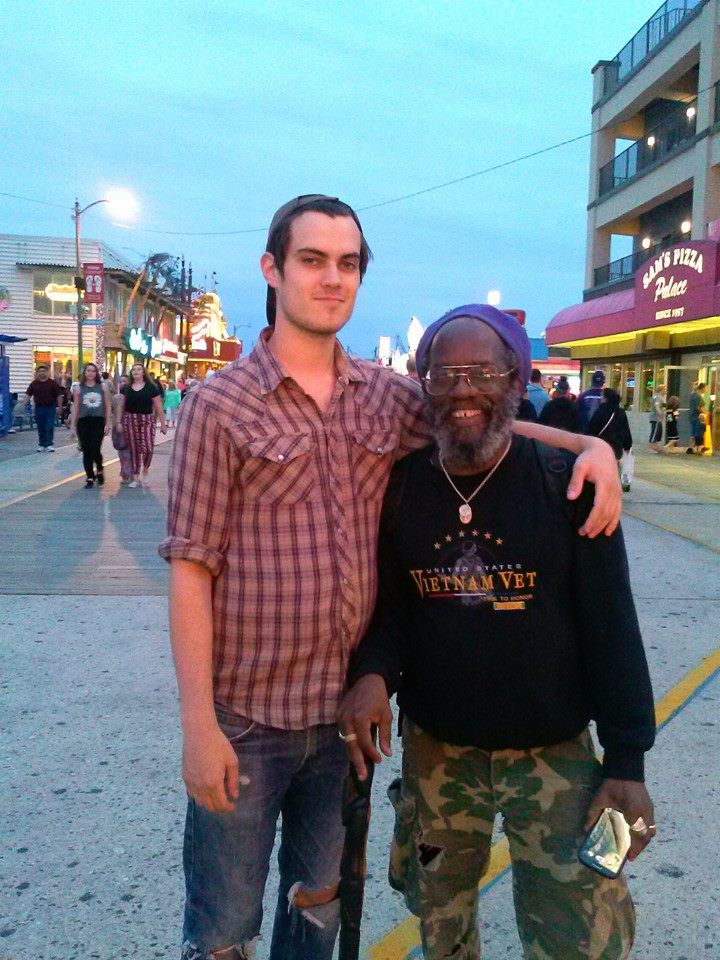 The shooters are invisible from the artist’s point
of view, beyond those dunes firemen ignite
fuses that cause colorful explosions

because the sky seemed too blank
a canvas, bodies of gold light live
out their finite lives like fish that float

above the beach and boardwalk stuffed
with herds of tourists, sparks spread
in predicted paths toward the abstracted

as ash rains on wood and eyes aimed
in arcs traced thousands of miles east
through the ocean that separates minds.

where smoke pours in like blood brewed
in boiled over data. The artist is asked,
“what’s wrong?” There’s no easy answer

except that fireworks disturb too few
Americans without ptsd, everything out of context,
everyone commoditized. The artist glances

at young men in blue who holster death machines,
sport childish faces, pimples, and crew cuts
or even Mohawks in mockery of the extinguished natives.

These officers of the peace laugh at girls
wearing booty shorts stamped with male names.
This is the Wildwood boardwalk

where toys made by the enslaved a half a world away
sell as bounty won by local boys for lust,
where the feasting Gerasene swine arrest

a dreaded kid who stole some paltry item
and will be branded criminal for life.
They’ll shoot him if chance begets

the moment, but Jesus will not drive
this legion into the sea. No one
bears witness on the boardwalk.

And yet something doesn’t feel right
to the man commissioned to draw a child.
And the parents cajole the artist

as to why he can’t do his job
any faster; it’s just a caricature.
The artist is no longer immune to violence.

Close by in a makeshift
storefront aquarium more consumers
gather. A hooded boy dumps the contents

the scene with smart phones
waiting, gazing at the tank now
clouding under a sign that states:

As sharp teeth turn yellow bodies into red clouds
and deafening explosions are cheered
by the crowd, the artist places final touches

as the kid’s corpse is covered
in luxury goods: jewels, designer clothes,
electronic gadgets and the like.

The parents gasp and grab
passing authorities to nab the perverted
artist who sits in catatonic disassociation.

Then a smile appears as the officers
place handcuffs onto his wrists,
since the fireworks have finally subsided.