Shakespeare in Clark Park’s production of TWELFTH NIGHT by William Shakespeare, shared with the West Philadelphia neighborhood rock, glam, and punk. These musical genres redefine people throughout history and rewrites it too. They unmistakably questioned whom was in control and how music cleanses the soul. Shakespeare in Clark Park this year was a modern take on the subject of love and equality. Angela Bey played Duke Orisino perched up on a throne above the lawn chairs and picnic blankets in the audience for most of the play. The play began with a fool who jests the courtly residence, by wringing them by reminding everyone to play on! Feste, played by Jessica Conde, provoked an outwardly free expression by singing songs of David Bowie, Roxy Music, Freddy Mercury, Queen, and Little Richard. Shakespeare’s times corroborated patterns of ego that still drive the modern world mad. 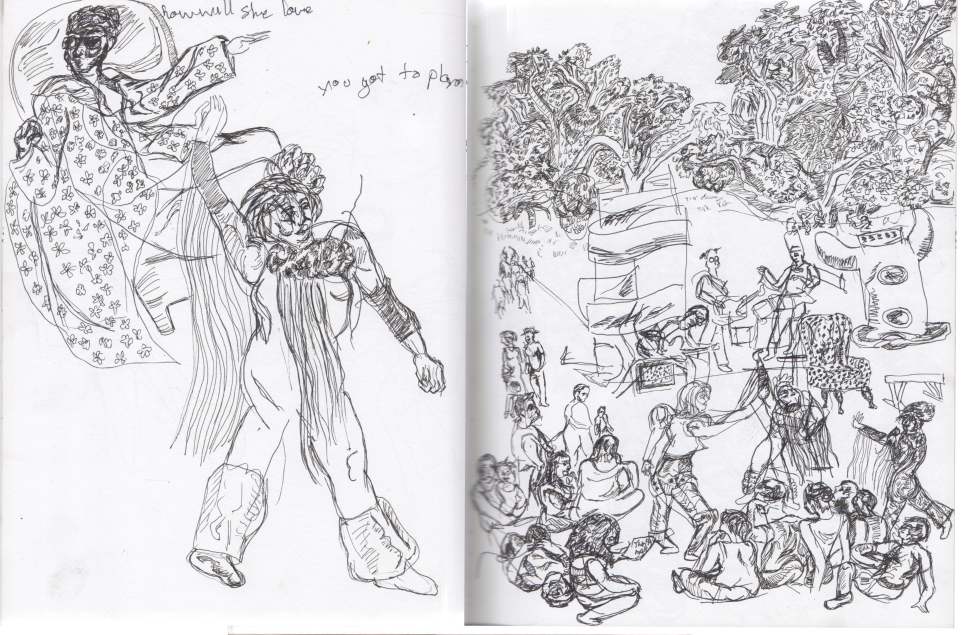 Olivia, played by Christina May, falls in love with the messenger. First Pax Ressler’s Viola must be degraded to fit with the established hierarchy. The ill-sorted beauty of appearances and corrupted temperament elegantly smirks at one another’s nicknames, or known place in society. Malvolio, played by Shamus Hunter McCarty, was the supposedly virtuous kind, but he was put to the test by Maria, Sir Toby, and Sir Andrew. Director, Jack Tamburri’s saucy introduction of the Duke Orisino and Feste illuminated the silliness of regal cookie cutter roles. 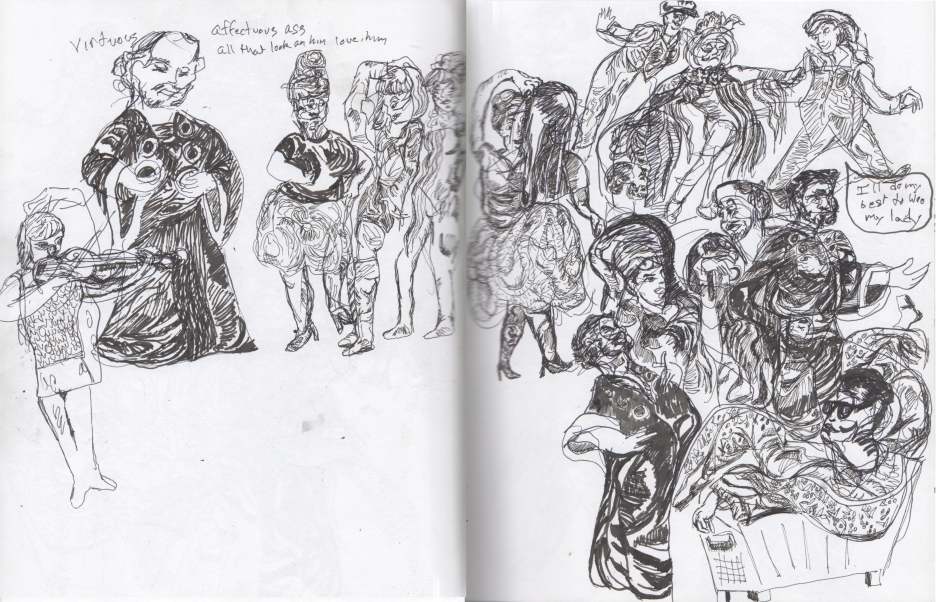 Feste was the clown with a blue painted face on and, covered in streamers and feathers. Maria a small petite female was played by Rob Tucker. Sir Toby Belch with a mustache was played by Jenna Kuerzi. Sir Andrew Aguecheek played by Jose Raul Manuel, was said to have a favorable descent compared to the other attendants of Olivia. They portrayed a undignified manner, by sitting in the audience, it made those who came to see the play feel a real upright rudeness. It was a scornful sight. Olivia’s beauty was unveiled, but their zeal was disguised. The comedy of Twelfth Night resembled a lost memory or dream. The actors, director, and audience mix up Viola, played by Pax Resseler, for their twin sister, Sebastion, played by Bailey Roper. Anxiously, the message had been delayed. Duke Osirino’s gaze was misinterpreted by Malvolio. The climax of the performance at Clark Park was after the sun went down, and Malvolio returns in harlequin’s attire. 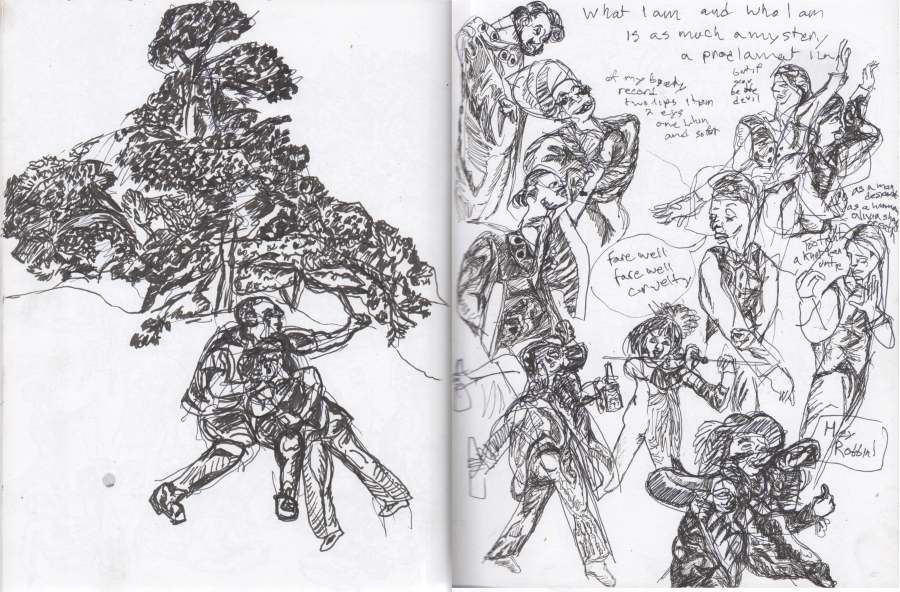 The mischief of appointing the title of fool or clown to one character, in the midst of romance, ultimately showed Malvolio’s shame. Feste, the singing fool was a third part of each romantic love in the play. An allusion to gender identity; the attraction between Valentine, played by Carleigh Spence, and Antonio, played by Nichalas Parker, was imagined out in the middle of a field. Distinct differences in love across the comedy mixed up Viola with Sebastian, and the Duke came down off her throne to kiss Sebastian.