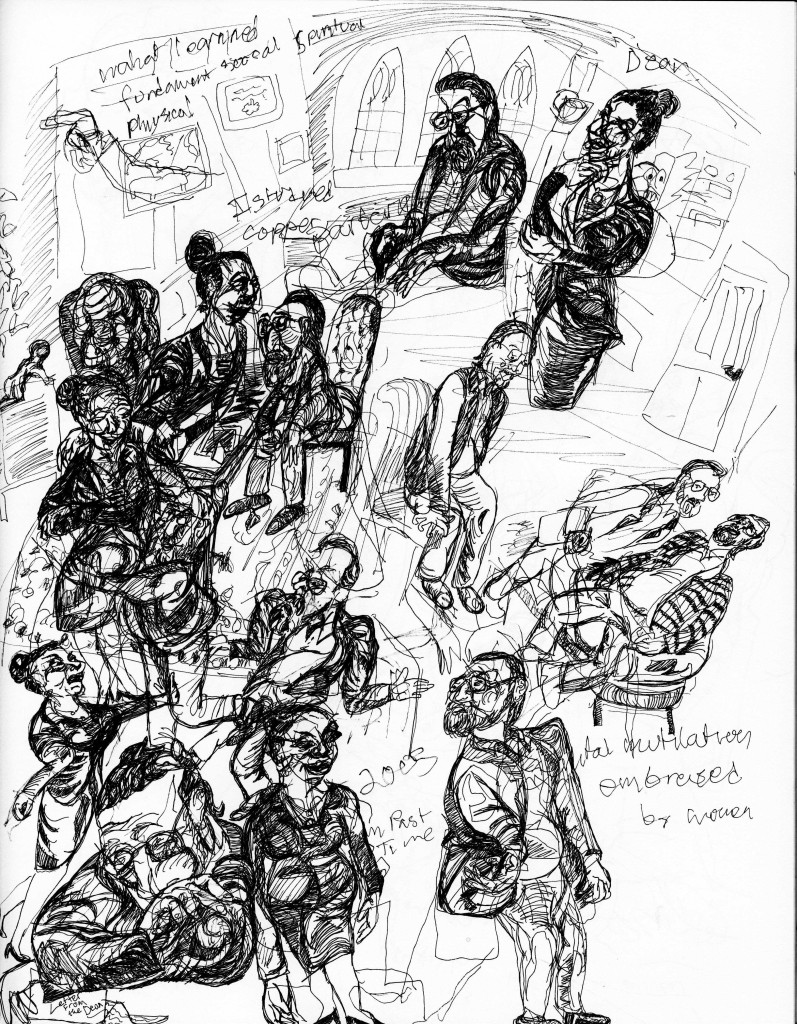 Shweder honored the theater for being a way to communicate, and engage on a taboo: “the M word” (referencing “female genital mutilation”). He appreciated the art as an outlet for academic writing to get out of academia. The issue of gender inclusion and equity came down to the current court case in Michigan, a historical genital cutting trial.

Shweder traces the story to the British African colonies, when colonialists were worried that the population would be decreased by FGM (female circumcision). In 1980, an anthropologist reported that there is a problem with the dangerous harm that is caused to the female body. This lead to British missionaries inspecting genitals before admitting them into the school. An invasion of privacy is at the heart of this sacred female initiation ceremony.

My question is how can anthropologists question something thought of as sacred? Dr. Shweder came to the same conclusion: That if this court case in Michigan rules against a Muslim doctor for circumcising women, then the male circumcision in the Jewish orthodoxy would be next up for batting practice in the courts.

Shweders is in favor of cultural pluralistic views that forms a global consciousness for cultures and their belief systems. The other side of it is a universal view point that is basically an ethnocentric view that there is only one truth to things. This is how I thought maybe Seth Rozin’s presentation of HUMAN RITES by Interact Theatre Company may be a feminist view point on the arguments that are standing up for the body of women. Feminism after all is the support of equality, the body and the soul. The feminist stance on the matter revolves around the love relation, Alan, played by Joe Guzman, and Michaela, played by Kimberly S Fairbanks. The set design by Collin McIlaine shows how the topic of regulating a sacred act consists of a place for religion (Gothic windows), business (Desk), and an intimate setting (living room). The players emphasize the funding for academic studies and the benefits of knowledge, but neglect the necessities for food, clean water, and other amenities.

One Reply to “Talkback in Sketch: HUMAN RITES (InterAct)”