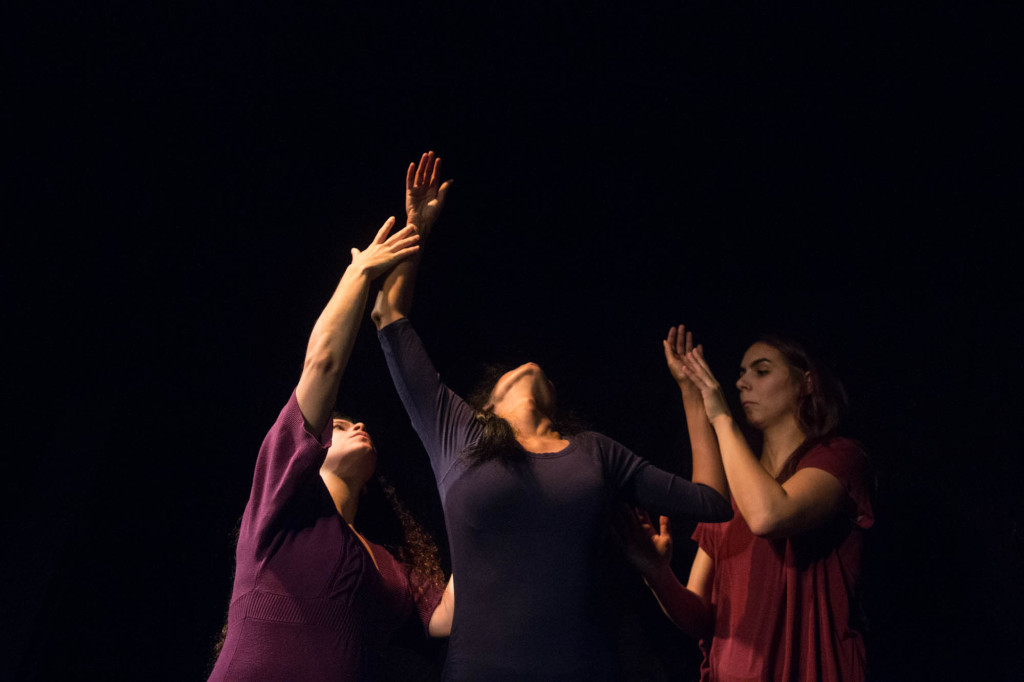 The second (re)Focus Fest brings together four companies using performance to spark discussion about narrative, perspective, and history. Through poetic dialogue, immersive soundscapes, and lyrical movement, Kaleid Theatre, Pratima Agrawal, Alma’s Engine, and TS Hawkins meditate on gender, race, sexuality, class, and everything in between. Each will share their performances as part of the 2018 (re)Focus Fest, from April 5 to April 8 at the Rotunda in West Philadelphia.

“Each of our artists come from different parts of the city,” said Sarah Mitteldorf, artistic director of Kaleid Theatre. “We really hope this festival will bring together people whose paths, and thus perspectives, might not cross otherwise.”

(re)FOCUS Fest began in 2016 as an opportunity to (re)focus on themes that are all around us, but difficult to see, explore, and discuss. In 2016 the artists grouped together to tackle the concept of privilege. This year  the artists will investigate reclamation. In a time where it feels like our history, our culture, and voices are being robbed; how do we reclaim what has always been ours?

The structure of the festival itself is built around the concept of sharing perspectives. Each show will be
performed in duet with another show, immediately creating dialogue. All tickets ($10-20) will be festival passes, which will grant access to all the performances. In addition, the ensembles hope that this festival format will bring people together from the different parts of Philadelphia to further share diverse perspectives.

Kaleid Theatre (as in kaleidoscope, as in collide), a physical theatre ensemble, will explore the power
structures inherent in reclamation, the language of accusation, and how each may implicate our society today with a new piece, Titles Are For Little Witches: The Salem Bitch Trials. The work explores the history of
early America in terms of accusation and fear, feminine power, and how to reclaim our inherent power as human beings. Features Becca Khalil, Kaitlin Davis, Rachel O’Hanlon-Rodriguez, and Minou Pourshariati.

Pratima Agrawal will present her solo performance, Voided, inspired by the true story of Kalpana
Chawla, the first Indian female astronaut in space, who died in the 2003 Columbia accident.

Alma’s Engine Publik Private, created and starring Eppchez!, is a physical and poetic exploration of the inner lives of Publik Universal Friend and la Monja Alferez (the Nun Lieutenant), two unique historical figures that determined their own authentic gender.

TS Hawkins’s Cartons of Ultrasounds will run under the direction of Cheyenne Barboza. This
international author, poet, and playwright returns to the piece which debuted in Philadelphia with BRAT Productions in 2011 before heading to Off Broadway in 2012. It explores how society breeds womyn into silence and seclusion. With scantily clad images, pejorative song lyrics, and abusive homes heightening the maltreatment of the female form, the piece investigates how we teach womyn to be the missing, the raped, and the forgotten.