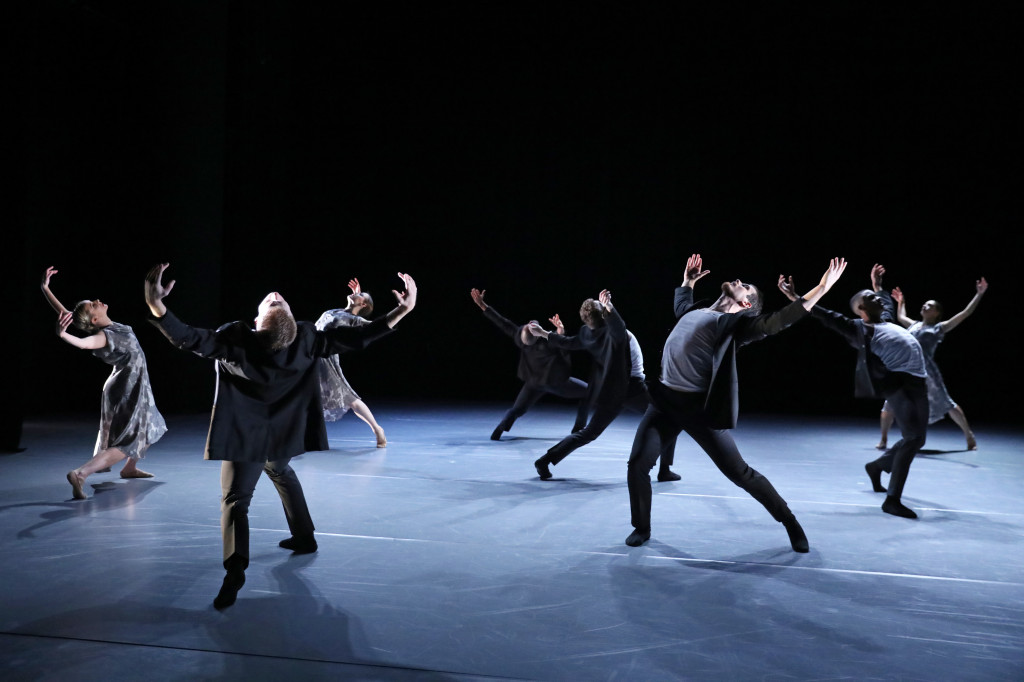 On November 29, 2017, BalletX opened its 2017-18 Season with BEAUTIFUL DECAY, an evening-length performance choreographed by Nicolo Fonte that the company first premiered in 2013.

While the title may imply something oxymoronic, BEAUTIFUL DECAY explores how beauty evolves as we age. (“Decay” may be too strong a word, betraying a youth-centric mind and culture as it tries to evoke the aging process.) To juxtapose life stages, the BalletX company performs alongside a senior couple — casting alternates between special guest artists Brigitta Herrmann and Manfred Fischbeck, and Brenda Dixon Gottschild and Hellmut Gottschild.

As the company dancers demonstrate dynamic facility of ballet technique as well as strength and agility in performance, the overwhelming talent portrayed on stage emanated from the modest, meticulous, and powerfully emotive movements of the senior guest artists. While the time in their lives for leaps and large leg movements has since passed, their masterful command of movement and prevailing stage presence was the apex of the performance.

The differences between the two generations’ capabilities, in terms of physicality, was drastic and, often, glaring. At times, the company dancers’ athleticism seemed ostentatious – their running circles around the senior dancers slowly traversing the stage. What’s more, the company dancers’ progression, as they ‘decay,’ focused too heavily on awkward sickling and pigeon-toed movements; lacking nuance and a bit on the nose.

That said, without the strong contrast in physicality, we wouldn’t know what was beautiful decay.

Another interesting juxtaposition in BEAUTIFUL DECAY, lies in the musical selections for this choreography. Between excerpts from Vivaldi’s Four Seasons and contemporary pieces by Max Richter and Olafur Arnalds, we again see the contrast of time through art – the subtleties and differences between generations (albeit, these composers have centuries, not decades, between them).

Overall,  is a poignant reminder that while youth is fleeting, beauty is not.