Philadelphia has just feasted upon opera – and not just Mozart. In their festival, Opera Philadelphia made sure they gave people a taste of what they said they wanted, and this means going beyond the often stiff pearls and tuxedo affair – in fact, Opera Philadelphia even produced an opera where they encouraged the audience to walk around and even mingle with the singers. This company is courageous in trying new things – and not just this year.

From their commissioning of Andy – a Popera, a cabaret-style opera performed by John Jarbo and the Bearded Ladies in a box warehouse on North American Street, to Breaking the Waves, an opera by Missy Mazzoli based on Lars von Trier’s shocking film in which a young paralyzed man asks his wife to have sex with other men, Opera Philadelphia has commissioned new works with the guidance of Sarah Williams, New Works Administrator.  Their temerity has paid off.  Andy – a Popera, which was much more a pop cabaret than a classical opera, drew a hip young crowd into a venue which had none of the formality we associate with classical performance.  Breaking the waves, with its full nudity and simulated sex on stage filled the audience with young people and was declared by the Music Critics Association of North America to be the best new opera of 2016.

My O17 experience began with preview events for We Shall Not Be Moved. By sheer coincidence, I had just visited the site of the MOVE bombing after learning about a group of young students from Jubilee school demanding that the site be granted a historical marker.  But Michael Bolton, Vice President of Community Initiatives for Opera Philadelphia, was way ahead of me.  He had been working with high schools in a grant-funded program with Valerie Gay, Executive Director of Art Sanctuary, and they had been inviting composers to put student poetry and rap to music for years. At the Opera Philadelphia preview event at the Salem Baptist Church in Jenkintown, I heard Daniel Bernard Romain, composer and Bill T. Jones, choreographer, explain how they were inspired by these teenagers to write an opera about their social issues and concerns.  I heard many of those young people in a presentation at the African American Museum of Philadelphia, and in another session, I learned about the MOVE hearing and listened to MOVE survivor Ramona Africa. 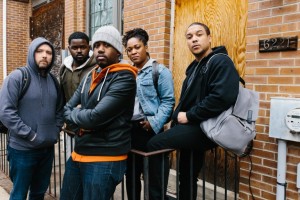 The resulting work, We Shall Not Be Moved, was set to a surprisingly melodic score (Daniel Bernard Roumain) and the staging was perhaps the most inventive of all, with videography showing Osage Avenue, presenting ghostly images of the haunting spirits of 1985, and scrims giving a shadowy profile of the orchestra. The choreography (Bill T. Jones) was superb, weaving the ghosts around the living in a vivid portrayal of emotions through movement. John Blue’s (John Holiday) mellifluous counter-tenor, Glenda’s (Kirsten Chávez) rich mezzo-soprano, and John Henry’s (Aubrey Allicock) resonant bass-baritone were beautiful and quite moving in their performance.

Magic Flute, with libretto by Emanuel Schikaneder and music by Wolfgang Amadeus Mozart, would never be boring, but the British Film company 1927 production managed to enhance some aspects and to make others a bit corny. The classic opera was still quite present, with Maestro David Charles Abell jumping into the overture with a quick pace and keeping that movement going – as well he had to since the entire production had to be synced with the videographic effects. Papageno (Jared Ott), was perfect in his comic movements and singing, but I missed some of the physicality and bird-chasing which were out of the question as he was strapped into position.  The Queen of the Night (Olga Pudova) has a high register which could easily navigate the treacherous notes of her aria, Die Hölle Rache. She wore a spider’s headdress and had insect eyes and the videography gave her enormous spider legs. The children who sing the spirits were also enhanced because they appeared to be hovering in the air like angels.  But I missed the First, Second, and Third Ladies being able to kiss and fondle our prince Tamino as he sleeps, and I missed having Papageno wield a bird net, but the production added many of the masonic symbols which are often too subtle in traditional productions.

Elizabeth Cree, libretto adapted from the novel The Trial of Elizabeth Cree by Peter Ackroyd had wonderfully quick pacing. The musical score by Kevin Puts, which included his original vaudeville-styled songs, and the finely etched libretto by Mark Campbell really represent the most well developed work of the festival.  They also incorporated videography to present graphic murders and a large vision of a diary which was part of the terribly misleading evidence. The libretto had perfect balance – starting and ending with a “Hear we are again” and keeping the audience on the wrong track the entire time. Daniela Mack as Elizabeth Cree and Joseph Gaines as Dan Leno kept the pacing beautifully, and, of course, Maestro Corrado Rovaris made the most of the music, keeping the pace with style and musicality.

The Wake World, a musical work created from Liber XCV of Aleister Crowley’s bizarre notes on his fantastical religion, was the antithesis of the staid opera. The setting of a raised stage in the middle of the atrium at the Barnes Museum with the cast jumping on and off and mingling with the audience while singing was intimate at best, and the audience was invited to walk around with them.  We heard two chorus members, female, who were fairly far apart but near us, blend smoothly in harmony as if they were in a church chancel. The sound of the very reduced orchestra was also eerily effective. Conductor Elizabeth Braden made the most out of David Hertzberg’s score which was clearly too long. Costumes (Terese Wadeen) were amazing – from Lola’s little Renoir dress, whose sash came unraveled with one pull from her pursuant prince, to the designs allowing characters to ‘strip’ to negligees and pull neatly restrained hair into long flowing tresses. Lola (Maeve Högland) and The Fairy Prince (Rihab Chaieb) kept up the agility, singing, and acting in an almost Olympian feat of endurance.

War Stories presented a scene from Monteverdi’s seventeenth century opera based on Torquato Tasso’s 600 page epic poem of lust and war in the Cloisters of the Philadelphia Museum of Art. How can you get a better set than a few pieces of 12th, 13th and even 14th century artifacts and a French monastery and fountain? The room was so small they had to have two performances each night to accommodate the full audience. The second short opera, I Have No Stories To Tell You, had the same cast but moved the war to our time, and the set to the Great Stairs.  The orchestra, the same baroque combination of violins, viola, cello, harpsichord and theorbo, added an oboe. The sound was surprisingly modern and beautifully engineered by Daniel Perelstein. Sorrell (Cecilia Hall), Daniel (Craig Verm), and Noah (Samuel Levine) sang with a quiet immediacy that made me feel I was in the room with them. The chorus had the most beautiful lyrical writing from Lembit Beecher who composed the work while he was in residence at Opera Philadelphia.

This bountiful menu of music had something for every taste and plenty of innovations which may not be to everyone’s liking, but the national and local critics have already spilled much ink praising it. Opera Philadelphia’s festival has attracted many newcomers to the audience – some of whom would have never dreamed of attending an opera. David Devan, General Director and President has assembled an incredible team which has managed to find funding partners, to be innovative, to sponsor new works, to use new venues throughout the city, to produce a beautiful program book, and to make sure every detail was covered to allow smooth, professional performances of each work. Much credit goes to Michael Bolton, vice president of community initiatives of Opera Philadelphia, for years of outreach and for creating pre-opera events which drew public attention to the works and drew a widely diverse audience together to discuss the issues which reflect our time and our society.

One Reply to “After the O17: A reflection on Opera Philadelphia’s brave endeavor”