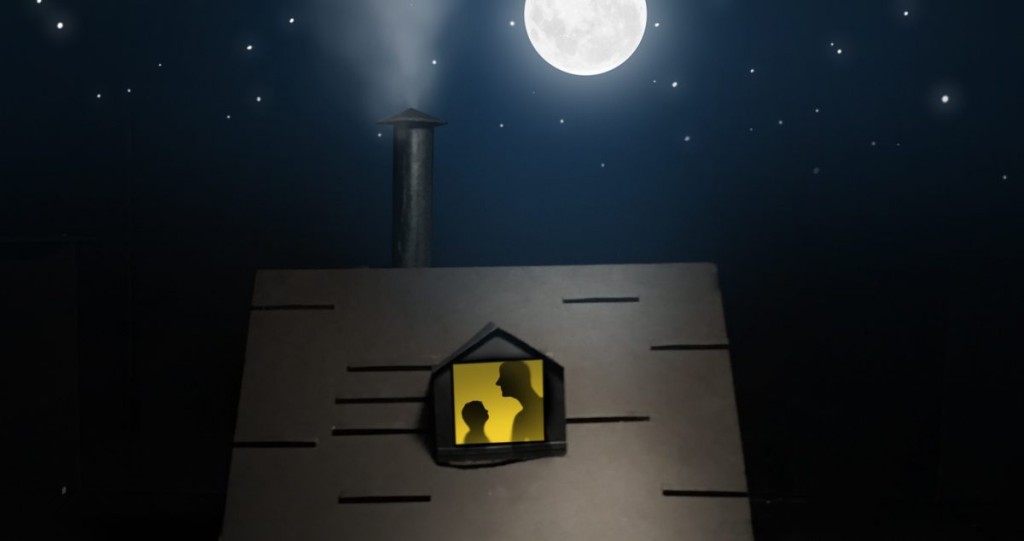 “A Billion Nights on Earth is at the same time an adult work for kids and a kids work for adults—or in simple terms, it is for three year olds and surrealists.” In a Thaddeus Phillips production, nothing stays the same for too long. Using anything from projections to puppets, everything is malleable, from characters to inanimate objects to time and space. Innovative and spellbinding, his works have a fantastical edge and American Theater has called him a “shape-shifter.” For A Billion Nights on Earth, a co-creation with Steven Dufala coming to the 2017 Fringe Festival, Phillips uses kabuki stagecraft, bending assumptions about physical space and the stability of time. The story centers on a father and son who enter into new dimensions after discovering a portal in the back of the fridge. We got the chance to ask him about his process and the inspiration for this magical new work, which is for all ages.

FringeArts: How did the title A Billion Nights on Earth come about?

Thaddeus Phillips: The title references a loose idea of every night we have ever had on earth—perhaps not a billion but many many many nights of humanity and all animal life on earth has lived under the stars and looking up wondering what is actually happening and in awe of the awesome beauty of it. When you become a parent, for me you are reminded more than ever as you explain to your child about the stars and planets, about the fantastic and sheer shock of how amazing and unexplainable it all is. The show is inspired by being a parent and the desire to create not a work for children but a work that would be equally engaging for children and adults. A Billion Nights on Earth is at the same time an adult work for kids and a kids work for adults—or in simple terms, it is for three year olds and surrealists.

FringeArts: Can you briefly describe the set up?

Thaddeus Phillips: The instance that brought it all together was the playing with my son at the amazing Astrid Lindgren’s World Park in Sweden—on a play ground made from a roof with a window. This image is the basic for our design and the entire show. This roof is a magic box that slides and reveals interior and exterior spaces—as the show is constantly referencing minute details of life and huge questions of existence at the same time. The framework for the performance is greatly inspired from Japanese kabuki theater—in that each corner of the playing area is activated and able to change slowly and with transparent magic into wildly different locations. There will also be many large scale inflatables. FringeArts: How will the two performers be encountering the scenic and design elements?

Thaddeus Phillips: Michael and Winslow Fegley are a real father–son acting duo. The Fegleys are an acting family based in Allentown and we are very exited to be able to draw on their real relationship to create the father son for A Billion Nights on Earth. We are sending them through a magic portal in the kitchen’s fridge—in a simple quest some late night milk—Winslow is taking to an insane universe where any thing is possible. His dad son follows. What is exciting is to play with all the radically different places we can take these two very different characters through—and their totally different reactions to this universe they must navigate. The art elements that are characters include the sliding roof—which will seem alive with a mind of it’s own, as well as the various inflatable objects—making the design and art objects onstage have equal weight as characters to that of Winslow and Mike.

FringeArts: How does the creative process work with your partnership with Steven Dufala?

Thaddeus Phillips: Steven is an artist. And I have approached this collaboration with him not as a set designer, but as an artist and using his amazing and playful mind to really create an onstage artwork—in which the stage landscape is created from the his artistic perspective as a installation artist, sculptor and painter. We have done something I have never seen, which is to create a totally black stage design—that will serve as a palette to allow objects of color to pop of the stage in a striking way—it is the contrast between dark and color that we have been playing with the most as well as creating the most fantastical large scale images using the simplest yet surprising means.

FringeArts: What do you think has been missing from theatrical shows that are accessible to/for kids and families? How do you think A Billion Nights on Earth takes on some of those missing elements?

Thaddeus Phillips: Most kid/family accessible shows play on two levels—in which there are tongue-and-cheek jokes that go over the kids heads but don’t not relate to the kids – but are an attempt to make adults laugh—there maybe a better way in which a theatrical work, based on it’s sheer epic presentation can be magic for all audiences with no effort to play on two levels. This is the hybrid we are trying to create—and an absolute challenge. Creatively by consciously working for all ages, we are freed to really play with images and ideas and since we are shooting for a work for ages three and up—we can abandon certain confinements of logic and go for the fantastic—the idea being that the three year olds will love the pace and images while the eight year olds will read more of a story into it and the adults ideally will be tripping out.

FringeArts: What are some of the influences you are bringing into this show?